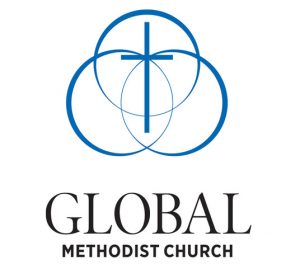 The Transitional Leadership Council, a 17 member team of theologically conservative Methodists, has released information on the formation of the new Global Methodist Church. The council said the new church will officially come into existence when a United Methodist General Conference adopts the implementing legislation for the Protocol for Reconciliation and Grace through Separation. Alternatively, if it becomes apparent that the leading bishops, centrists, and progressives who covenanted to support the Protocol no longer do so, then the council will consider bringing the new church into existence without delay.

“The primary mission of the Global Methodist Church will be to make disciples of Jesus Christ who worship passionately, love extravagantly, and witness boldly,” said the Rev. Keith Boyette, who serves as chairman of the Transitional Leadership Council. “Over the past year the council members, and hundreds of people who have informed their work, have faithfully and thoughtfully arrived at this point.”

With the announcement of the new church the council authorized the release of a comprehensive and detailed website (globalmethodist.org). It includes the new church’s mission statement, vision, information about its name and logo, a frequently asked questions section, and downloadable versions of the church’s Transitional Book of Doctrines and Discipline in English, French, Korean, Portuguese, and Spanish. The website clearly notes that “the Global Methodist Church is in formation” and will not officially launch until the Protocol is approved.

“It was a great honor to participate in such exhilarating work,” said the Rev. Philippe Adjobi, a member of the Transitional Leadership Council, a district superintendent in the Cote d’Ivoire Annual Conference and a General Conference delegate. “I believe the Global Methodist Church will fulfill the expectations and aspirations of local churches throughout Africa. They will appreciate focusing on what is essential: testifying to Jesus Christ for the transformation of the world.”

Adjobi and the names of the other 16 members of the council – men and women from Africa, Eurasia, the Philippines, and the United States – are listed on the Global Methodist Church’s website. The list includes laity, clergy, and bishops who believe an amicable and orderly separation is the best way forward.

The special General Conference in 2019 proved to be as contentious and divisive as many people anticipated when a Traditional Plan reaffirming the UM Church’s sexual ethics, teachings on marriage, and ordination standards was approved. Progressive and centrist United Methodists in the U.S. denounced the General Conference’s actions and resolved to defy the global body vested with the sole power to speak authoritatively for the UM Church.

Within weeks, small groups of centrist, progressive, and traditionalist UM Church leaders, quietly and often haltingly began having conversations about plans for dividing the denomination. A group convened by the late Bishop John Yambasu of Sierre Leone and guided by the world renown mediator Kenneth Feinberg hammered out the Protocol and its implementing legislation. The 16 member team included leading UM bishops and representatives from the major advocacy groups representing centrists, progressives, and conservatives.

The Protocol team released its plan in early January 2020 and it quickly gained the sometimes hopeful and sometimes grudging support of United Methodists around the world. It appeared headed for likely passage at the denomination’s May 2020 General Conference.

In light of the Protocol, a group of theologically conservative UM Church leaders met in Atlanta in March 2020. The group included several traditionalist bishops, evangelical advocacy group leaders, and other clergy and laity who identified as theologically conservative. During their meeting, they nominated the members of the Transitional Leadership Council, assigning them the task of forming the new church.

“I am convinced the Global Methodist Church will be a vibrant, vital expression of Methodism in terms of its teachings and ethics,” said Dr. Bob Hayes, a Transitional Leadership Council member and Bishop in Residence at The Woodlands United Methodist Church in The Woodlands, Texas. “As a fourth generation Methodist I am excited by a fresh wind of the Holy Spirit where I see God doing a new thing! God is creating a church rooted in Scripture and the love of Jesus, and he is calling us to participate with him.”

At the time of the Transitional Leadership Council’s formation, no one knew the Covid-19 pandemic would result in the postponement of the UM Church’s 2020 General Conference. Despite the postponement of an in-person General Conference, the Transitional Leadership Council has been meeting almost weekly since March 2020. As is evident in its Transitional Book of Doctrines and Discipline, the council has approved the Global Methodist Church’s core confessions of faith, hammered out a transitional governing structure, and adopted the new church’s name and logo. The council has emphasized fidelity to the historic teaching of the Christian faith, and a desire to be a truly global church.

“I believe a good number of ethnic congregations will want to align with the Global Methodist Church,” said the Rev. Kevin Ryoo, a council member and an elder in the Dakotas Annual Conference. “They long for a church which honors the Bible, stays within the traditional mission of Methodism, and keeps local church ministry as a first priority. I know Korean Methodist congregations have a strong passion for evangelism and mission.”

Boyette, who is the president of the Wesleyan Covenant Association, acknowledged that while the association has played a role in preparing for the new church, many other traditionalist leaders have been critical in the formation of the Global Methodist Church.

“Traditionalists do not march in lock-step,” said Dr. Leah Hidde Gregory, a Transitional Leadership Council member and a district superintendent in the Central Texas Annual Conference. “Some traditionalists have been wary of the WCA, thinking it was moving too fast and others believing it was moving too slow. It took a few meetings before I realized there were only three people from the WCA leadership on our council. It became obvious to me that the group who nominated us wanted to make sure all people who regard themselves as traditionalist, orthodox, conservative, or evangelical were represented on the Transitional Leadership Council.”

In the “Frequently Asked Questions” section of its website the new church states, “Women, like men, will be called to serve in the Global Methodist Church and will be entitled to serve at all levels.” The section also says, “As a truly global church the denomination will be ethnically and racially diverse and will insist on the equal treatment of all the church’s members.”

“I believe Methodism is on the cusp of another Great Awakening,” said Transitional Leadership Council member Cara Nicklas, an attorney and General Conference delegate from the Oklahoma Annual Conference. “The Global Methodist Church is the vehicle by which that will happen because we value a connectional, global church with doctrine and discipline that is not guided by our U.S. culture but is simply focused on bringing people into a deep and intimate relationship with our Lord and Savior Jesus Christ.”

Walter Fenton is Vice President for Strategic Engagement for the Wesleyan Covenant Association and an elder in the Greater New Jersey Annual Conference.