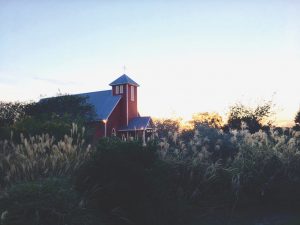 What follows is a discussion on new paragraphs the Wesleyan Covenant Association is releasing for inclusion in its draft “Book of Doctrines and Discipline” regarding the proposal for the service of licensed local pastors.

Average worship attendance at local United Methodist churches in the United States has declined by 30 percent since the turn of the 21st century. And declining attendance often leads to fewer financial resources in local churches. Consequently, more and more local churches find themselves unable to afford the minimum salary and benefits package required to have an ordained elder appointed to their church. Enter licensed local pastors, who do serve for less, but with no less passion for the calling. Annual conferences across the United Methodist connection increasingly depend on these pastors to serve in many of their local churches.

Like elders, licensed local pastors are appointed by bishops and serve under district superintendents, but they serve as appointments are available for them. When they are not under an appointment they serve cheerfully and passionately as laity. When they are appointed to a local church they serve as the pastor-in-charge, and therefore are accorded the privilege of celebrating the sacraments, preaching the word, presiding at weddings and funerals, and maintaining the good order of the local church. They do amazing ministry all across the United Methodist connection.

It is no secret that the Wesleyan Covenant Association includes many people who, over the years, have identified with renewal and reform groups like the Confessing Movement, Good News, and UMAction. At General Conferences, these groups have consistently advocated for extending more rights, responsibilities, and vocational safeguards to licensed local pastors. That passion for more fully recognizing their service and finding ways to include them among the ranks of all clergy has carried over into the WCA.

That being the case, one will not be surprised to read the most recent paragraphs the WCA has added to its draft “Book of Doctrines and Discipline” and note its proposal for integrating licensed local pastors into the Order of Deacons, and providing them with a clear and simplified pathway into the Order of Elders should they choose to take it.

As the Rev. Dr. David Watson explained in a previous article (page 36), the WCA takes a “nested” view of ministry. All persons are called to the order of the laity and all laity are called to ministry. Some laity are called to serve as deacons, and some deacons are called to serve as elders. In order to avoid treating licensed local pastors like an auxiliary form of ministry, the WCA proposes their full integration into the Order of Deacons. This approach is consistent with the WCA’s theological foundations for ministry, treats licensed local pastors as equal partners in ministry, and recognizes the increasingly critical role they will play in the future of a new Methodist church.

Under the WCA’s proposal, the office of the deacon can be a terminal calling. That means some who feel called to service in teaching, a parachurch ministry, or in other unique ministries may find that their place is permanently in the Order of Deacons. However, the WCA proposes that those who are called out from the laity towards pastoral ministry should be incorporated into the Order of Deacons. During their service as an ordained deacon they may serve in a pastoral role while working towards the Order of Elders should they choose to do so.

The WCA envisions a system where anyone who senses a call to pastoral ministry can embark on a path to become a deacon and eventually an elder, however in an effort to avoid treating licensed local pastors as second-class clergy, it proposes including them in the Order of Deacons so at a minimum they have all the responsibilities, rights, and privileges of serving in that order. The WCA believes they should be acknowledged for who they are: called and gifted clergy who are among the ordained in the church.

So while there is no designation “licensed local pastor” in the WCA’s draft “Book of Doctrines and Discipline” this should not be understood as a diminishment of those now serving in this capacity; in fact it is the exact opposite. The WCA believes all those who serve should belong to an order of the ordained and not merely licensed to serve in an auxiliary capacity.

As local licensed pastors decide to transfer to a new traditionalist Methodist church, the WCA proposes that after proper vetting (vetting that will apply to all clergy seeking to transfer), they be received into the Order of Deacons. The WCA believes they, like other clergy, should be encouraged to take advantage of continuing educational opportunities, and consider a formal course of study should they sense a call to serve as an ordained elder.

As I finish my fifth year of ministry as a licensed local pastor, I am excited about the prospects for a new Methodist church. I look forward to the day when all ministers of the Gospel in our connection are welcomed and honored as persons called to share the good news of Jesus Christ with a hurting world.

Matthew Abel is a licensed local pastor serving as the Associate Pastor and Youth Minister at Florence United Methodist Church in Florence, Kentucky. As he serves in a local church, he is also pursuing a Masters of Divinity degree at Asbury Theological Seminary in Wilmore, Kentucky. Matthew is also a member of the WCA’s Global Council.