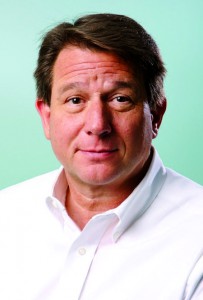 Before I became a missionary, I served a small United Methodist church in Virginia while in my 20s. There was a family in the neighborhood to whom we provided assistance from time to time. One day their grade school-aged daughter was playing with some friends at the church, and she wandered into the kitchen where I was loading a bag of groceries. “Are you going to take that food to a poor family?” she asked me. I responded, “No, sweetie.  I’m taking this to your family.” Her eyes lit up and she happily went back to join her friends down the hall.

While I may have stumbled into a quick-thinking response to that situation, I have increasingly become aware of the need to pay attention to the way that those to whom we seek to minister view us – and, how they think we view them. For example, it has always puzzled me why, in mission and evangelism circles, we have referred to those whom we are seeking to reach as “target” people groups. After all, what is the most common use of a target? Doesn’t it usually involve some sort of weapon? In the book Leadership and Self-Deception, The Arbinger Institute points out: “No matter what we’re doing on the outside, people respond primarily to how we’re feeling about them on the inside.”

I am suggesting that whether we are aware of it or not, we are likely to view those outside of our religious fold in one of two general categories: people who should be won, or people who should be served. Correspondingly, they will perceive our intentions, in broad strokes, as the intentions of a “crusader” or the intentions of a “servant.” I realize the potential pitfalls of taking this simple thought too far. Still, I submit that a servant is one who is seen by outsiders as motivated to serve others by meeting their needs, while a crusader is one who is motivated to enlist others and bring them into the fold (even though acts of service are often employed by crusaders to accomplish this).

A missionary who served in the Middle East for more than a decade tells the story of being invited to a mosque by an Imam to speak to his congregation. Before the missionary preached, the Imam said to him, “You can share about Jesus, but not about Christianity.” The missionary said he was initially taken aback by the Imam’s request. Then he remembers thinking to himself, Well, I think that’s okay. That turned out to be a watershed moment in the missionary’s journey. He more fully realized the distinction between helping people to see Jesus versus simply getting them to join the team.

The Apostle Paul said, “Let a man consider us as servants of Christ and stewards of the mysteries of God” (1 Corinthians 4:1). When we are perceived as those whose desire is to serve, defenses against spiritual conversations that otherwise may arise are likely to be relaxed. And the more we behave – and are perceived as – servants, the more receptive people will be to the One who “came to serve and give his life as a ransom for all.”

The way that people outside of the faith perceive our mission efforts is important. If Jesus were merely the founder of one of the world’s religions in competition with other religions, then a crusader mentality might make sense. But if he is the Messiah whose Kingdom can pervade any religious context, then his message must be understood on a level deeper than “our religion versus yours.” Nonetheless, I believe that millions outside of Christianity view us as crusaders instead of servants, with the accompanying conclusion that Jesus is irrelevant to them.

“The vision is Jesus. Not Christianity. Not prayer, mission, and justice,” writes Pete Greig in Dirty Glory. “Not worship-leading or church-planting or evangelism. If you love Jesus, you’ll do that stuff: You’ll pray and worship and go to church and preach the gospel. But in doing all those things, don’t lose the way, don’t get lost in the crowd. It might be healthier if we all just stopped being Christians for a bit – a week, a month, or even a year. We’re just too good at it. It has become habitual. We’ve been operating out of religious muscle memory…. Urgent voices are calling us to abandon the familiar comforts of Christendom, to strike out into the unknown and rediscover the Nazarene.”

It is no surprise that we have this challenge, this tension between servant and crusader. But that is all the more reason why we must ardently pursue his example of a servant.

Frank Decker is the Vice President for Training and Formation at TMS Global – www.TMS-Global.org.