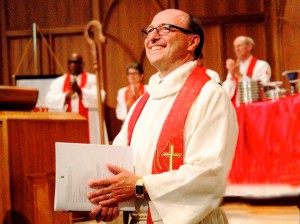 Bishop David Bard, the newly appointed leader of the Michigan Episcopal Area, has signed-off on a frivolous and insulting “just resolution” of a complaint filed against the Rev. Michael Tupper, a retired clergyman in the West Michigan Annual Conference.

Bard’s endorsement falls under the category of “it would be funny” were it not so damaging to the integrity and unity of The United Methodist Church. And coming just a few months into his tenure, it calls into question his willingness to defend the church’s polity and uphold its teachings. At a minimum, his decision to endorse the Tupper resolution suggests he will only do so selectively.

Tupper, a now retired elder in the West Michigan Annual Conference, presided at his daughter’s same-sex wedding in 2014. A complaint was filed against him that eventuated in a “just resolution” endorsed by the now retired Bishop Deborah Kiesey. The resolution included no adverse consequences for Tupper’s actions, nor did it even elicit from him a promise not to preside at future same-sex services.

Not surprisingly, he defied the church again by presiding at another same-sex union in July 2015. A complaint was dutifully filed and Bishop Kiesey sought to dispense of it in the same manner as the first one. However, Tupper, who wanted publicity drawn to the church’s teachings against such weddings, demanded a church trial, believing his guilty plea and the loss of his ministerial credentials would move the denomination to radically liberalize its teachings on marriage.

Late this summer Tupper finally relented in his demand for a trial. Given the details of the just resolution Bard endorsed, there’s little wonder why he did. The resolution rewards the guilty and afflicts the innocent. 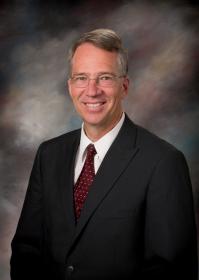 According to two provisions in the resolution, Tupper and the Counsel for the Church, the Rev. Elbert Paul Dulworth, “will set up Training Sessions for all Michigan [Staff Parish Relations Committee (SPRC)] chairpersons to attend in the spring of 2017 in helping them to set up a process of discernment in every local church during the fall of 2017 regarding their readiness to accept the appointment of a gay clergyperson.”

And lest clergy think they can escape the mocking resolution, Tupper and Dulworth were also given the task of setting up a “Training Session for all Michigan clergy in the spring of 2017 to offer pastoral care for LGBTQI individuals who are considering marriage or ordained ministry.”

Never mind that both provisions either skate close to or across the lines established by the church. Bard evidently believes laity who volunteer to serve in the time consuming role of SPRC chair and pastors who have plenty on their plates should travel many miles and waste valuable time in order to attend training sessions designed by a clergyperson who has willingly and knowingly violated the Book of Discipline. The not so hidden goals of both sessions is to teach laity and clergy how to become party to violating the church’s teachings. Presumably, even clergy and laity who are committed to upholding the denomination’s understanding of Christian marriage are expected to turn out for these teach-ins.

“This just resolution is a rejection of the authority of General Conference,” said the Rev. John Grenfell, Jr., a former Detroit Annual Conference district superintendent and a long time advocate for clergy and laity in church disputes. “It grants permission to two elders to redefine the life and mission of the church, when only General Conference can do that. Laity and pastors have the responsibility to support the order and discipline of The United Methodist Church, not attend programs that undermine and reject the guidelines of holy conferencing.”

Bard’s endorsement of the resolution signals his willingness to at least selectively tolerate and even reward open defiance of the church’s polity and its teachings. This will not bode well for an episcopal area that is already facing significant drops in worship attendance and church membership. And it will further demoralize laity and clergy who stand-up for the church’s good order and integrity, and expect its leaders to do the same.