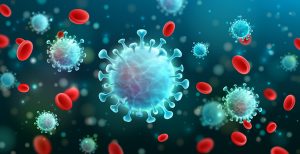 There is a very old saying, “No good deed goes unpunished.” It seems that is the case regarding the vaccine initiative promoted by the Renewal and Reform Coalition. Led by the Wesleyan Covenant Association, Good News, the Confessing Movement, and UMAction have committed a total of $135,000 to provide access to Covid vaccines for non-U.S. delegates. The U.S. government currently requires all persons entering the U.S. to be fully vaccinated against Covid. In an effort to remove one of the barriers to holding an in-person General Conference as scheduled in August-September 2022, the Coalition spearheaded an effort to ensure that all delegates could get vaccinated if they desired to do so.

Now, three non-U.S. bishops have issued a statement “deploring” the initiative, calling it “brazen interference in the affairs of The United Methodist Church in Africa.” They believe that “forming a new denomination means leaving a trail of destruction” and “pits us against each other.” Bishops Ruckert (Germany), Nhiwatiwa (Zimbabwe), and Juan (The Philippines) issued the statement. Unnamed “leaders” of the General Commission on the General Conference piled on with their own anonymous criticism of the initiative in a UM News Service article.

Before addressing the leaders’ specific complaints, one must note the over-the-top hyperbolic language used. One would think that the vaccine initiative threatened the existence of human civilization! There are many things to be appalled at in our world today, from ongoing civil wars to the potential invasion of Ukraine, from the economic hardships posed by the pandemic to the millions of casualties of that same pandemic, and the list could go on. It would seem that an initiative to vaccinate 100-200 UM delegates in rural Africa would not rise to that same level of threat.

It appears the three bishops’ main complaint is that the Coalition’s vaccine initiative smacks of “colonialism.” They state, “The unfortunate thing about the entire process by WCA is that it has all the marks of colonialism which our countries went through in [sic] some years ago.” The bishops never define what the “marks of colonialism” are, so it is difficult to determine whether the WCA/Coalition is guilty. Rather, it appears any action taken by Americans that some progressive leaders do not like can be labeled “colonialism” in an effort to besmirch the motives and actions of those Americans. It has become a knee-jerk reaction of some liberals to actions they disagree with, the charge having no real substance, but the powerful effect of stigmatizing those labeled as “colonialists.”

The bishops protest, “One would have thought that our friends and partners in the WCA would have taken some modest time to consult with the church leaders in the Central Conferences so that we move together in how to implement such a cause.” However, the initiative was taken in response to requests from African delegates and church leaders there, who realized that in some areas of Africa, delegates would be unable to be vaccinated, jeopardizing the possibility of their participation in General Conference. African delegates and leaders identified where the need for the initiative exists and are themselves administering the funds, with the normal accountability process in place to ensure the funds are spent with integrity for the purpose for which they were given.

Colonialism disempowers those who are its victims. Throughout the last ten years, the Renewal and Reform Coalition has worked together with African leaders in the Africa Initiative to empower Africans. Where barriers to their full participation have stood in their way, we have sought to work with them to remove those barriers. Whether it has been providing resources or training, working together to elect Africans to general church leadership positions, or enabling alternate delegates to attend General Conference, the Coalition has sought to amplify the voices and participation of Africans, as well as Filipinos and Eastern Europeans, who in the past have been marginalized by some general church processes. Their participation is a matter of justice: their voices must be heard as the church considers very important matters impacting their local churches. What the Coalition has done is the very opposite of colonialism. Providing vaccine access so African delegates can participate in General Conference is just another way in which disadvantaged voices can be brought forward.

It is interesting that none of the three bishops serve in annual conferences where the delegates have trouble obtaining the vaccine. Rather than pledge to assist in vaccination efforts for the families, congregations, or communities associated with United Methodist delegates, they simply condemn this modest effort. It is easy to criticize a program that does not benefit one’s own delegates.

The three bishops’ other main complaint is that the vaccine initiative is an attempt to unduly influence African delegates to vote with traditionalists at General Conference. The bishops declare, “When individual interest groups begin to offer benefits to delegates, they jeopardize the integrity of General Conference.” According to the article, “Commission leaders also object to ‘The appearance of perceived or real influence of the vote of General Conference delegates on any number of matters under consideration.’”  This tired argument has been trotted out before and is insulting to non-U.S. delegates. It seems some UM leaders think non-U.S. delegates cannot think for themselves or stand on their own convictions. They believe that African delegates’ votes can be “bought” by traditionalists, notwithstanding the fact that 95 percent of African United Methodists are already traditionalists and do not need their vote to be “bought” in order to agree with U.S. traditionalists.

A third complaint raised by the bishops as well as the anonymous Commission leaders declares that the vaccine initiative (in the words of the bishops) “is not an expression of vaccine equity.” They continue, “We are dismayed that the WCA would choose to help provide vaccines to only a few people and not the community as whole [sic].” The Commission leaders say, “As is apparent through the data on the current omicron variant, a focus on vaccinating one member of a family, household, workplace, church or other group while not vaccinating the other members of the group would not ensure that the vaccinated individual would have the most protection from the virus.”

We have become painfully aware that vaccination does not protect people from becoming infected. More and more vaccinated and even boosted individuals are suffering bouts of Covid. However, the vaccine does protect against serious illness and death in most cases. Therefore, vaccinating any person offers protection from serious illness and death, whether or not other members of their family or group are vaccinated.

This is a classic case of the perfect being the enemy of the good. The perfect outcome would be to vaccinate every single person in the world who desires it. Does that mean that if we cannot vaccinate every single person, we should vaccinate no one? Vaccinating some is better than vaccinating none. Sir Robert Alexander Watson Watt, British pioneer of radar technology, is quoted as saying, “Give them the third best to go on with; the second best comes too late, the best never comes.” In other words, if we wait for the perfect solution, we will never accomplish anything. Just because we cannot offer “the most protection from the virus” does not mean we should offer no protection from the virus.

Vaccinating delegates so an in-person General Conference can take place does not contradict or interfere with the goal of vaccine equity, sharing more of the vaccine to the countries who can least afford it. The two initiatives have different purposes that harmonize, rather than conflict. In some cases, vaccinating a village leader who happens to be a delegate can act as a positive example for others to obtain the vaccine. The members of the Coalition wholeheartedly support vaccine equity and the GBGM “Love Beyond Borders” Advance. Both initiatives are worthy of support, and championing one does not mean one cannot also back the other. This would be a false dichotomy.

The unidentified Commission leaders put forward a few other criticisms:

Before proceeding with the vaccine initiative, the WCA approached UM leaders to find out if there were plans by official church agencies to enable delegates to secure vaccines. There were not. The Coalition approached GBGM to find out if they were willing to enable delegates to secure vaccines. They did not respond, and their vaccine programs appear to be aimed at building up the general health system of countries, rather than specifically providing vaccines, particularly to delegates. The Coalition approached centrist and progressive caucus groups to invite them to join in this effort in order to make it a “bipartisan” initiative. They have either declined to participate or have yet to respond.

It is the role of leaders to help organizations move forward toward the organization’s goals. So far, the official United Methodist leaders as a whole have failed to help the church get “unstuck” by enabling an in-person General Conference to take place. In the absence of leadership from official bodies, the Coalition took it upon itself to provide that leadership to surmount at least one substantial barrier to holding General Conference. Dwight L. Moody is quoted as saying, “I like my way of doing [evangelism] better than your way of not doing it.” Applied to our current situation, providing some leadership, however imperfect, is preferable to having no leadership.