A Protocol for Peace 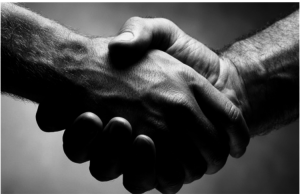 He’s not exactly a theologian, but we could perhaps call him a prophet of sorts. Six years before the United Methodist Church was even formed, Neil Sedaka got it right in his signature song of 1962: “Breaking Up is Hard to Do.” And that is so not only because there are numerous challenges as to how to divide the property and navigate all the relationships, but more so because if the marriage — or the church — was ever any good at all, there should indeed be deep grief when a separation becomes necessary.

Unfortunately, such is where we are as United Methodists. For it is now rather inescapably obvious that even if we might still have warm feelings for one another, we cannot all live in the same house any longer. I had hoped we would not come to this point. Forty-five years ago, I joined the Texas Annual Conference as a pastor and for thirty of those years I have had the chance to serve as a member of the Texas Annual Conference delegation to jurisdictional and then General Conferences.

But the entirety of my ministry as an ordained pastor has also been framed by the underlying tension of divergent views within the UM Church on not just human sexuality but also the authority of scripture, the nature of revelation, the role of missions, the application of social justice, and even the identity and divinity of Christ. And in the whole of it what we have discovered as a church is that for all of its merits, there are also limitations to the grand idea of pluralism.

To be sure, the famed dictum of “unity in essentials, liberty in non-essentials, and charity in all things,” is a wonderful goal, though John Wesley was hardly the first person to espouse it. You can find the quote at least a century before him, in fact, in the writings of a Catholic Archbishop who ended up attacking both the papacy and the English church before eventually being declared a relapsed heretic unable to be in unity with anybody. As wonderfully aspirational as the motto might sound, thus, it simply does not work when people cannot agree on what the “essentials” actually might be.

All of which is why I have reluctantly come to the conclusion that fifty-two years after its founding, the UM Church must likewise now be reformulated. And though there is no perfect plan, the recently announced “Protocol of Reconciliation and Grace through Separation” would seem to be the best proposal that will come before the General Conference in May. For the Protocol will allow for those of varying theological and social understandings to follow their conscience without the continual acrimony and ideological struggle that has marked our denomination for decades.

Traditionalists, for instance, will be able to retain what have been the historic beliefs and practices of Methodism, though in a new wineskin that will also allow for a more local and lay-centered polity. Progressives, with the addition of a regional conference for the United States, will be empowered to pursue their vision of a church with a broader understanding of sexual ethics, identity formation, and ever-emerging revelation of God and God’s Word. Centrists will be free to embrace their pragmatic approach to ministry. And those in the central conferences outside of the United States will have liberty to decide which expression of Methodism best matches their own understanding, discerning whether simply retaining the current name and logo is important enough to remain organically affiliated with those espousing practices with which they may not agree.

Again, the Protocol is not perfect. Some on the progressive side may question why conservatives should receive twenty-five million dollars, forgetting that Methodists of many opinions contributed those funds in the first place over a rather long period of time. And others on the conservative side may think that the amount is not in any way commensurate with what traditional church members have poured into our collective life for decades.

Likewise, many traditionalists may wonder why they should be the ones to give up the denominational name and apparatus when they have, in fact, prevailed in every General Conference vote since 1972 and it is those within the progressive caucus who have not only defied our common Discipline but brought us to this brink of separation in the first place. Some have even said that it feels like we are being paid off just to go away.

But in the end, the more significant result of adopting this Protocol will be that churches, or even annual conferences, of any persuasion will be able to follow their conscience out of the UM Church should they feel the need to do so without the penalty of loss of any of their local properties and resources. And that is a provision whose value cannot be overstated. For relaxing the Trust Clause is like loosening someone’s grip around your neck and being free once more to not only breathe but to go where you may feel God is leading you.

In that regard, it will be critical for clergy, congregations, and conferences to clearly understand just exactly what the outlines of the emerging realities may be. In order to continue to support the understandings which the world-wide United Methodist Church has prayerfully and consistently embraced over its entire history it will probably be necessary to leave not Methodism but The United Methodist Church. For without doing so, all of us will remain stuck in an endless “Groundhog Day” of debate, dissension, disobedience, and disarray. The General Conference, bolstered by the growth of the denomination in Africa and elsewhere, may have the votes to retain the current stances on sexuality, for instance, but it will not have the power to enforce its decisions and so the resistance will only get worse.

On the other hand, should conferences and congregations be allowed to form a new expression of global Methodism, all kinds of exciting possibilities and ministry opportunities await us. Ideally, if annual conferences as a whole choose to make the shift, then the vast majority of our congregations will never even have to vote on the questions. But even if conferences do not change, local churches still can do so, choosing to align with a larger group that more closely mirrors their own convictions and aspirations.

All kinds of details still need to be worked out, of course. Pastors and congregations need to be afforded a transition period so that if clergy and churches choose separate paths there will still be a chance to make that shift more graciously without an immediate appointment change. And bishops too will have to determine their own destinies, with each of them honestly following their convictions no matter where they may lead.

There is still time, however, for those writing the specific language of the proposal to address such concerns, and at the General Conference there will still be the possibility of amendment. But if the gist of what has been proposed can be enacted, Methodists can do something rather remarkable which other Protestant bodies have been unable to accomplish: separating without all the acrimony and legal and financial fighting that has marked such divisions elsewhere.

My hope is that those of us who may leave the UM Church may go out as new missionaries to the world, ready to follow the original guiding vision of our movement, “to spread scriptural holiness” across the globe. And I genuinely wish that as these two new expressions of Methodism emerge, we will once again be able to look upon each other as brothers and sisters, or at least “cousins” in Christ, and not simply adversaries across a General Conference committee or assembly room.

Yes, if the Protocol is adopted, conservatives will walk away from much of what we have helped to build over the decades. But the words of Jim Elliot, the famed missionary of the last century, come to mind: “he is no fool who gives what he cannot keep to gain what he cannot lose.”

The truth is that we cannot keep going the way we have been. And we dare not lose the gospel with which we have all been entrusted. The Protocol is at present our best pathway to peace.

The Rev. Dr. Chappell Temple is the lead pastor at Christ United Methodist Church in Sugar Land, Texas. He has also served as an adjunct faculty member for Perkins School of Theology. This editorial was originally written for the Wesleyan Covenant Association and is used here by permission.