A Primer on Local Church Assets 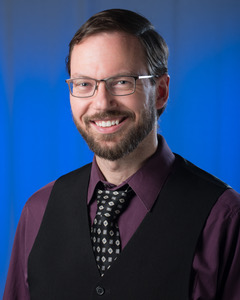 Today’s guest post is by UM & Global blogmaster Dr. David W. Scott, Director of Mission Theology at the General Board of Global Ministries. It originally was posted on UM & Global (umglobal.org) and is reprinted here by permission. The opinions and analysis expressed here are Dr. Scott’s own and do not reflect the official positions of Global Ministries nor Good News. Dr. Scott is neither a lawyer nor an accountant, and thus the following should not be interpreted as legal advice.

As previously discussed here, here, here, and here, The United Methodist Church as a whole is not a legal entity capable of owning property or financial assets. Local church property (real or personal, tangible or intangible) is owned by local legal entities and held in trust for the denomination as a whole.

Thus, the trust clause as applied to local church property has generally stood the test in secular courts. While in some instances departing congregations have negotiated with their annual conferences to take assets, when the trust clause has ended up in court, annual conferences have almost always won ownership of the property of departing congregations. Incidentally, that’s true not just for the UM Church, but also for the Episcopal Church and other bodies that also have a trust clause in their church law.

As cut and dried as the trust clause may appear, there are facets to keep in mind when thinking through the sorts of conflicts and potential lawsuits that might arise over ownership of local church property.

One problem here is that most bankers, investment brokers, and real estate agents are not familiar with the intricacies of the Discipline. While it would violate the Discipline, it might be possible for local leaders to work with bankers, brokers, or real estate agents unfamiliar with the trust clause to sell or otherwise dispose of local church property without annual conference consent. Such action would violate the Book of Discipline and thus expose the local church and its leaders to lawsuits from the annual conference, but it might be harder for the annual conference to recover property that was already disposed of.

Second, it’s important to remember that local church property includes more than just buildings. The trust clause applies to all other property that a local church owns, from its hymnals to its choir robes to its sound equipment to its vans to its tableware. It also applies to all financial assets owned by a local church. Thus, the question of property ownership goes beyond whether departing congregations can continue to worship in their same building. Any or all of these items could be a point of conflict between a departing church and the annual conference.

Certainly, the church building itself (and perhaps a parsonage) would likely be the biggest point of contention, since that generally represents the largest chunk of a local church’s assets. After that, who cares who keeps the Sunday school books, right? Maybe, but maybe not.

Especially when it comes to financial property, local congregations may have significant assets beyond their building over which annual conferences may want to assert their ownership. And larger churches may have a non-negligible amount of property in the form of vehicles, equipment, books, supplies, etc. Annual conferences have an incentive to assert their right to this property, even if just to give themselves better leverage in bargaining with a departing congregation.

Again, exit provisions reduce the chances for lawsuits between local congregations and annual conferences over control of buildings, equipment, and any other property. It is therefore worthwhile to keep in mind the scope of assets that could be at stake in such lawsuits.

The Book of Discipline outlines property-related responsibilities for the charge conference, the board of trustees, the financial secretary, the treasurer, the finance committee as a whole, and, in cases where they exist, the permanent endowment committee and the directors of the local church foundation. Moreover, in multiple-point charges, there may be both local church trustees for the property of each congregation and a board of trustees for property owned by the charge as a whole.

The authority to make all decisions regarding property, both real and personal, is vested in the charge conference. Yet, to carry out its property and financial decisions, the charge conference relies upon the work of the board of trustees, the treasurer, the finance committee, and (if they exist) the permanent endowment committee and directors of the local church foundation. These individuals have access to and oversight of the property of a church. Thus, they might be able to direct this property to another church body (either another denomination or the annual conference) in defiance of or in absence of a charge conference decision, especially since charge conferences usually meet rarely.

Again, such action would violate the Book of Discipline and ultimately lead to lawsuits, but in an instance in which there is a lot of internal conflict within a church about that church’s continued relationship with the UM Church, there is the possibility for factions within the church to use control of church property as a means to achieve their preferred outcome.

Since this type of conflict would occur within a church, an exit plan would not necessarily mitigate it. Control of property within a highly divided congregation may actually become more contentious with the existence of an exit plan. Such a plan could make local property a prize to be fought for between local “leave” and “stay” factions, with each group seeking control of the property. Nonetheless, an exit plan that sets or allows a congregation to set a relatively high standard of agreement for exiting is likely to reduce internal conflict around that decision.