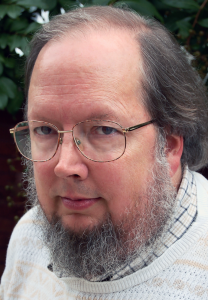 While working on the 1985 book Habits of the Heart, the late sociologist Robert N. Bellah met “Sheila,” who described her faith in words that researchers have quoted ever since.

“I can’t remember the last time I went to church,” she said. “My faith has carried me a long way. It’s Sheilaism. Just my own little voice.” The goal was to “love yourself and be gentle with yourself. … I think God would want us to take care of each other.”

A decade later, during the so-called “New Age” era, researchers described a similar faith approach with this mantra – “spiritual but not religious.” Then in the 21st Century’s first decade, the Pew Research Center began charting a surge of religiously unaffiliated Americans, describing this cohort in a 2012 report with this newsy label – “nones.”

Do the math. “Nones” were 10 percent of America’s population in 1996, 15 percent in 2006, 20 percent in 2014, and 26 percent in 2019. Obviously, these evolving labels described a growing phenomenon in public and private life, said political scientist Ryan Burge of Eastern Illinois University, author of the new book, The Nones: Where They Came From, Who They Are, and Where They Are going. But hidden under that “nones” umbrella are divisions that deserve attention. For example, the 2018 Cooperative Congressional Election Study found that 5.7 percent of the American population is atheist, 5.7 percent agnostic, and 19.9 percent “nothing in particular.”

“When you say ‘nones’ and all you think about is atheists and agnostics, then you’re not seeing the big picture,” said Burge. “Atheists have a community. Atheists have a belief system. They are highly active when it comes to politics and public institutions. But these ‘nothing in particular’ Americans don’t have any of that. They’re struggling. They’re disconnected from American life in so many ways.”

In his book, Burge stressed that “nothing in particulars are one of the most educationally and economically disadvantaged groups in the United States today.” This is also a growing slice of the population, with one in 20 Americans becoming “NIPs” during the past decade. While Protestants, at 40 percent, are the largest flock in American religion, the “nothing in particular” crowd is the second largest, at nearly 20 percent. Catholics are close behind at 18 percent.

Several other trends have affected the “nones” phenomenon, noted Burge. For example: Christians who say they never go to church increased from 10 percent in 1993 to above 15 percent in 2018. Meanwhile, America’s liberal “mainline” Protestant churches were 30.8 percent of the population in 1976 – but crashed to 19 percent in 1988 and down to 9.9 percent in 2016. Evangelical Protestants have remained relatively stable at about 21 percent, declining from a peak from 1983-2000. Catholics have varied between 27 and 23 percent, with mass attendance declining.

Most academics, politicos, journalists and even Christian apologists have, when addressing “nones” issues, focused on the most visible forms of this phenomenon, said Burge. It’s easy to find and quote articulate, highly motivated atheists and agnostics in online forums or “woke” secular activists on college and university campuses.

But “nothing in particular” Americans have remained in the shadows and it’s hard to find clear patterns that might explain their beliefs and behaviors. For example, not all “nothing in particular” Americans are unbelievers, strictly defined. One in 10 “NIPs” attend worship services yearly and another 10 percent attend monthly or more. And 25 percent of these Americans say that religion is “somewhat” or “very” important, with only 38.8 percent insisting that religion is “not at all important” in their lives.

“Nothing in particular Americans seem to be stuck. They’re left out. They’re cut off and trapped by globalization and economic forces that are totally beyond their control,” said Burge. “Many are angry, and they have nothing to lose. That’s why this NIP phenomenon is kind of scary to me.”

Terry Mattingly (tmatt.net) leads GetReligion.org and lives in Oak Ridge, Tenn. He is a senior fellow at the Overby Center at the University of Mississippi.