Who Can Be a Missionary? 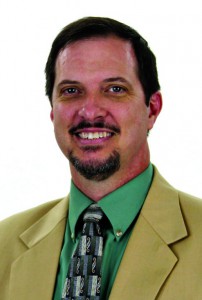 “I admire you for what you do. I would never be able to do that!” What missionary has not heard expressions such as this when visiting churches, friends, and support partners while on home assignment?  In one church, I recall once being introduced with such incredibly gushing spiritual language that I wanted to sneak out the back. The Lord (and my wife) knew I was being overrated! While things may have tempered on this in recent years, there often still is the assumption that “foreign missionaries” are very high on the spiritual food chain. And the more remote the place they serve and the higher status job they “gave up” to go, the more impressive the spiritual resume.

There are two problems with this “missionary pedestal.” The first is for the missionary. It can generate unhealthy pride. People tend to fall off pedestals – the higher the pedestal, the longer the fall. The second and equal problem is when it is wrongly assumed that only super-spiritual people – those with a dramatic “calling” story or those who seem to “have it all together” – are the only ones who qualify for serving the Lord cross-culturally. Someone may conclude that the only way to do penance for not being enough of a spiritual giant to be a missionary is to get a good job and give financially to someone who is.

Not only is this attitude theologically unacceptable, but in today’s changing world of missions, it is not possible. If some decades ago the profile of a missionary was a theologically trained person prepared to go preach in a church somewhere else in the world, today that actually is the exception. In most of the places with the greatest need for a gospel witness, someone with that “preacher” profile is not likely to obtain a visa. Often a missionary in such a setting may not even be able to attend a local church, but can serve best by encouraging and discipling the local leaders. As a result, increasingly the work of missions requires people with skills that other nations deem helpful in areas that are conducive to building natural, organic relationships with the local people. As I have shared with our board of directors at The Mission Society, the day has come that we will do as well to recruit missionaries from engineering schools as from seminaries.

Joseph and his wife Melissa* felt called to serve in an Asian country that is doing all it can to keep missionaries out. Rather than quit his engineering job and go to seminary, Joseph kept his job when applying to The Mission Society. He and Melissa received the full training we provide to prepare them for cross-cultural service. Then Joseph found an engineering firm that has offices in that country and asked his supervisors if they would be willing to transfer him. Joseph and Melissa now live there where he works as an engineer. They are able to have regular friendships with co-workers and the people in their community.

In today’s global economy, Joseph and Melissa’s route can enable entry into nations and communities that would be very difficult to reach using traditional approaches. There are thousands of people who could be effective witnesses to the gospel in cross-cultural and even unreached settings if they were invited to rethink “what a missionary is.”

In addition to the possibility of moving into a cross-cultural setting in a country far from home, a person can also serve as a cross-cultural witness simply by intentionally locating in a community of recent immigrants to the United States. While occasional visits to such communities can have value, nothing is as effective as the incarnational model of Jesus “moving into the neighborhood” (John 1:14, The Message). Christians with normal, non-religious jobs can have an enormous gospel impact simply by intentionally living among people who are different, sharing life on life, and together seeking the Lord in that setting. I would hasten to add that even for those who serve like this in their “home country,” the need for good training in cross-cultural ministry and being connected for community care and support is still very important.

The era of missions is not over, but it is changing. It is not, nor has it ever been, just for the super spiritual. It simply requires God’s ordinary, fallible people seeing the world through God’s eyes and making themselves, their skills, their passions, and their weaknesses available to Him in whatever context He would place them.

Jim Ramsay is the vice president for Mission Ministries at The Mission Society (missionsociety.org; 770-446-1481). Jim and his family served 10 years in Kazakhstan.