Where are we Going? 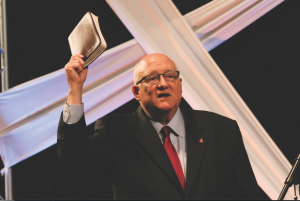 A legend arises out of the mist of early Christian lore of a crucial turning point in the life of the infant church which merits reflection on this occasion. Like most legends it carries a core kernel of truth. So compelling is the story that it was made into an award-winning movie entitled Quo Vadis in 1951.

In The Rise of Christianity, scholar Rodney Stark records the following:

“In the ‘Acts of Peter’ [a mid-second century Christian writing] we read that an upper-class Roman wife and convert sent word that Peter should flee Rome as he was to be seized and executed. For a time, Peter resisted their pleas to flee: ‘Shall we act like deserters, brethren?’ he says. But they argue with him, ‘No, it is so that you can go on serving the Lord.’ Reluctantly Peter agreed. Putting on a disguise, he begins to flee the great center of the Roman Empire. As Peter exits the city gates, to his shock he sees the Lord entering this citadel of imperial might. ‘Lord,’ Peter asks, ‘where are you going (quo vadis)?’ And the Lord said to him, ‘I am going to be crucified.’ And Peter said to him, ‘Lord, are you being crucified again?’ He said to him, ‘Yes, Peter, I am being crucified again.’ The ‘Acts of Peter’ records the following: ‘Peter came to himself; and he saw the Lord ascending into Heaven; then he returned to Rome, rejoicing and giving praise to the Lord, because he said, “I am being crucified.’”

Back among the followers, Peter told them what had taken place and of his new resolve to be crucified. They again tried to dissuade him, but he explained that they were now to serve as the “foundation” so that they might “plant others through him.” In the crucifixion account that follows, Peter (crucified upside down at his own request) speaks at length from the cross to a crowd of onlooking Christians about the power of faith in Christ.

We who gather this day stand again at the city gate. We too converse with good, well-meaning colleagues who believe deeply in a different path to faithfulness. We too, just as Peter so long ago, this day encounter Christ before us. The question put by Peter lingers in the air over our gathering: “Quo Vadis” – “where are you [we] going?”

It is here, leaning on the gate pillars of conviction and commitment, that we must pause to seek again the guidance and insight of those first Christ followers. It is here we are bid to stop, worship, pray, reflect, and anchor ourselves again in the heart, mind, and fellowship of the One crucified for our sake, and for the sake of this bruised and battered world.

Focus with me on the Apostle Paul’s writing to Christians at the heart of the Empire. He anchors himself, those first followers, and we 21st century followers in the gospel. “That’s why I’m ready to preach the gospel…. I’m not ashamed of the gospel: it is God’s own power for salvation” (Romans 1:15-16).

Scholars tell us that the claim to be unashamed of the gospel carries a distinctive weight and witness in Roman culture. That culture was built along lines of status, standing, and shame. Shame represented the disgusting opposite of honor.

Paul takes the very concept of shame and stands it on its head. It is a challenge flung boldly into the face of society’s false presumptions and personal predilections. No wonder the gospel will be called a “scandal” and “foolishness” by Paul in 1 Corinthians.

Our situation today is not as dissimilar from the writing of Paul’s letter to the Romans as we are inclined to think. Make no mistake. The days of casual Christianity are over. The same issue of deep faithfulness is upon us. Once again, we are in a time when to be Christian is to be seen as quaint, backwards, and scientifically ignorant. For some, it is even a sign of being mean spirited and bigoted. And here we must pause for a moment to confess that we have brought some of this on by ourselves through a narrow-minded refusal to love those who disagree and more often than we would like, a coarse indifference to the hurting, hungry, and homeless, both physically and spiritually. Yet surely the response to our appropriate confession is not abject surrender to the whims of our hedonistically saturated civilization. Dean Inge’s famous quote rightly reminds us that “Whoever marries the spirit of this age will find himself [or herself] a widower [or widow] in the next.”

Is it not time to admit that instead of being the transformer of culture we have been transformed by our culture? To borrow an insight from James Davidson Hunter’s To Change the World, we have steadily sacrificed a Wesleyan commitment to sanctification for purposes of cultural acceptance and the result has been to steadily be marginalized by the culture itself. Is it not passed time to declare that the day of cultural accommodation is over?

We gather at the city gate, the intersection of Christ and Culture. Let this be our grace filled witness: “So don’t be ashamed of the testimony about the Lord or of me, his prisoner,” writes Paul. “Instead, share the suffering for the good news, depending on God’s power” (2 Timothy 1:8).

Bishop Mike Lowry is the Resident Bishop of the Central Texas Annual Conference/Fort Worth Episcopal Area.