What is the Modified Traditional Plan? 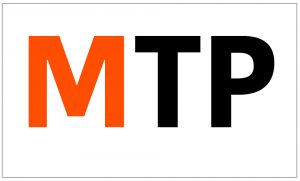 There are four comprehensive plans being considered by the special General Conference in February in an attempt to resolve the deep theological conflict within our church. Three of the plans (Traditional Plan, Connectional Conference Plan, and One Church Plan) were offered as part of the report of the Commission on a Way Forward. The fourth plan is the Simple Plan, offered by the Queer Clergy Caucus.

The Renewal and Reform Coalition is supporting the Modified Traditional Plan (MTP). The MTP is basically the Traditional Plan with the addition of two petitions submitted by Maxie Dunnam. In an effort to dispel any lingering confusion, here is what the MTP (TP+) entails.

What is in the Traditional Plan?

The Traditional Plan is the only plan that maintains the current teachings and requirements of the church defining marriage as between one man and one woman, declaring all persons as created in God’s image, of sacred worth and welcome in the church’s ministries, forbidding clergy from performing same-sex weddings, and forbidding annual conferences from ordaining self-avowed practicing homosexuals. Under this plan, this would remain the position of the whole church (not just parts of it).

The Traditional Plan understands that the crisis we face is not one of different opinions, but of different practices. Twelve annual conferences in the U.S. have declared in one way or another that they will not be bound by the requirements of the church regarding same-sex marriage and ordination. These activist annual conferences are responsible for the current split within the denomination. The most effective way to restore unity is to require uniform standards of ordination and church practice regarding same-sex weddings. Restoring unity will therefore require greater accountability measures in order to ensure that the requirements of the Discipline are kept.

Solely because of the disregard for our denomination’s standards for marriage and sexuality, the Traditional Plan must include these enhancements:

The Traditional Plan is the only plan that provides a gracious exit for those unwilling to live within the boundaries established by the Book of Discipline. This gracious exit is not required, but is available for annual conferences, groups of congregations, individual congregations, bishops, and clergy. They would be able to form or join a new, self-governing (progressive) Methodist church that is separate from the UM Church.

How does the MTP differ from the Traditional Plan?

There are two kinds of modifications that the MTP brings to the Traditional Plan. The first kind of modifications takes into account Judicial Council Decision 1366, which ruled a number of provisions of the Traditional Plan unconstitutional. Only six of the original 17 petitions can be adopted as printed. Three petitions (#2-4) cannot be adopted at all, and the rest need amendments in order to bring them into compliance with the Judicial Council decision. The amendments will actually improve the plan, as well as satisfying the letter of the law under the Constitution. The amendments are relatively straightforward and will be made public soon in order to give delegates a chance to consider them.

The first petition creates a new global committee to handle complaints against bishops. This global process replaces the original accountability process that was declared unconstitutional (Petitions #2-4 of the Traditional Plan). This global committee, made up of one clergy or lay member from every annual conference in the world, would administer complaints against bishops. Since the complaint process would not involve bishops holding other bishops accountable, it would get around the built-in conflict of interest in the current accountability process. Since bishops are colleagues and members together of the Council of Bishops and the College of Bishops (where accountability lies), it is difficult for them to hold each other accountable. The track record of the episcopal accountability process is very poor, with no bishop facing a church trial in 50 years. Many legitimate complaints have been dismissed or otherwise finessed over the years to protect bishops from accountability. This new process is needed in order to restore accountability for bishops.

The second petition actually substitutes for Petition #10 in the Traditional Plan. It is identical to that petition except for the following additions:

The Renewal and Reform Coalition believes that the Modified Traditional Plan provides the best path to unity for The United Methodist Church. It maintains unity of practice and standards in our global denomination, rather than allowing each part of the church to create its own practices and standards. It maintains unity with Scripture, 2,000 years of Christian teaching, and the tradition of the church. It allows the creation of a unity based on willing participation and willing compliance with the covenant created by General Conference, while giving those unwilling to participate a gracious way out of the covenant to create their own denomination with standards they are willing to uphold.

Based on surveys and conversation, the Modified Traditional Plan is the way to keep most evangelicals and traditionalists in The United Methodist Church. Up to 90 percent of evangelical leaders have told us they would find it necessary to leave the denomination if the One Church passes. But very few evangelicals are planning to leave if the MTP is enacted. Most will wait to see if the accountability measures restore unity and compliance. The MTP is the best way to keep our connection with global United Methodists, who overwhelmingly have a traditional view toward marriage and human sexuality. Many of them have told us that passage of the One Church Plan would lead them to leave the denomination, as well.

The Renewal and Reform Coalition hopes that General Conference will prayerfully consider the provisions and principles of the Modified Traditional Plan and find in them a viable way toward a united and fruitful future for United Methodism.