To the Council of Bishops

Good News issues the following statement in light of the election of a married, lesbian as a bishop of the United Methodist Church. Shortly, faithful United Methodists will have a chance to endorse the statement.

A Statement to the Council of Bishops from Faithful United Methodists

With the election of the Rev. Karen Oliveto as a bishop of The United Methodist Church, a pastor who is married to another woman and therefore unqualified to assume the office, it is clear to most people that the church has reached a crisis point. 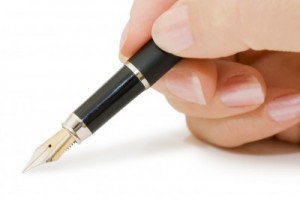 Therefore, we call upon the Council of Bishops to do one of the following: [1] To do all within its power to rectify this breach of our covenant by issuing a strong statement opposing Oliveto’s election, and petitioning the Judicial Council to rule the election null and void. Or [2], expedite the appointment of the members to its “Special Commission,” and to revise the commission’s mandate as follows: the sole purpose of the special commission is to devise an equitable and structured plan of separation of The United Methodist Church, and to present such a plan to a called General Conference to be held no later than October 31, 2018.

For 44 years our denomination has debated its sexual ethics at every level of the church. Valiant efforts have been made to bridge the divide and find ways to maintain unity. Unfortunately, all have failed, and we must confess that in recent years the chasm has only widened.

Shortly after the 2012 General Conference progressives decided to forsake our process of corporate discernment outlined in our Book of Discipline. Instead, they embarked upon an escalating and costly strategy of ecclesial disobedience. Since then we have witnessed the following:

This strategy of ecclesial disobedience has now reached new heights with the election of Oliveto as a bishop of the whole church. She has openly acknowledged that she has presided at over 50 same-sex weddings. And she clearly has no intention of holding her clergy colleagues accountable to their vows regarding our church’s sexual ethics. Her election to the episcopacy comes after:

It is now obvious that progressives have no intention of waiting for the bishops’ special commission to fulfill its mandate to revisit our church’s sexual ethics and return with recommendations to preserve church unity. Such a task now seems naïve and out of touch with the reality of our situation. The recent actions of progressives speak as loudly as their words; they no longer want to walk together, they want to walk their own way, regardless of what the rest of our global church says.

Their acts of ecclesial disobedience have:

Our church is in crisis, and it is so at a time when it can least afford it. In the U.S. the long, steady decline in membership and worship attendance is now accelerating at alarming levels. Consequently, local churches, annual conferences, and the general church have been forced to slash budgets and pare back ministries. Before the church is harmed any further, it is imperative for our bishops to do all in their power to either rectify this very serious breach of our covenant or empower the special commission to devise a structured and equitable plan of separation for the consideration of a special called General Conference.

It is time to end the deadlock and to liberate one another with genuine affection. It is time to find a new way forward that honors our consciences and allows people of good faith to live into new ways of being the church.

We call upon all faithful United Methodists to be in prayer for our leaders, and for those who will be appointed as commission members.