The Wonder of a Star 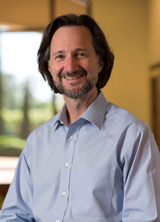 My wife, Peggy, has a habit that drives me crazy — and brings me lots of joy. Wherever we are, whatever we’re doing, however late we might be, she’ll stop and take a picture — several pictures. Usually her unplanned photography is preceded by her stepping off the path, bending down, and saying, “Isn’t that amazing?” Often what has grabbed her attention is something I have already passed without noticing. Even when she points it out, it seems rather mundane and ordinary to me. It’s just a rock on a path or a shell on the beach or some berries in a bush or some fungus on a decaying tree branch.

Here’s the strange thing. When we get home and she enlarges the picture and shows it to me, I see it — the interplay of different colors in a stone she spotted lying in a riverbed; the pattern of stripes on the wings of a bug she saw crawling on a blade of grass; the design of a flower’s petals as intricate and delicate as the stitching of a quilt; the brilliant hues of berries in a field, hiding their glory under a carpet of wild grass. When she shows these things to me, I can see the beauty that she saw, the magnificence of little things I had walked by and missed.

Peggy is an artist — she paints, creates, and imagines. Like every artist, she sees the world with a sense of curiosity and appreciation. Actually, it is the gift of wonder – the ability to be amazed by little things; to see more when other people see less; to be surprised again by the beauty you’ve seen a hundred times, feeling about it the way you did the first time you saw it, and to wonder how life could give you such a marvelous gift.

One of the reasons “the wise men” deserve that title is because they were wise enough to see in the star of Christmas what others missed. When they arrived in Jerusalem, the wise men asked King Herod: “Where is the one who has been born king of the Jews? We saw his star when it rose and have come to worship him” (Matthew 2:2). What is remarkable about the wise men is not that they saw the star. Everyone who looked into the night sky saw the same star. No, what made them wise is that they recognized the star for what it was: a sign that could lead them to God.

Scholars still debate what the star actually was. Some have suggested it was a nova, a newborn star that burned exceedingly bright for a short period of time. Others have said it was a comet. In recent times some have posited that it might have been the conjunction of Saturn and Jupiter, appearing to the naked eye as a single, brilliant star.

Once scientists agree upon a definitive answer, they still will know less about that star than the wise men if they do not recognize that it was more than a cosmic phenomenon. Whatever else it was, it was a sign that could lead men and women to Christ.

Take, for example, the struggle you experience inside. You so want to be unselfish and accepting and forgiving, but when you’re honest, you find it hard to be the person you want to be and easy to be the kind of person you despise. What do you think that is? It’s a sign that, like the rest of us, you’re made in the image of God yet flawed inside and in need of help. It is a sign pointing you to God. 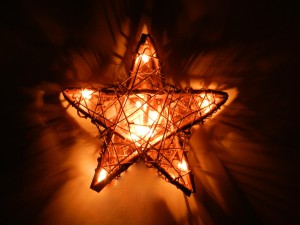 Do you remember the way you felt when you first held your newborn child? How impossible it seemed that anything so wonderful could come from you. Sure, you understood the biology and the genetics, but when you looked into that tiny face and felt your child’s heartbeat next to yours, every argument about life being meaningless and accidental seemed ridiculous. What do you think that feeling was? It was a sign that life has meaning and is grounded in something larger than itself. It is a sign pointing you to God.

Maybe for you the sign is how you feel when you gaze upon the beauty of a sunset or stand surrounded by the majesty of the mountains. Maybe it’s the stirrings you experience as you listen to great music and find yourself longing for something — you’re not even sure what. You can’t explain it, but there is a sense of wonder telling you that there is another dimension to who you are —something that science and reason alone cannot explain.

Perhaps, in a time of tragedy and suffering, when you seemed lost and alone, you found yourself buoyed by a strength you knew was not your own. Some little act of kindness, maybe from someone you barely knew, told you that someone cared and that life could be good again. And it was enough to get you through the darkness and pain. It was like a star shining in the night, giving you enough light to move forward and providing you with enough hope to hang on.

Life is full of signs, and what distinguishes the wise from the foolish is the ability to recognize them for what they are. I pray that, like my wife Peggy and like the wise men, you will have the gift of wonder this Christmas — the eyes of an artist that see the beautiful patterns and remarkable colors God has placed in your life. And I pray that you will be amazed at all God has done and is doing to reach out and reveal himself to you.

Adapted from The Wonder of Christmas: Once You Believe, Anything Is Possible (Abingdon).