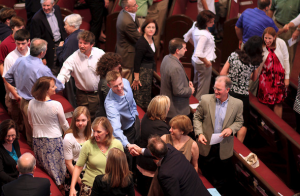 Methodists down through the decades are famous for being “methodical” and giving attention to detail. From the very beginning, John Wesley baked into the Methodist system a regular accounting of membership and attendance in small groups. In order to participate in a worship service, Methodist members had to regularly attend small groups and receive a ticket for admittance!

Today, church membership is a vital statistic used to track the health of the church. It is often a factor in how much money a local church is asked to pay for denominational missions and administrative expenses. The number of General Conference delegates and the number of bishops are determined by how many members reside in a given area.

But one must ask, given the importance of membership numbers, are they reliable? It is risky to draw detailed conclusions based on numbers that may not be accurate.

In a recent blog post, Dr. David A. Scott, Director of Mission Theology for the General Board on Global Ministries, reports a potentially groundbreaking news story that has eluded the United Methodist media and all other denominational analysts regarding explosive UM Church membership growth among ethnic minority groups in the U.S.

According to Scott, every single ethnic minority group has experienced dramatic growth between 1996 and 2016 (Scott has since informed me that the numbers he provides for 2016, are actually totals for 2014). If these statistics were proven to be solid, this would be a justifiable cause for denomination-wide rejoicing. It would also be one of the most important cultural/ethnic/racial religion stories in the news.

One of the iron-clad rules for journalism, however, is that when statistics look fantastically irregular, they are often worth a second look.

For example, is it possible that overall United Methodist membership and attendance in the United States could be declining at an alarming rate and yet African-American membership within the denomination has skyrocketed 37 percent?

If those statistics were solid, there would be a remarkable story to tell – and church growth leaders would be telling it. After all, the UM Church in the U.S. has not seen an identifiable 37 percent membership increase in years. 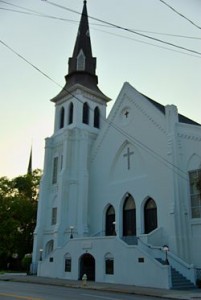 Based on alleged remarkable gains for minority groups and the drop among Caucasian membership, Scott concludes that Caucasians need to “acknowledge their whiteness and repent of the ways in which their thinking has been shaped by race and not the gospel,” so they can “learn from their sisters and brothers of color.”

Cross-cultural learning is always a worthy task, but Scott’s grounding this insight in the membership numbers he cites is a dubious one. This is true because the UM Church faces a variety of conundrums when it comes to compiling and reporting membership data.

Pastors, who lead its approximately 32,100 local churches in U.S., are ultimately responsible for submitting membership and attendance data to their annual conferences and the denomination’s General Council on Finance and Administration. The ways clergypersons manage local church membership rolls vary dramatically. Some are so fastidious they would warm John Wesley’s heart. Others, as one colleague wryly noted, “Have other fish to fry.” Most fall somewhere in between.

Clergy also vary widely in the way they receive members into the denomination. Some pastors require people to attend anywhere from four to a dozen or more class sessions on doctrine, history, and polity before joining the church. Others are happy to receive people as members at the close of a worship service after they have attended a time or two.

And while pastors do dutifully report membership losses many are loath to do so. They believe it reflects poorly on their leadership and, not without some justification, believe it will impact their next appointment. And of course district superintendents and bishops are not immune to a certain reticence around reporting losses either. On balance, there are many compelling reasons for pastors and church leaders to not be too meticulous when it comes to membership numbers.

Consequently, many local churches carry far more members on their rolls than actually attend their services. For instance, several of the denomination’s 100 largest churches see, on average, just 10 to 15 percent of their members at weekly worship. In 2015, over 60 percent of the UM Church’s 7.1 million members were not in attendance on any given Sunday.

None of this would be particularly disconcerting were it not for the fact that the membership numbers do figure significantly in different ways.

As noted above, the number of General and jurisdictional delegates are apportioned based on church membership. And membership figures are a key factor in determining the viability and number of districts, annual conferences, and episcopal areas in the church. But given all the variability in the ways members are created and membership rolls are maintained, how accurate is the data?

Which brings us back to Scott’s report on the rather dramatic increases he reports for minority groups and the lessons we might draw from their purported growth.

The UM Church is not particularly good at getting the big number right, let alone providing granular figures for distinct groups. Pastors, district superintendents, conference statisticians (typically a humble, hardworking pastor who has volunteered for the thankless post), and bishops are not trained census takers. And to believe that each year most pastors scrub their local church’s membership rolls, and then go on to decipher the racial and ethnic status of every member (a fair number of whom they may have never met) is to expect the unlikely. Some local churches do not ask the ethnic identity of their members and fail to track that characteristic accurately.

A comprehensive 2014 report by Lauren Arieux, a GCFA Research Fellow and Statistician, demonstrates how challenging it is to produce this type of data with consistency and reliability. While all of the minority groups in her report trend upwards from 1989 to 2013, the path is very inconsistent.

(It should be noted the figures for Caucasian membership go up and down as well.)

And none of this data actually comports with a Pew Research Center’s 2014 Religious Landscape Study that Scott links to in his article. According to that report, Latino (or Hispanic) and Mix/Other each account for 2 percent of the UM Church’s membership, and Asian and Black each account for approximately 1 percent. The remaining 94 percent, according to Pew is Caucasian.

What all this likely reveals is not, as Scott would have us believe, dramatic and heretofore uncelebrated growth among minority groups, but a church steadily struggling to get better at something difficult to do under the best of circumstances: decipher with care and consistency the racial and ethnic composition of millions of people. And to complicate matters, the UM Church is trying to do it with people who are neither trained nor equipped for the task.

This is not to say the goal of ascertaining solid macro and micro membership numbers is not a worthy one; it is. Given the importance the church places on membership totals for apportioning representation and determining the viability of annual conferences and episcopal areas, it should strive for more consistent and accurate figures. But until it gets there, granular numbers should be handled with caution, and sweeping lessons drawn from them should be made with care.