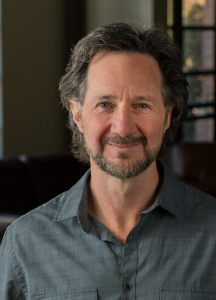 He didn’t go to our church. The truth is, he probably wouldn’t have fit in very well. I went to “First Church” where most of the members were professionals – doctors, lawyers, bankers, successful business owners. And many in my hometown worked at the oil and gas plants that it was known for – that and the distinct, distasteful smell they generated.

Those who worked at the plants and attended our church were executives and managers and engineers. Many of them had come from all over the country. He worked at one of the plants but he wasn’t like them. He was what we in Texas call “a good ol’ boy.” A laborer who drove a beat-up truck with a camper on the back, he didn’t wear the same clothes that my friends’ dads wore, wasn’t as cultured, wasn’t as successful, not in the way success is often measured.

I met him shortly after I had accepted Christ as a sixteen-year-old. A young man had been hired by our church for that summer and he led most of us to real faith in Jesus and our lives were changed. This was at the tail end of a revival that took place in the 1970s known as “The Jesus Movement.” It started with some hippies in California “getting saved” and then spread across the country. And in 1972 it reached my hometown and got me and my brother and the kids in my youth group.

But the summer ended, and the young man went back to school, and we were left with a bunch of parents and a pastor who loved us but who didn’t really understand what had happened to us. Some parents even wondered if maybe we were taking things too far. All we wanted to do was pray and worship and study the Bible. One father, the head of one of the plants and probably the wealthiest man in the church, bought us a new pool table and a new ping pong table, thinking that would get us back to being more of a traditional youth group – what we called MYF (Methodist Youth Fellowship) back then.

We lived fifty miles from Houston where there were some great churches where the Spirit of God was moving. And he wanted us to see it, to be a part of it, to know what was possible. So, we’d climb into his truck and he’d take us on a Friday night to a Christian coffee house or on a Sunday morning to a church with great praise music and powerful preaching. And we figured out that even if our parents didn’t quite get it or our pastor was a little concerned, what we had experienced of God and his Holy Spirit was real. It was how a relationship with Jesus was meant to be.

When we started the school year, we began to hold meetings on Tuesday evenings in our homes and invite other kids to come. We’d sing and pray, and one of us would get up and share the Gospel. We’d ask someone’s mom if we could come over and if she would bake some cookies. We would never tell her that some nights two hundred teenagers would show up. But they did and we’d have to meet outside, spread out over three front yards. At the end, we’d give an invitation and ten or twenty young people would give their lives to Jesus.

He was there. At every Tuesday night meeting we had. Not because he was a part of our church but because he loved us and he believed in us. He was there praying for us, watching us, watching over us. At the end he’d come up and say, “Boys, God really used you tonight.” “I could see God’s Spirit on you as you were preaching tonight.” “There’s a call on your life; you feel it, right?” “Oh, this is so good, what God is doing through you. No telling what he’s going to do with you in the future.”

The time he spent with us, the words he spoke to us, the encouragement he gave us, the vision he lifted up before us – the way he made us feel important and understood – the contribution he made to my life and the lives of others, I don’t know if I have ever been given a greater gift by anyone. I don’t know who I’d be or if I would have believed God was calling me into the ministry, if it hadn’t been for him.

We have such huge problems we’re facing. The pandemic. The economy. Race relations. Finding a way for the UM Church to separate and go in different directions. We need to work on those things. We must.

But I’ve come to believe it’s often the little things that make the biggest difference. A small act of kindness. A simple word of encouragement. Believing in someone and letting him or her know that we do. Throwing some kids in the back of your truck and taking them to where God is at work. And telling them when you see God using them.