The God of Free Grace 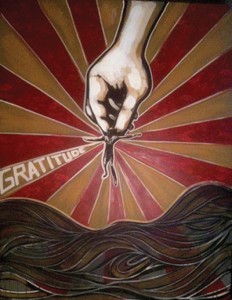 Is salvation available to all God’s children?

For many people, that seems like a no-brainer. Of course it is! But it’s also a question that has been long debated in the history of the church. Many people both past and present have concluded that salvation is not, in fact, available to all people. They believe God has predestined only some to eternal salvation. Those who have found favor in God’s sight are the “elect.” Others God has chosen not to save, and thereby consigned to an eternity without God in hell. Such people are known as the “reprobate.”

It seems harsh to think that God would create some people for the purpose of damning them. But there are some biblical reasons for thinking that this is exactly God’s plan. Think about the great story of Israel in the Old Testament: God’s chosen people, just a small nation out of all the peoples of the world. And of course, the Church is a continuation of the story of Israel. Those whom Jesus Christ has called to be a part of his body have been grafted into the tree of Israel–like wild olive shoots! (See Romans 11:13-24). Yes, Gentiles are now a part of God’s people. But being a part of God’s people is still a special calling.

And then there are the passages in the Apostle Paul’s Letter to the Romans which speak of God predestining those whom he foreknew for salvation (Romans 8:29-30). Doesn’t that suggest that some are chosen to be saved and others to be cast out–and isn’t this God’s decision made from all eternity? If this is true, then Jesus Christ died only for these fortunate “elect” people and not for the sins of the whole world.

In fact, it is not true. John 3:16-17 tells us, “God so love the world that he gave his only Son, that whoever believes in him should not perish but have eternal life. For God did not send his Son into the world in order to condemn the world, but rather so that the world might be saved through him.”

I count as one of my chief spiritual mentors the 18th century Anglican priest John Wesley, who once wrote a powerful sermon on “free grace,” the idea that God gives grace freely to all and enables all those who will to respond to Him in faith. Wesley looked upon the passage in Psalm 145:9 as an indication of God’s disposition toward his creation: “The Lord is good to all, and his mercies are over all his works.” In other words, the God we find in Scripture–and the God we find revealed in Jesus Christ–is a God who does not despise the creatures he has made. He created out of love, and it is through love that he desires his creation to be redeemed.

The evangelical character of God’s love is seen in many places in the Bible. We see it depicted most wonderfully in the life, death, and resurrection of Jesus Christ. “For the Son of Man came to seek out and save the lost,” Jesus tells us (Luke 19:10). And we also see God’s desire for the salvation of his creatures other places as well. When Paul is counseling Timothy to pray for non-Christians, he says, “This is good and pleases God our Savior, who wants all people to be saved and to come to a knowledge of the truth” (1 Timothy 2:3-4).

For those who wonder why history goes the way it does, or why Christ’s return does not happen immediately, Peter gives us a clue that points to the wide arms of God’s love: “The Lord is not slow to fulfill his promise as some count slowness, but is patient toward you, not wishing that any should perish, but that all should reach repentance” (2 Peter 3:9). God desires the salvation of all.

Does this mean that all people will be saved? No, there is nothing in Scripture to suggest that all people will be saved. There is actually quite a bit to suggest that this won’t happen, from the parables of Jesus in the gospels to the images of the end times in Revelation. The reason is not because God does not love all His creatures. It rather has to do with the character of God’s grace and the way grace works in salvation. Grace energizes, enables, and empowers. By grace, God beckons to us as a lover beckons his beloved. But God’s grace is not irresistible. Grace is God’s love for us, which has the power for salvation. But love does not coerce if it is true love; that holds for God as much as it holds for us.

So what about those passages in Romans that speak of predestination? One important thing to remember about Scripture is that we should never interpret any single passage in a way that makes a mockery out of the rest of Scripture’s witness about God’s identity or the nature of salvation. Obscure Scripture passages are always to be illuminated by passages that are more clear. That’s a basic rule for Scriptural interpretation, in fact. The Romans passage is about God’s omniscience–about the breadth of God’s vision. God does know who will respond to grace and embrace the gift of salvation. Therefore to say that God predestines those whom he foreknows is to say that God’s knowledge is perfect.

To believe that God creates so that he can damn is to make God into a monster. While there are many names given to God in Scripture, monster is not one of them. God is Love, as John tells us in 1 John 4:8. That is God’s character, and nothing He does will prove Him to be otherwise.

Andrew C. Thompson is Assistant Professor of Historical Theology and Wesleyan Studies at Memphis Theological Seminary. Reach him at www.andrewthompson.com. Follow him on Twitter @andrew72450.