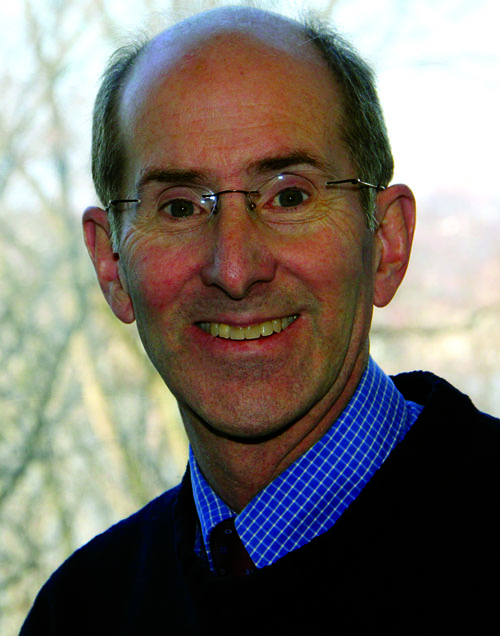 A few years ago, a key focus of a trip to England was to do some Wesley heritage touring, which led me to Aldersgate Street. Many reminders of the street can be found in the life of John Wesley, but the most remarkable is the entrance to the Museum of London. Adjacent to the main entrance is a two-story bronze structure complete with a reproduction of the May 24, 1738 page of Wesley’s journal. There, all can read of how his heart was strangely warmed and how he had assurance that he had been saved from the law of sin and death.

Given that Christianity is so far gone in English culture today, the prominence of John Wesley is even more astonishing. London has a long history of large historical figures and yet this founder of Methodism is the only one displayed. Perhaps, as some historians suggest, John and Charles Wesley and the Methodists changed the whole moral climate of that land in the 18th century, and maybe even averted another revolution of the French variety.

Prior to 1738, these very talented brothers were hardly culture shapers. They earnestly applied their best efforts to their Christian discipleship with only ordinary results. Had their ministry remained this way, we may never have heard of them. In 1739, everything changed.

What happened? While we must credit God with the outcome, several factors appear to be in play on the human level, including, of course, Aldersgate.

What is sometimes lost in all this is that Charles had a similar encounter with God just three days prior to his brother’s famous experience, and quite independent of it. On May 21, which happened to be Pentecost, Charles was ill and godly woman prayed a potent and powerful prayer over him. The prayer brought about what has been described as his evangelical conversion.

The extraordinary beginning of 1739 is often forgotten. From John’s journal entry of January 1 we find: “Mr Hall, Kinchin, Ingham, Whitefield, Hutchins, and my brother Charles, were present at our love-feast in Fetter-Lane, with about 60 of our brethren. About 3 in the morning, as we were continuing instant in prayer, the power of God came mightily upon us, insomuch that many cried out for exceeding joy, and many fell to the ground. As soon as we were recovered a little from the awe and amazement at the presence of his Majesty, we broke out with one voice, ‘We praise thee, O God; we acknowledge thee to be the Lord.’”

While many interpretations of these events could be offered, the one point remains clear: The ministry of the Wesleys went from ordinary to extraordinary. What occurred was clearly an act of God, but their own spiritual activity also played a role. This raises the question for modern Methodists: Can the best efforts through our own strength, talents, gifting and efforts be translated into something more that really makes a difference for the kingdom of God?

I believe it can. There is no simple formula for this, however, since nothing can happen without the mighty hand of God. We would do well to seek God for it. We would do well to include a vision of ministry and encourage prayer support. We would do well to hunger more for God’s reality. The United Methodist Church is so used to the ordinary – a dose of the extraordinary is desperately needed. Who is better suited to lead in this way than those whose faith is grounded in Scripture, who love the God of the Bible, and who stand on the shoulders of those who have gone before?

John Southwick is Director of Research, Networking, and Resources at Good News.