Saved to the Uttermost 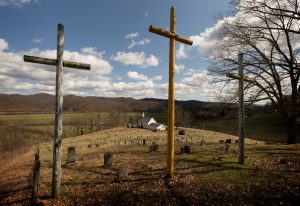 To be a Christian is to change. It is to become new. It is not simply a matter of choosing a new lifestyle, although that will change. It has to do with being a new person. A new person does not emerge fully formed. Conversion – passing from death to life – may be a miracle of a moment, but the making of a saint is a process of a lifetime. The process of saint-making is to work out in fact what is already true in principle. In position, in our relationship to God in Jesus Christ, we are new persons. Now our condition, the actual life we live, must be brought into harmony with our new position.

In our preaching and teaching, we too often put most of our emphasis on our coming into the Christian life; in confessing, repenting, and trusting Christ as Savior, and receiving his forgiveness. The theological or biblical term for God’s work in this dynamic is justification. When we think and talk about salvation, this is often where we center.

This is limited thinking. John Wesley, who with his brother, Charles, was one of the founders of the Methodist movement, used the term salvation in a broader and deeper way, referring to the entire saving activity of God in human lives. “By salvation I mean, not barely … deliverance from hell, or going to heaven; but a present deliverance from sin, a restoration of the soul to its … original purity; a recovery of the divine nature; the renewal of our souls after the image of God, in righteousness and true holiness, in justice, mercy, and truth.”

In his letter to the Ephesians, Paul calls us to “grow to become in every respect the mature body of him who is the head, that is, Christ” (Ephesians 4:15). It is a call to full salvation: maturity in Christ, spiritual adulthood, perfection in love.

In the Wesleyan tradition, we acknowledge this and talk about going on to salvation. Beginning with justification, full salvation includes sanctification, which is the theological word for God’s cleansing and purifying work within us. In his sermon “The Scripture Way of Salvation,” Wesley used the term “full salvation,” saying, “It is thus that we wait for entire sanctification; for a full salvation from all our sins – from pride, self-will, anger, unbelief; or, as the Apostle expresses it, ‘go unto perfection.’ ”

The climactic work of full salvation is glorification, the answer to Jesus’s prayer for his followers: “Father, I want those you have given me to be with me where I am, and to see my glory, the glory you have given me because you loved me before the creation of the world” (John 17:24).

To seek and save the lost. If you ever attended Sunday school as a child, you heard the story of Zacchaeus. You probably sang this song: “Zacchaeus was a wee little man,/ a wee little man was he./ He climbed up in the sycamore tree,/ for the Lord he wanted to see.”

Some have called him a “treetop saint,” one not quite ready to say yes or get involved in the available opportunities to know Jesus. Whatever else we might say about him, and a lot has been said (and sung), we can confidently say he was curious; not yet convinced, but curious.

He had heard so much talk about Jesus, and, hearing that Jesus had come to Jericho, Zacchaeus wanted to see him. He knew the crowd would be great and all would be pressing in to see and maybe to touch or speak to Jesus. How could he navigate the crowd? Being a “wee little man,” he had only one option: he would climb the sycamore tree. There, above the crowd, he would have a commanding view. Also, being a chief tax collector, he would not be seen and embarrassed by his curiosity. The crowd would not know he was anywhere around.

But Jesus knew. He not only saw Zacchaeus but also spoke to him, even calling him by name: “Zacchaeus, come down immediately. I must stay at your house today.” Because he didn’t hesitate a moment, we can easily believe that Zacchaeus had been pondering his life situation, feeling deeply the absence of meaning, obviously knowing he was “up a tree” in all sorts of ways. He jumped at the opportunity to come down. His response was as specific as the immediacy of his action: “Look, Lord! Here and now I give half of my possessions to the poor, and if I have cheated anybody out of anything, I will pay back four times the amount.”

Jesus was also immediate and specific in his response. “Today salvation has come to this house, because this man, too, is a son of Abraham. For the Son of Man came to seek and to save the lost.”

Knowing salvation. Most people in the Methodist/Wesleyan tradition of the Christian faith know at least the broad outline of the life of our founder, John Wesley. In 1725, having been nurtured by his mother, Susanna, and his father, Samuel, a priest in the Church of England, John, while a student at Oxford University, had a conversion to the ideal of holy living. There are few examples in history of a more disciplined religious person: he rose at 4 a.m., read the New Testament in Greek for an hour, and then prayed for an hour with his brother Charles and others who had joined him in what was derisively called the Holy Club. He spent time visiting prisons and gave to the poor all of his money except that which was absolutely necessary for his own living. He was almost neurotically preoccupied with the right use of his time.

He was a man desperately seeking salvation and assurance of his salvation. He was tirelessly bent upon achieving that and drove himself as a merciless taskmaster in all the religious disciplines and services that could be imagined. He even went to the American colonies as a missionary to the Indians, but failed in that, and returned home from Georgia, downcast in mind, despondent in spirit, pierced to his heart with the futility of all his efforts and the emptiness of his soul.

It was in that despondent mood that he went to a prayer meeting on Aldersgate Street, London, on May 24, 1738. A layperson read Martin Luther’s preface to the Epistle to the Romans and Wesley described later what happened in his own life: “I felt my heart strangely warmed. I felt I did trust in Christ, Christ alone for my salvation; and an assurance was given me that He had taken away my sins, even mine, and saved me from the law of sin and death.”

This Aldersgate experience transformed Wesley from a slave to a son. He knew that, in his words, “Christ had taken away my sins, even mine, and saved me from the law of sin and death.”

Sanctification. In his introductory comment to Wesley’s sermon “Christian Perfection,” Albert Outler wrote, “If, for Wesley, salvation was the total restoration of the deformed image of God in us, and if its fullness was the recovery of our negative power not to sin and our positive power to love God supremely, this denotes that furthest reach of grace and its triumphs in this life that Wesley chose to call ‘Christian Perfection.’ ”

Christian perfection is another term for sanctification. “Just as justification and regeneration are thresholds for the Christian life in earnest (‘what God does for us’), so also sanctification is ‘what God does in us,’” said Wesley, “to mature and fulfill the human potential according to his primal design.”

Wesley particularly emphasized this idea that “all can be saved to the uttermost”; he called it “going on to perfection,” drawing on Hebrews 6:1. By this he didn’t mean a sinless kind of moral perfection, nor a perfection in knowledge, but a perfection in love. The single identifying mark of the Holy Spirit’s work in our lives is love. Do we love God and do we love one another? That’s the test of our sanctification.

Wesley was always deeply disturbed when he saw Christians who were more like the Pharisees, people who trusted in their own righteousness, and consequently, showed little evidence of the growing presence of God’s love in their lives. He spoke of this often.

I don’t know where I heard the story, and it could be apocryphal, but it illustrates Wesley’s passion about the issue. Once while he was preaching, he noticed a lady in the congregation who was known for her critical attitudes toward others. All through the service she stared at his tie, with a frown on her face. At the end of the service, she came up to him and said very sharply, “Mr. Wesley, the strings on your bow tie are much too long. It offends me.” Wesley immediately asked for a pair of scissors, and when someone handed them to him, he gave them to the woman and said, “Then by all means, trim it to your satisfaction.” She did so, clipping off an inch or so from each side. “Are you sure they’re all right now?” he asked, and she replied, “Yes, that’s much better.”

“Then let me have the scissors for a moment,” Wesley said, “for I’m sure you won’t mind a bit of correction either. I do not wish to be cruel, madam, but your tongue offends me; it is too long. Please stick it out so that I may trim some of it off.” Needless to say, this critic got the point.

The work of the Holy Spirit is transformative. We can better understand the full impact of that transformation by 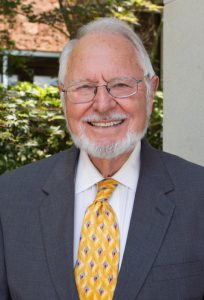 reflecting on the distinction between God’s action for the sinner – pardon and justification – and God’s action in the pardoned sinner’s heart – restoration of the broken image of God and of the human power to avoid and resist intentional sin. Again, Albert Outler expresses it clearly: “We have no part in our justification before God, save the passive act of accepting and trusting the merits of Christ. But we have a crucial part to play in the further business of ‘growing up into Christ, into the stature of the perfect man.’ ”

Maxie Dunnam is the director of Christ Church Global at Christ United Methodist Church in Memphis, Tennessee. He is the former president of Asbury Theological Seminary and world editor of The Upper Room. This excerpt is adapted from The Wesleyan Journey: A Workbook on Salvation (Abingdon). Reprinted by permission.