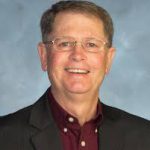 “Sing, O barren one who did not bear; burst into song and shout you who have not been in labor … The children of the desolate woman will be more than the children of her that is married … Enlarge the site of your tent … do not hold back; lengthen your cords and strengthen your stakes.”

Twenty years ago, I found myself drawn to these words in Isaiah 54:1-2 (NRSV) and I wrote an article about these verses for Good News. Strangely, I believed these verses were particularly appropriate for contemporary United Methodism. I still do.

Yes, I know if you look over the landscape of our denomination right now it doesn’t appear that we have much to “burst into song and shout” about. And as far as “enlarging the site of our tent,” we’re a denomination that’s been in decline for more than 45 years. Most of our churches are in a survival mode – just doing their best to hold on to what they’ve got. We are a denomination that for the last 50 years has been unable to reproduce itself or hold on to our youth.

As I’ve reflected on these verses in Isaiah and the ones that immediately follow, I’ve been struck by how apt the prophet Isaiah’s descriptions of the Israelites, after their 70-year exile in Babylon, are of us United Methodists today. He calls Israel a “barren one,” a “desolate woman” (v. 1); one who has suffered “shame” during her youth and “the disgrace of widowhood” (v. 4). She is “like a wife forsaken and grieved in spirit, like the wife of a man’s youth when she is cast off” (v. 6). She has been an “afflicted one, storm-tossed, and not comforted” (v. 11).

Yet it was to Israel in such awful condition, following those 70 years of most shameful, humiliating exile that God said, “Sing, O barren one … burst into song and shout … Enlarge the site of your tent.” And could it be that he is speaking the same words to us United Methodists? I believe the answer is a resounding Yes!

When I made that affirmation 20 years ago, I had just received an email from a United Methodist youth minister who said this: “I guess I need to hear from someone who still believes God is going to use this denomination. It’s hard to be motivated to revive something that many feel is dying or should die.” Those words echoed the way I felt.

At that time, there was a lot of talk of revival and spiritual awakening. My love for my Wesleyan roots was renewed during this time. God gave me a new set of eyes with which to view our church. He showed me things I’d never seen before. And he led me to this passage in Isaiah 54. There were two things in particular that were impressed upon me.

First, I came to realize that all the chaos and craziness in the UM Church, all the turmoil, is not the result of God’s absencefrom us; it is actually the result of his increased presenceand activity in our church. In Scripture, times of greatest redemptive activity are also always times of greatest judgment. For example, when Israel was redeemed from bondage in Egypt, Egypt was devastated by the ten plagues. The Red Sea opened for the Israelites, but closed on Pharoah’s army!

So just as some today are experiencing the increase of God’s presence as a river of redemption and blessing, our church, by and large, is experiencing it as a river of judgment and curse. It’s like being in a canoe. When you are traveling with the current, you experience the current as positive. It helps you along. But when you turn against it, you experience the same current as negative. It slows you down. But it’s the same current either way.

Could it be that given the present condition of our church, we are thus experiencing the present river of renewal as a current of resistance? Thank God that’s not true everywhere in United Methodism – especially for congregations outside the United States. There is much in the UM Church that I believe is under judgment, that needs to die. Before we can experience the renewal as blessing, those things that stand against God must be dealt with.

Understanding this idea has actually caused me to view the current turbulence in the church as a good thing. Even though it’s negative, it’s a sign God is working in our midst. And so I’ve found myself praying, “More, Lord, more! Increase your judgment upon us if necessary. Shake us from top to bottom. Let everything that is not of you be dislodged and blown away.”

However – and this is the second thing I have come to believe – in the midst of all the chaos and craziness, there is a righteous root of Methodism, a remnant which God is calling forth and which is going to participate in the work God is doing right now in bringing about a great worldwide harvest. The shaking and the turbulence is necessary for that righteous root to come forth. It’s like the labor and travail which is necessary in order to give birth.

There is a worship song that says, “Father of creation, reveal your sovereign plan, raise up a chosen generation that will march through the land. All of creation is longing for your unveiling of power. Would you release your anointing? O, Lord, let this be the hour.”

Like Joshua and Caleb in contrast to the others who came out of Egypt, the next generation will possess a “different spirit.” Unlike many of the current generation of United Methodists leaders, who have been caretakers and even undertakers, they will be risk-takers! They will possess the spirit of the early Methodists; the spirit of John Wesley and Francis Asbury and the first generation of circuit-riding Methodist preachers such as Peter Cartwright will be upon them.

I believe God’s word to us United Methodists can be found in Isaiah’s words, “Sing, O barren one who did not bear … Enlarge the site of your tent … do not hold back. Lengthen your cords and strengthen your stakes” (Isaiah 54:1-2, NRSV).

Please don’t take what I am saying as some kind of Methodist triumphalism, as if I believe Methodist glory days are here again. Denominationally, I’m not sure what is going to happen to us.

Think about how God answered this promise to Israel. “The children of the desolate woman will be more than the children of her that is married.” That’s what it says. But did it happen for Israel? Was she ever restored, after the exile, to the glory of her former days? No. In fact this promise really has been fulfilled not through the people or the nation of Israel, but through the church. Paul says in Galatians 3 that “if you belong to Christ, then you are Abraham’s seed, and heirs according to the promise” (v. 29).

But that’s not how the Jews who first heard or read Isaiah’s words would have understood them. They were looking for something for themselves. So what I’m saying is this: God will be true to his promise. You can count on that. He said to Israel through Isaiah and he says to us: “you will spread out to the right and to the left and your descendants will possess the nations” (v. 3, NRSV).

But let’s not assume we know what that means. Ten years from now, the United Methodist Church as we now know it may no longer exist. But God will – and he will be faithful. He will be true to his word even though the fulfillment might look quite different from the one we were expecting. What we’re talking about then is not Methodist triumphalism but Kingdom triumphalism.

If the United Methodist barren woman is going to sing, there will need to be some United Methodist suffering servants, those who will bear the burdens of others to make intercession for them. This will be the order. The experience of Isaiah 53 first; then Isaiah 54. There must be those who are willing to lay their lives down – like those early Methodist circuit riders did.

At one point in his Autobiography, Peter Cartwright, one of those early circuit riders, describes that early generation of preachers:

“A Methodist preacher in those days, when he felt that God had called him to preach, instead of hunting up a college or Biblical institute, hunted up a hardy pony or a horse, and some traveling apparatus, and with his library always at hand, namely, Bible, Hymn book, and Discipline, he started, and with a text that never wore out nor grew stale, he cried, ‘Behold the lamb of God, that taketh away the sin of the world.’

“In this way he went through storms of wind, hail, snow, and rain; climbed hills and mountains, traversed valleys, plunged through swamps, swam swollen streams, lay out all night, wet, weary, and hungry, held his horse by the bridle all night, or tied him to a limb, slept with his saddle blanket for a bed, his saddle or saddlebags for his pillow, and his old big coat or blanket, if he had any, for a covering.

“Often he slept in dirty cabins, on earthen floors, before the fire; ate roasting ears for bread, drank buttermilk for coffee, or sage tea for imperial; took, with a hearty zest, deer or bear meat, or wild turkey, for breakfast, dinner, and supper, if he could get it. His text was always read, ‘Behold the lamb of God.’ This was old fashioned Methodist preacher fare and fortune. Under such circumstances who among us would now say, ‘Here am l send me?’“

May the Lord raise up a generation of Methodist leaders like that today. May the spirit of self-sacrifice that moved our Lord Jesus, our suffering servant, and that moved the apostles, and that moved those early Methodists – may it move upon us and our church today.

Stephen Seamands is Emeritus Professor of Christian Doctrine at Asbury Theological Seminary in Wilmore, Kentucky, and the author of numerous books, including Give Them Christ: Preaching His Incarnation, Crucifixion, Resurrection, Ascension and Return(InterVarsity Press, 2012). This article is adapted from “Navigating the River of God” in the July/August 1999 issue of Good News.