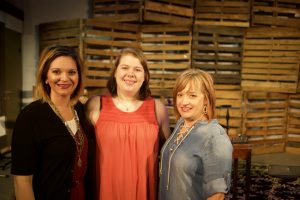 Last summer, I took a friend who lives on the East Coast to Waco, Texas, on a tour inspired by the popular show “Fixer Upper” with Chip and Joanna Gaines. The show is about what families go through to fix up a house. Not all remodeling is about building something new; it can also include tearing down what needs to come out so the house can reach its intended potential. For the families that embark on this process it can be scary. But at the end of each show when the “before” picture is rolled away, the joy on their faces as they view their newly renovated home says it all. It was worth it.

A house is not the only thing that needs renovation from time to time. As Team Leader of Renew Network, I have the privilege of hearing from women who have realized their ministry and mission programs are not meeting the needs of their congregation, much less the plan God has for them.

Last year, the women’s leadership of First United Methodist Church Carrollton, Texas, met to evaluate their ministry and make plans for the coming year. They had some great programs such as weekly in-depth Bible studies and quarterly multigenerational events with inspiring speakers. Once a year, everyone looked forward to the women’s retreat. Mission opportunities abounded, but something was missing. Their ministry and mission programs needed fixing up.

A few of the leaders went to the Lord in prayer and asked him to give them his vision for the women of First Methodist Carrollton. Rachel Knight, the women’s committee co-chair, describes this process as “shadow stepping” the Lord. “As we sought the Lord, he showed us there was untapped potential in our women that he wanted to uncover. As God revealed a new direction for our ministry, he gave us each step to take. Some doors opened and others closed.”

One of the first things the Lord impressed upon them was that the women’s ministry should not have a separate mission or vision from their church. Making disciples for Jesus Christ had always been a focus of their church since 1901, when the church was established. Even before their official founding, early members of First Methodist had participated in weeklong revivals and camp meetings held in nearby Dallas. In the 1970s, the church was a training center for Evangelism Explosion.

Currently, they find themselves in a diverse community where many of their neighbors have very little understanding of Christianity. The Lord reminded the women of their church’s mission to “create a community connected to God and others” and their vision to “fill every neighborhood with the good news of God’s love.”

Three words summarized this vision and became a framework for the ministry: “Gather, Grow, Go.” Gather events were necessary – large group events that had an element of fun and were an easy entry point for new people to get involved. Gather events always pointed to an opportunity to Grow. And as women realized who they were in Christ and were reminded of the gospel, they would Go and serve – in the church, in their neighborhoods, and around the world.

The Grow opportunities needed the most work. The idea of short-term small “core groups” emerged. Ladies would meet with four to five other women for six weeks, and then they would be placed with a different group of four to five women for the next study. This fostered new, multigenerational friendships in a church where many members have been in the same Sunday school class for decades.

The leaders developed three, six-week studies around the theme of renovate. “Fixer Upper” was the perfect starting point to discuss how all of our lives need God’s redemption and sanctification to remodel us into the image of his Son, Jesus. Rachel Knight and Denise Beckman, the women’s ministry co-chairs, began writing curriculum with Lauren Shirley, the church’s Communications Director.

The first study, titled “Blueprint,” centered on God, the Master Builder, and the story of creation, catastrophe, rebuilding, and restoration. Women studied the biblical framework that makes sense of the world and explains the big questions of life. It was followed by “Remodel,” which looked at the process of sanctification so we might overcome the effects of the Fall and reach our full potential to reflect the glory of God. “Move In,” the third six-week study, invites women to a deeper understanding of the work of the Holy Spirit, as they discover why Jesus left so the Spirit could move in and finish the work of the gospel.

The work of the Holy Spirit was nothing short of amazing. As women revisited or discovered for the first time the foundational principle of each lesson, they uncovered new insights. The discussion-based curriculum encouraged participants to verbalize what they were learning. As they reasoned their way through the scriptures and questions, they applied the scriptures to their own lives.

The success of the studies was greater than the women had hoped. Because Core Groups were offered on almost every day of the week and at various times, women who had not been able to attend signed up and came. When the program was reported to the Church Council, the decision was shortly made to adapt it to the men’s ministry where it has been equally successful.

For decades this church has had a vibrant commitment to global missions. Currently, they are planting churches in Cambodia, supporting orphanages in Honduras, India, and Pakistan, and leading evangelistic baseball summer camps in Germany. But encouraging Core Groups to “go” together has helped the church focus on local ministries in their neighborhoods such as sidewalk Bible school for Spanish-speaking families every Saturday and partnering with local food banks. There was every reason for Core Groups leaders to encourage their small groups to join in and strengthen the mission commitments of their local church.

With shared mission, First Methodist Carrollton is united and prepared for whatever challenges that may come. Their new program began with a handful of women committed to prayer. They know that when you seek the will of God, honor the teaching of Christ, and trust in the power of the Holy Spirit, the Lord will bless even in difficult times.

We live in challenging times. Division in our culture, in our church, and in our families is prevalent and threatens our foundations. But if our foundation is built on and committed to the gospel of Jesus Christ, we have nothing to fear. There may be crises and division in the church, but God is still at work in the life of the church and in the lives of those who faithfully seek him.

Katy Kiser is the Team Leader for Renew Women’s Ministries. Lauren Shirley contributed to this report. If you are interested in learning more about the ministry and curriculum at First Methodist Carrollton, contact Katy Kiser at Renew Network at 832-381-0331 or by email at  www.renewnetwork.org