Reflections on the Proposed Protocol for Separation 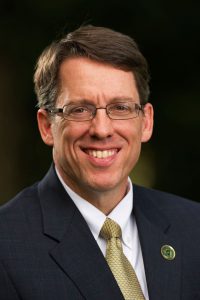 Quite a stir has rippled out across the country because of reporting by Christianity Today, CNN, New York Times, among others, with headlines like this: “Methodists Agree to Split Denomination” (Christianity Today headline), “United Methodist Church Proposes Historic Split over Gay Marriage and LGBT Clergy” (CNN headline), and “United Methodist Church Announces Plan to Split over Same-Sex Marriage” (New York Times). In case you were wondering, the United Methodist Church has actually not agreed to split, and none of those who met and signed this agreement were authorized to make such a decision. Any possible separation of the UMC cannot be made until May 2020 when the next General Conference of the UMC convenes to consider various petitions, since that body alone has the power to officially represent the denomination.

What the articles were talking about was actually an unofficial agreement on the terms of a proposed denominational separation signed by 16 leaders in the UMC who are regarded as representative of the various “conservative,” “centrist,” and “progressive” wings of the church. The agreement is known as the Protocol of Reconciliation and Grace through Separation (read it here). It includes eight shared principles, followed by six articles outlining the terms of the agreement, definition of terms, proposed timeline, financial considerations, and so forth. In the UMC, it is newsworthy whenever clergy and laity across such a wide theological divide find agreement, especially with a statement as detailed as this one. I want to commend them for the time and effort it took to create this document (and the stellar work performed by Kenneth Feinberg, esquire who led the mediation). I am confident it was done out of a genuine love for the church and heart for reconciliation. They did what was supposed to be done years earlier by the “Commission on a Way Forward,” which was officially authorized by the 2016 General Conference in Portland to come up with a solution but ran aground by supporting a plan which had already been rejected three times by previous General Conferences. We are now in 2020, and this new “Protocol” has been placed on the table and will probably end up before the General Conference in May of 2020. The “Protocol” carries particular weight because, even though it has not been authorized, the leaders involved have agreed to not support any other legislation which contradicts any portion of this agreement. However, before any actual delegates to the 2020 Conference endorse this plan, we should have a robust conversation about some of the possible implications of this Protocol.

You can read the rest of his post here.