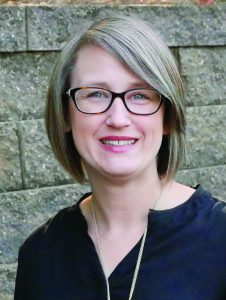 I have shared the deepest honor in walking with people as they discern their call into next steps of following the Lord for many years now, first in campus ministry, and now in missions mobilization. As Christian believers, our first and only permanent call is to God alone. However, God does have a history of giving people secondary, specific calls or assignments to a particular people and ministry.

One thing that often gets talked about as people discern transitions, particularly in missions mobilization, is a release from current ministry contexts. When a person enters a context with a sense of calling, it is a weighty thing, and one that cannot simply be dropped on a whim. When you ask a person who has experienced this type of calling how you know when you are released, a typical response is, “you’ll know” – like you “know” when you’ve met your perfect mate, or you “know” when you’ve walked into just the right house.

Well, the truth is, they are right.

I have had the unfortunate privilege to have failed in this particular way, and as the old adage says, failure is the greatest teacher. In my last ministry setting, I had the strange situation of quitting twice. The first time I did not have the sense of release from my calling to that place, but rather a crushing dread of staying. Four years later, when I experienced a true release from that ministry setting, I knew. I did not have a release the first time. There are some lessons I learned while quitting the same ministry twice. While it isn’t easy to describe exactly what a ministerial release is, I can say with certainty some things it is not.

First, the ministerial release is not an urgent sense of retreat. The ministry I worked in was experiencing a season of pain. We were in a difficult situation, and I felt like I was being crushed. As I look back, the verse that speaks to being pressed but not crushed comes to mind. In fact, Paul in 2 Corinthians 4 is calling the church to not lose heart in ministry. It is not easy; there will be hard times. But being “pressed” is not release. These pains are like the pains of labor that bring forth new life – a new life that still needs tender nurture.

Second, a ministerial release is also not self-protective. There was a part of me that feared for my own reputation should the ministry fold. As it turns out, that isn’t God’s chief concern. Just after speaking of being pressed but not crushed, Paul speaks of “being given up to death for Jesus’ sake.” Ugh. Please note here that I’m not talking about a lack of self-care or formation that will hold us up in ministry. That is essential. God did not say he would work us to death, but rather that death is at work in us, once again bringing about life.

Third, a ministerial release is not something the minister does, but something that is done to him or her. As noted above, to hold the burden of loving the flock well is a great weight. When done well, it is held with open hands. This kind of release is not the sense of opening your hands from a tight grip. Rather, ministerial release is when God removes the weight from your open hands. The keeper of the flock is released from his or her responsibility. When I felt pressed by the ministry, my instinct was to thrust back against what was pressing me. This is not release. When it was time for me to move on, my hands were free to wave and to wipe my own tears.

Lastly, a ministerial release is a calling to go toward something new which then requires the leaving of something now. As I write this, I am preparing to attend the retirement celebration for TMS Global’s beloved Vicki and Frank Decker. They have gifted us with a living example as they consistently remind us that they are not retiring, but rather rebooting. Our new calling may not be known. Like Abraham, God calls us to follow him to what he will show us next. Our hands ever remain in the same position, open, palm facing upward, ready to receive whatever joys and burdens he gives us for the life of the world.