Marriage: A School for Discipleship 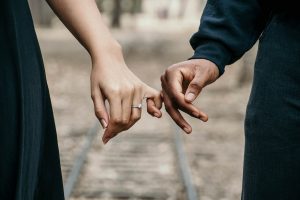 The cover story of the current issue of Christianity Today is entitled, “Can the Church Save Marriage?” I heartily recommend that and other articles in this month’s issue that talk about the challenges to marriage in our contemporary global culture.

The article is written by Dr. Mark Regnerus, professor of sociology at the University of Texas at Austin and co-founder of the Austin Institute for the Study of Family and Culture. The article summarizes points from his forthcoming book, The Future of Christian Marriage. Uniquely, it looks not only at the state of marriage in the U.S., but also in Europe, Latin America, and Africa.

Regnerus examines the decline in marriage among both Christians and the broader society in recent years. To illustrate that decline, Regnerus found that in 2014, 56 percent of evangelical adults ages 20 to 39 were married. Just four years later in 2018, that percentage had declined to 51 percent. Correspondingly for the same age group, only 40 percent of the total population were married by age 39 in 2018.

(Pastorally, I am cognizant here of those who are, or have been, in difficult or painful marriages, those who have been divorced, and those who want to be married, but are not. God is with the brokenhearted, the widow, the orphan. He also calls the Church to come alongside and encourage those in difficult circumstances. God offers healing and comfort in the midst of our pain and frustration. He desires to redeem the painful times and bring about good from the evil that befalls us. As we trust in him and find our refuge in him, the Lord will not leave us comfortless. See John 14:18-19.)

Regnerus examines several factors that could account for this decline. One in particular intrigued me.

“Marriage, even in the minds of most Christians, is now perceived as a capstone that marks a successful young adult life, not the foundational hallmark of entry into adulthood,” he found. “In the foundational vision, being newly married and poor was common, expected, and difficult, but often temporary. In the capstone standard, being poor is a sign that you’re just not marriage material yet.”

In other words, in order to get married, young adults often think they have to have their lives all together and be financially “set.” Marriage then becomes an “achievement,” rather than a foundational part of growing in maturity. It is something one checks off their list when other needs/wants have been satisfied. Couples formerly viewed marriage as a venue that would provide companionship through the growing pains of young adulthood. At present, they seem to desire to grow first individually and then marry after they feel that stage has been conquered.

When my wife and I were married (at age 22), I had an entry level teaching job and she was unemployed (having just graduated from college). Just a year after we were married, I was laid off from my position and she gave birth to our first child. For several weeks, we had no income, and I was only able to secure part-time employment after that. Then we headed to seminary, where we both had very part-time jobs and almost no income. Yet, these were some of the most formative years of our lives. With worldly eyes, we were not being “successful.” Instead, we were making an investment — an investment in each other and an investment in our future. That investment has paid off with a solid and fulfilling marriage of 42 years.

There is no guarantee that investing in marriage will yield worldly success, but marriage can lead to spiritual and relational maturity and growth. This early phase of our marriage became part of our story/narrative as a couple. These early difficult experiences/narratives have directly and indirectly impacted other challenging times as our marriage grew in depth and in years spent together. A sense of “we can get through this” (present trial) is, in part, based on those experiences of persevering through those trials early in our marriage.

Nowhere in Scripture does it say that God’s will for us is to be happy, notwithstanding the unfortunate mistranslation of the word “blessed” as “happy” in the beatitudes in some versions of the Bible.

Being holy simply means loving God with all our heart, soul, mind, and strength, and loving our neighbor as ourselves. Easy to say, but difficult to do. The kind of love we are called upon to give is agape love — the love that sacrifices oneself for the sake of the other — the kind of love Jesus demonstrated.

We learn to love through a lifetime of practice — trying, failing, and trying again with the power of the Holy Spirit helping and transforming us. We grow in holiness as we gain spiritual and emotional maturity. Sometimes we make dramatic improvement in a short time (a spiritual growth spurt!). Other times, we can go long stretches without seeing any apparent progress. This is the normal Christian life.

The joyful blessing and surprise is that in cultivating holiness, we find true happiness. This is not selfish happiness that depends upon us getting what we want. No, it is the deep joy that comes from growing into the person we were meant to be, taking on the character of God and being remade in his image.

Understanding that our goal is holiness, marriage is an ideal relationship in which to learn holiness — sacrificial love. Forging two individuals into a bonded pair is a sometimes painful, sometimes exhilarating process. We learn to give up our own desires in order to serve the other, and they reciprocate. In the nexus of mutual sacrifice and mutual submission (Ephesians 5:21), we are transformed into mature, loving, Christian disciples. This does not happen in a day or in a year, but in a lifetime of living together, practicing love.

In marriage and, when the Lord blesses us with children, in our larger family, we learn to give and receive love. Learning this on the human plane enables us to learn to love God and receive his love. Marriage and family life do not always work the way God intended them to, but that is the ideal picture of marriage toward which we strive.

We learn these lessons of love through other relationships, as well. But marriage is supremely suited to be a school where we learn the discipleship of love. It is a relationship that is intended to be as permanent as any human relationship can be. It is sustained by commitment through all the ups and downs of life’s circumstances (“for better, for worse, for richer, for poorer, in sickness and in health … until we are parted by death”). No other relationship (except perhaps the parent-child relationship) has that level of commitment.

We can recover a foundational view of marriage when we realize that marriage is not for those who “have it all together.” Rather, marriage is what helps us learn to have it together. We practice with each other the things that will make us holy and mature in the faith. And we have committed in advance to forgive each other when we fail. That commitment level gives us the freedom to try, even if we might fail. Whereas, if we think marriage ought to be a sign of “worldly success,” we are tempted to put on a show in marriage, play it safe, and never step out into the deep water, lest we fail and prove “we were not suited for marriage” in the first place. That is a recipe for failing to grow into maturity.

No one is suited for marriage in that sense. None of us realize what marriage really entails until we get into it a few decades. Marriage is not for those who have arrived, but it is the strength and companionship for the journey.

One of my favorite wedding Scriptures is Ecclesiastes 4:9-12. “Two are better than one, because they have a good return for their labor. If either of them falls down, one can help the other up. But pity anyone who falls and has no one to help them up! Also, if two lie down together, they will keep warm. But how can one keep warm alone? Though one may be overpowered, two can defend themselves. A cord of three strands is not quickly broken.”

That is a picture of marriage (among other things). It is not a destination, but a way of traveling. Our spouse is to be our helper, our support person, our companion, our defender, our encourager, our loving critic, one who forgives us and “spurs [us] on toward love and good deeds” (Hebrews 10:24). We help each other to grow in holiness, and by doing so, we find happiness in each other, in the Lord, and in all the blessings he showers upon us. That is truly a life of meaning and purpose!