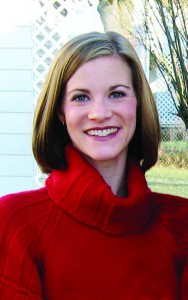 In her twenty years as a missionary in Central Asia and India, Rachel* has experienced God work in miraculous ways. Her stories always captivate me – so different than my life in the southeastern United States. Both the Old Testament and the Book of Acts come alive as Rachel recounts God moving among her Indian colleagues.

Rachel’s pastor, Arnav*, is an Indian Christian from the northeastern region of the country. Curiously, Christianity has spread in this remote area, while much of the middle of India has remained least reached. Arnav explained how this came to be, telling the unlikely story of how one man impacted an entire region of India.

“Our great-great grandfathers were headhunters,” Arnav began rather matter-of-factly.

His logic wasn’t immediately clear to Rachel, or to me as I listened to her retell the story.

He went on, “In a headhunting culture, when a boy came of age, he had to kill a warrior from another tribe to prove his manhood. All of the villages were in remote areas of the jungle. A boy would have to survive his trek through the jungle, kill a warrior, and bring his head and other specific body parts back to the village. If he survived the journey, he stood on a rock in the center of the village and was inducted into the tribe as a man.”

“One day, a missionary came to the village. It was no use to kill him since he wasn’t a warrior, so the people of the tribe let him live. They harassed him to try and make him leave, but he wouldn’t go. One time, the elders locked him in a cage. When he was released, instead of leaving the village – which would have been expected – he brought his wife back to live with him there.

“Throughout the years that this missionary lived in the village, he only led one person from our tribe to Christ. That man ended up being one of the greatest evangelists in India. Entire villages came to the Lord through the ministry of this one man, a former headhunter.”

That lone missionary was ignored, harassed, and put into a cage but he never gave up. What must have felt like a failed ministry to him was actually the catalyst that brought millions of Indians to know Christ.

It’s easy to give up when we don’t see results as quickly as we would like. How many of us have given up on a diet after a few weeks? By summer, most people’s New Year’s resolutions have been long forgotten. So what is it that drives some people to persevere in the face of hardship?

I think it is because this man knew what he wanted to do with his life. The love of God within him drove him to what may seem like somewhat extreme measures to share that love with others. He sought to love God, love others, and make disciples.

In the local church, ministry often seems to consist of mere conflict management, budget issues, and endless meetings, rather than intentionally making disciples. Yet what drove nearly all of us into ministry was the desire to love God, love others, and make disciples.

As Rachel closed her story she said, “I was reminded that we don’t have to understand what God is doing to follow Him. We don’t have to see the future. God has a plan that He rarely reveals to us, but He is always working to bring people to know Him as Lord.”

Whether you serve in a local church in the U.S. or in the northeast of India, God is faithful. Let’s continue to encourage each other to persevere in the face of what sometimes feels like insignificance, and trust the Lord to work all things for good. One person, propelled by the love of God and enabled by the Holy Spirit, can impact an entire region for Christ. And sometimes, they may not even realize it.

Reed Hoppe serves as the associate director of communications for The Mission Society, is a deacon in the United Methodist Church, and serves with her husband in a church in Alabama.