Little Lower than the Angels 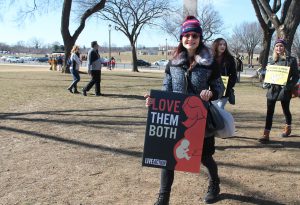 When David Watson looks at his 11-year-old son, he sees someone created a little lower than God – a treasured fellow human bearing the divine image. When the rest of the world looks at his son, we might mistakenly only see a young man with Down syndrome. If private thoughts were made public, there are even those that believe he shouldn’t have been born. Convinced his life, and the lives of his parents, will be weighed down by unnecessary hardship, these individuals feel that the most compassionate choice would have been to end his existence while still in the womb.

Technology and scientific progress make this decision a possibility. Now a mother and father can discover genetic disorders like Down syndrome. Armed with this information, proponents of abortion urge the termination of such pregnancies, a practice Dr. David Watson, academic dean of United Theological Seminary, recently called “eugenics.”

Defending the sanctity of all human life at the United Methodist worship service on the day before the March for Life in Washington D.C., Watson discussed the dangers of considering “intellect and rationality as markers of the divine image.” With due respect to Augustine and Aquinas, two theologians who originally identified this as a sign of humanity, such an attitude lends itself to a potentially dangerous thought process.

“The equating of humanity and intellect… seems to have permeated Western thinking very deeply,” Watson warned from the pulpit of the chapel of The United Methodist Building next door to the Supreme Court of the United States. “Perhaps that is one reason that 80-90 percent of pregnancies in which Down syndrome is detected are terminated, often at the urging of medical practitioners. In fact, in Iceland, people with Down syndrome have been almost entirely eliminated as a people group by means of prenatal testing and abortion. Why is this allowed? Why are we not calling this what it is: eugenics? Perhaps the reason is that people with diminished intellectual capacities are somehow seen as ‘less than’ – less than the rest of us, less than human.”

Advancement in neonatal science is changing the conversation around abortion. While new technology can determine if a baby has a genetic disorder, it also allows parents to see very human gestures in the womb. Many consider this technology the reason the millennial generation is now polling more pro-life than their parents.

Because of this, the pro-life movement has heavily relied on science to promote their cause in recent years. This represents a shift in the debate over abortion, as pro-choice activists have long claimed to have science on their side.

While this might be considered a great victory, some pro-lifers worry about the consequences of relying too much on science to promote their cause. Whether an embryo or fetus is a person cannot be answered by science, they argue. Instead, it’s a question of philosophy, theology, and human ethics. If these aspects are removed, it can all come down to a mere medical procedure completely devoid of moral argument. 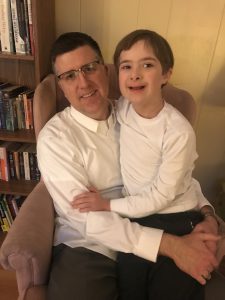 Watson furthered his point by proclaiming that our main reasoning behind abortion, particularly the termination of pregnancies in which the child tests positive for “diminished intellectual capacities,” is a desire for individual freedom.

“We have freedom, and freedom – choice – has become a value above all other values. We want freedom to do what we want, to shape our identity and destiny,” Watson said. “People with diminished intellectual capacities don’t fit the template of human beings as entirely free and rational subjects, and therefore they are viewed as aberrations.”

Appealing to morality that comes from God, Watson points to the New Testament book of Hebrews. The writer proclaims that God created humanity a “little lower than the angels” and “crowned them with glory and honor” (Hebrews 2:7). This is true, Watson said, even of those who are inconvenient for us and those that are different than us.

“Human beings have achieved feats of genius in our attempts to dehumanize the other, to make ourselves more and others less, and most often with tragic and lethal consequences,” he said. “History is rife with examples of how we make our tribe, our race, our people, our nation somehow more human than those unlike us.”

We use language to dehumanize the unborn, people with severe brain injuries, and people of other cultures, Watson said. This is a rebellion not only against our creator, but also against the way we are created. If the church does not stand up for the value of all human life, he said, then there is no hope.

Watson ended his address by reflecting on the beauty and joy his son’s life has brought to their family. “I have no ambiguity about his value as a human being. He is created a little lower than God, crowned with glory and honor. He bears the divine image. He is fearfully and wonderfully made. And he is a baptized Christian. I know who he is, and I know whose he is. Much of the world does not. Much of the world would suggest that it would be better had he never been born. But they are wrong.”