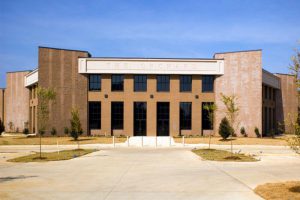 The largest local church in the Mississippi Annual Conference in terms of worship attendance and one of the 25 fastest growing churches in the U.S. has now officially exited The United Methodist Church.

According to lead pastor Bryan Collier, The Orchard Church (Tupelo) reached a settlement with conference leaders that made its departure official as of May 19, 2017.

“There was just no question among [The Orchard’s] leaders that this was right move for us,” said Collier. “Our departure was not about the homosexuality issue per se, but about the general church’s inability to deal with it. Unfortunately, its failure became an enormous distraction to the kingdom work our congregation is called to do.”

Last fall, the UM Church’s Council of Bishops appointed 35 clergy and laity to serve on the Commission on a Way Forward for the Church. It charged the commission with preparing a proposal it hopes will serve as a basis for resolving the denomination’s long and divisive debate over its sexual ethics and teachings on marriage. And recently, the council announced it will convene an unprecedented, called General Conference in February 2019 in an attempt to settle the dispute that threatens to divide the denomination. 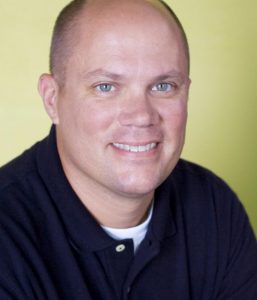 “The Orchard fully embraces, as it does with all people, its need to minister to those who identify as gay, lesbian, bisexual, or transgendered, and with their families and friends as well,” said Collier. “But the denomination was not helping us do that. The Judicial Council’s recent, convoluted decision is emblematic of [the UM Church’s] inability to put the disagreement to rest. We didn’t want to let this one issue distract us anymore. We know the arguments on both sides, we’re clear in our hearts and minds where we stand, and we’re prepared to move forward accordingly.”

The multi-campus church has facilities in Tupelo, Baldwyn, and Oxford, and averages over 2,600 in worship attendance. Collier is the congregation’s founding pastor, and he and the church are celebrating 20 years of ministry together this year.

The Orchard announced its decision to leave the denomination this past February, and shortly thereafter entered into a time of discernment and negotiations with Mississippi Annual Conference leaders.

At the same time The Orchard announced its intention to leave, Getwell Road UM Church in Southaven, Mississippi, also gave notice of its plan for an exit. Reached via email, the Rev. Bill Beavers, the church’s senior pastor, said, “We do not currently have a settlement, but we hope to have things tied-up and resolved with the conference in the next two weeks.”

Both pastors characterized their negotiations with Bishop James E. Swanson Sr., the episcopal leader in the Mississippi Area, and other conference officials as peaceful and civil. Collier noted that there was no good model for a congregation that wants to leave peacefully and honorably, so both parties had to be creative.

“Everyone in the process has tried hard to be God honoring,” said Collier. “We’re most appreciative of the tone of the conversation between ourselves and the conference’s leadership. It was peaceful because both sides were committed to making it so.”

Collier serves as a council member of the Wesleyan Covenant Association (WCA) and The Orchard is a member congregation. The WCA is a new and growing network of local churches and people who are planning for “what’s next” in light of denominational uncertainties. Collier explained that both he and the congregation will remain a part of the WCA, and are excited about working together with other like-minded congregations who embrace Wesleyan theology and practices.

The conference will gather in Jackson June 8-10 for its annual gathering.