Kingdom Believers in a Partisan World 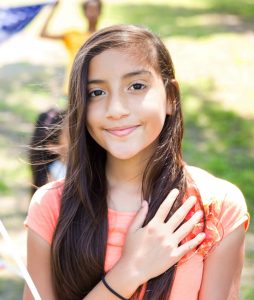 Thinking back only two years ago, it is hard to imagine that wearing a medical mask could have become a national political conflict. And if someone had told me only a year ago that my faith would be called into question because I suspended in-person worship for three months during a worldwide pandemic, I would have smirked at such Orwellian nonsense and suggested a twelve-step group.

And yet, here we are. These are strange days indeed, as this crisis has frayed the national fabric and exposed the depth of our political and spiritual divide. But as with most things, there is an opportunity here to bring beauty from ashes. In a country fighting – literally fighting – for its life, Christians have a choice to make about our allegiance. Who is our King? Where is our country? What defines our worldview?

We are not the first to need such redefinition. In the New Testament, Peter’s letter to the Christian communities scattered across Asia Minor (a region that would fall inside Turkey’s boundaries today), was written to folks enduring deep and worsening tribulation. Peter’s letters were meant to encourage and inspire them to see themselves not as pawns of the state but as citizens of an alternate Kingdom. Although the world – and in particular the Roman Empire, the dominant earthly power in their world – did not value or want them, God did. And not only that, but God could offer them a country of their own, a worldview that would endure beyond an empire, and a King who loved them, chose them, and had plans for them.

In an age when the emperor was often considered to be a kind of god and a force to be feared, and allegiance was expected without question, Peter’s message was radical. Yet, into that very culture Peter would boldly speak the language of choice and rejection, priming his audience to hear that a choice to follow one empire was a choice to reject another, and that in fact they had already been chosen by one who had already been rejected by the very world that was now rejecting them.

In his letter, Peter would quote Psalm 118:22: “The stone the builders rejected has become the cornerstone” (1 Peter 2:7). Jesus would wield the same verse as a warning to the Pharisees: by rejecting Jesus, they were rejecting the Kingdom of God (Matthew 21:42). Peter would proclaim that this One, though rejected, has become the reigning King. Those who follow him would become citizens of his Kingdom and his gospel would become their worldview.

A citizen of this Kingdom would be known not by party affiliation but by supernatural transformation: “You are a chosen people, a royal priesthood, a holy nation, God’s special possession, that you may declare the praises of him who called you out of darkness into his wonderful light. Once you were not a people, but now you are the people of God; once you had not received mercy, but now you have received mercy” (1 Peter 2:9-10).

Every word in this passage deserves its own exegesis, but for our purposes we will focus on what it means to be chosen as a special possession. Our Wesleyan ears should hear again that chosenness is our theological inheritance, too. It is the gift of a life that has been fundamentally altered to reflect an other-worldly character, resulting in an other-worldly allegiance – in the world but not of it. And it is the leaven that works its way through a culture to fundamentally transform it into God’s special possession as well.

Chosen. A naturally competitive world teaches us to eye each other with suspicion and vie for our place. That spirit creates panic-runs on the grocery store and causes us to pull in and care only for “us and ours.” Chosenness is a critical quality of a Kingdom citizen. It was the missing piece in John Wesley’s spiritual life that – once discovered – changed the trajectory of his ministry and sparked a global revival.

Augustus Spangenberg once asked John Wesley if he knew Christ, only to have Wesley respond academically, “I know He is the Savior of the world.” Spangenberg pressed him on that point. “But do you know yourself?” That question exposed an interior world of self-doubt that plagued Wesley’s spiritual life and ministry effectiveness. 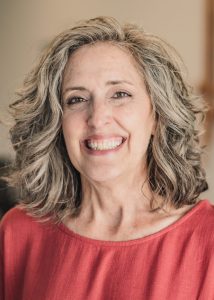 The conversation with Spangenberg laid the groundwork for a later encounter with the Holy Spirit, after which Wesley could finally embrace the truth of his own personal chosenness. “I felt that I did trust in Christ and Christ alone, and an assurance was given me that He had taken away my sins, even mine …” (emphasis added).

Knowing ourselves as chosen not only allows us to conquer feelings of fear and spiritual inadequacy, but fundamentally shifts how we engage the world around us. We can operate from a secure place, our identity rooted in a firmer foundation than the shifting sands of partisan politics. When we know ourselves as chosen, we can empathize with the pain of others without feeling ourselves diminished in the process.

Jesus’s word to his followers that they were like a city on a hill or a lamp on a stand is a good word for us who worry that we are not enough. When a lamp gives off light, it isn’t diminished by that. Unless it burns out, it keeps giving light at the speed of light, even if everything around it is darkness. When we know ourselves as chosen and not in some way depleted, we can love, share, serve, and listen to understand, and yet be undiminished by all we give. We only increase the circle of illumination around us.

Royal. Peter goes so far as to qualify our chosenness as royal. We are children of the King. In a brutal, competitive, me-first world, Kingship is often acquired or defended by taking the lives – shedding the blood – of challengers. Meanwhile, Jesus is the anti-king-of-the-hill king. Rather than a tyrannical monarch who kills to gain power, King Jesus gave his blood away. When we allow his royal blood to course through our veins, we become members of his household with all the rights and privileges afforded to royalty. When we know ourselves as royal, we begin to see our needs as covered by virtue of our place in the royal family.

By calling Jesus’ followers “royal,” Peter shapes a new definition for citizenship. “Once you had no identity as a people; now you are the people of God. Once you had not received mercy but now you have received God’s mercy” (1 Peter 2:10).  As children of the King, we have inherited all the rights and privileges of a royal family. In biblical terms, we are holy; and yet, we are not called to hold ourselves out from the world but to invite others into the Kingdom of God.

“Your task is to find the symbolic ways of doing things differently, planting flags in a hostile soil, setting up signposts that say there is a different way to be human,” writes British biblical scholar N.T. Wright. “And when people are puzzled at what you’re doing, find ways – fresh ways – of telling the story of the return of the human race from its exile, and use stories as your explanation.”

As royalty, we have the right, responsibility, and pleasure of inviting the world out of exile, introducing it to its alternate story of an in-breaking Kingdom that will never end.

God’s own possession. The Greek word Peter uses for “special possession” – peripoiesis – is fire-breathing. We find this word used five times in the New Testament and with various nuances of meaning. It can mean “a purchased possession,” but it is also used to talk about obtaining salvation. Where we see it used in that way, it is as if God is obtaining salvation for us, rather than us obtaining it for ourselves.

This word teaches us something about how God comes for us. He comes to buy us back, to provide a kind of protection, to get us out of bondage. And yet, peripoiesis is even more than that. Peri means “around.” Possession in this sense is literally God drawing a circle around us, as if to say, “This one is mine.” The word radiates the truth of our chosenness, of our regal status.

God has come for us, has drawn a circle around us, has claimed the ground around us as Kingdom soil and us as Kingdom citizens. There seems to be muscle behind this word, a sense not only of coming after us but of snatching us out of the hands of our enemies. Peripoiesis is the Great Lion of Judah hearing our cries and knowing our trouble and coming to stand guard over us until the enemy has passed by. Surely this is the spirit of Paul’s words to the Corinthians. “You are not your own, for you were bought with a price” (1 Corinthians 6:19-20).

Inside that word – peripoiesis – is the word poiesis. In philosophy, poiesis is “the activity in which a person brings something into being that did not exist before,” observes theologian John Polkinghorne. Or as Peter would say in this same verse, God has called us out of darkness into his marvelous light (1 Peter 2:9). When God, who creates new things out of nothing, possesses us and draws us into Kingdom citizenship, he introduces something new into the world, almost as if uncovering a treasure buried in a field.

“Christians are the insiders who have diverted from their culture by being born again,” writes theologian Miroslav Volf. “They are by definition those who are not what they used to be, those who do not live like they used to live. Christian difference is therefore not an insertion of something new into the old from outside, but a bursting out of the new precisely within the proper space of the old.”

And why does God so transform us in this way? So we can declare his praises. As citizens of the Kingdom of God, our work is to declare the praises of our King and to reject anything other than the Kingdom of God as our highest priority and only allegiance. It is not ours to determine whether one party or another (or even one country or another) is more or less holy. The unshakable Kingdom of God is our country, and we are Kingdom people – royalty with power to inform and transform the community and world in which we live, vote, speak, act, and have our being.

King Jesus is our leader, a just and holy God who demands and deserves our absolute allegiance through faith and works. His gospel is our worldview and platform; it informs our every choice. Let that guide our every public comment and private musing as we navigate a volatile culture in desperate need of transformation.

Carolyn Moore is lead pastor of Mosaic United Methodist Church in Evans, Georgia. In addition to being a sought after speaker, blogger (artofholiness.com), author of several books, including Supernatural: Experiencing the Power of God’s Kingdom (Seedbed), Dr. Moore also serves as the chair of The Wesleyan Covenant Association’s Global Council. This essay first appeared at Firebrand (firebrandmag.com) and is reprinted here by permission.