Hearts of Fire with Perfect Love 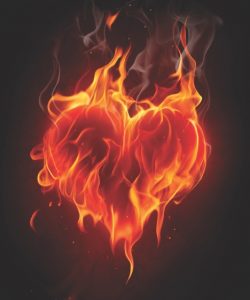 “Methodism exists in order to preach, teach, and proclaim the bold optimism that the grace of God is able to bring full salvation to everyone.”

Methodism is in the midst of an identity crisis. We have forgotten who we are. We have abandoned our theological heritage.

God raised up the people called Methodists to preach, teach, and experience one core doctrine. This doctrine is Methodism’s reason for existence. If we get this right, everything else will fall into place. If we get it wrong, we will miss the unique calling and purpose that God has for us.

Less than six months before he died, John Wesley wrote a letter to Robert Carr Brackenbury that referred to this core doctrine as “the grand depositum which God has lodged with the people called Methodists; and for the sake of propagating this chiefly He appeared to have raised us up.”

That sounds important! But the previous quotation also contains a handful of words that we do not use much today. Let’s start with “grand depositum.” Wesley meant that God had deposited or entrusted Methodism with something of great worth and importance. Propagating means to spread or pass on to others.

So, Wesley was saying that God had entrusted Methodism with something specific of great worth and importance. And God raised up Methodism in order to spread what God has entrusted to us to as many other people as possible.

Wesley identified the key thing that God gave to Methodists as a specific doctrine or teaching. So, what is this doctrine? Entire sanctification or Christian perfection is the grand depositum that God has given to us.

Entire sanctification is the doctrine that defines Methodism’s audacious optimism that the grace of God saves us entirely, to the uttermost.

This grand depositum is still the reason God raised up Methodists. Methodism exists in order to preach, teach, and proclaim the bold optimism that the grace of God is able to bring full salvation to everyone. Methodism separated from this core teaching has no future. If Methodism focuses once again on this grand depositum, it will find new life and fresh outpouring of the Holy Spirit in its midst.

We have the opportunity to recover this powerful truth and again present it to a world desperate for hope and healing.

This discussion is for everyone who at some point traces their spiritual lineage back to John Wesley, the founder of Methodism. This includes denominations that have the word Methodist in their names, such as the United Methodist Church or the African Methodist Episcopal Church. I also have members of the Holiness Movement in mind, like the Wesleyan Church, the Free Methodist Church, Church of God (Anderson), Church of the Nazarene, and the Salvation Army. But this is still not the full extent of the Methodist family. I am also thinking of members of the global Pentecostal movement whose understanding of a second work of grace and baptism of the Holy Spirit can be traced back to John Wesley and the doctrine of entire sanctification. When Pentecostalism is taken into consideration, we are talking about well more than a billion (yes, billion with a “b”) Christians today who can trace their heritage back to Wesley and early Methodism.

Methodism’s significance within the body of Christ is often underestimated or overlooked. But we are a powerful movement of the Holy Spirit that has brought not only forgiveness of sins through faith in Christ, but also freedom from the power of sin and an outpouring of holy love in countless lives over the past three centuries. Methodism has been the most Spirit-filled in our history when people have leaned into our grand depositum and wrestled with God to help people receive the blessing of entire sanctification. When Methodists have lowered their expectations of what God can do in this life, spiritual and numeric decline have followed.

God did not raise us up to lower expectation for what is possible through the work of Jesus Christ. We have been brought to life to tell the world that “it is God’s will that you should be sanctified” (1 Thess. 4:3a). And God is able to do what he wants to do in us!

Why Are We Here? These are trying times for Wesley’s spiritual heirs. All who trace their spiritual lineage back to John Wesley are facing sustained challenges in a variety of ways. Despite these real and serious challenges, I feel excitement and a growing sense of anticipation.

I have an expectation in my spirit that the living God is going to do an (old) new thing. Unsettled and even chaotic times can provide an opportunity for reevaluation. They can bring clarity. Difficult seasons can bring renewed focus on the reason a group exists. This is a great time to seek clarity about a basic question: Why are we here?

I am convinced that there is one main reason we exist: to preach, teach, and help people receive the gift of entire sanctification. This is the reason God first breathed life into Methodism. And this is the reason I have hope God will breathe life into our churches once again.

Like many of you, I’ve been praying. I’ve been asking God to break through. I’ve been wrestling with what faithfulness looks like in this time and in this place. And I’ve been hearing the word “return.” The first time I heard that word, my mind was going in so many different directions I wasn’t sure what it meant. But as I’ve kept hearing “return,” the mist and confusion have been clearing away and one particular Scripture passage has stood out:

Thus says the LORD:
Stand at the crossroads, and look,
and ask for the ancient paths,
where the good way lies; and walk in it,
and find rest for your souls.
But they said, “We will not walk in it.” (Jeremiah 6:16, NRSV)

The grand depositum of Methodism was the doctrine of entire sanctification, or Christian perfection. The mission of Methodism in Britain and in the United States was initially to “spread scriptural holiness.” Holiness, or sanctification, was the core focus and purpose of the people called Methodists. Wesley understood holiness to be an ongoing process of becoming more and more like Jesus, loving God and neighbor to the exclusion of sin. Entire sanctification (which will also be referred to as Christian perfection or full salvation here) was the goal of ongoing growth in holiness. So, what exactly is entire sanctification? In A Plain Account of Christian Perfection, Wesley gave a succinct definition:

“(1) That Christian perfection is that love of God and our neighbor, which implies deliverance from all sin. (2) That this is received merely by faith. (3) That it is given instantaneously, in one moment. (4) That we are to expect it, not at death, but every moment; that now is the accepted time, now is the day of this salvation.”

The goal for Wesley and his followers was to actually live the kind of life that Scripture tells us is possible by the grace of God in Christ Jesus. This determination was expressed most boldly in the doctrine of entire sanctification. This teaching was the grand depositum that God gave to Wesley and those who went before us.

It is time to return, to recommit to steward what has been entrusted to those who follow in the footsteps of Wesley and the first Methodists. 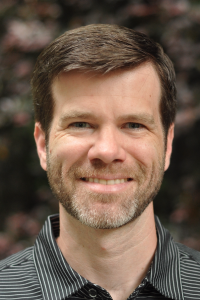 The Stakes Are High. I am convinced that any form of Methodism that is not dearly connected to the doctrine of entire sanctification has no future. Any new movements or expressions of Methodism must place our grand depositum at the center of our faith and practice. I am equally convinced that if we as a people recommitment ourselves to this grand depositum, God will breathe new life into our movement out of love for a desperate and hurting world.

Here is what I see as being at stake for us today: We live in a world where many are desperate for hope and healing. Many have a quiet desperation that comes from the numbness and pseudo connections that have developed from spending too much time connected to our screens and far too little time connecting in person in life-giving relationships. Many are desperate because they know that their lives are going in directions that are not going to end well, but they are not able to stop. Many are depressed, discouraged, and simply without hope. The list could go on.

In this reality, our calling is to preach the full gospel. We have the good news of Jesus Christ. The gospel of Jesus not only brings forgiveness and pardon; the gospel brings hope and healing. Through faith in the amazing grace of God, we can be forgiven and reconciled to God. This is, indeed, good news. But there is more! God doesn’t want to just forgive us, he also wants to offer us power and freedom over the ways of sin and death.

We need not limp through this life, defeated, merely surviving. No! “We are more than conquerors through him who loved us” (Romans 8:37 NRSV)!

We can be saved to the uttermost!

Jesus is able. There should not be a church in any of our communities that has a more audacious and bold optimism of what God’s grace can do in the lives of every single person than churches that trace their roots back to John Wesley. Entire sanctification is not an abstract idea or merely a theory.

Entire sanctification is the fruit that comes from knowing a person – Jesus, our risen Lord. Jesus saves. Jesus rescues. Jesus heals. He has done these things before and he will do them again!

There is still Living Water here.

As we unplug the well of the entire sanctification and invite people to drink deeply from it, we will see fruit. We will see lives undone by the love of God that has been poured out over the world in Jesus Christ. We will see lives mended and made whole. We can unplug this well now and offer the Water that is already in it today to the people in our communities.

Kevin M. Watson is associate professor of Wesleyan and Methodist Studies at Candler School of Theology, Emory University in Atlanta. He is the author of numerous books, including The Class Meeting (Seedbed). This article is taken from his recent book Perfect Love: Recovering Entire Sanctification – The Lost Power of the Methodist Movement (Seedbed, 2021). It is reprinted by permission. He writes at kevinmwatson.com.