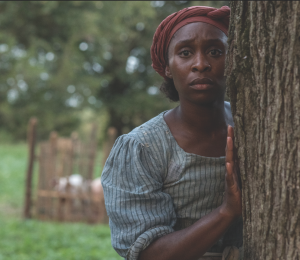 Harriet Tubman, the fearless conductor of the Underground Railroad, escaped slavery in 1849. She found refuge at a nearby farm and eventually made her way to Pennsylvania. Marveling at her newfound freedom, she looked at her hands to see if she was the same person. “There was such a glory over everything,” Tubman said. “The sun came up like gold through the trees and over the fields, and I felt like I was in Heaven.”

But Tubman was never satisfied with her own freedom. She worked multiple jobs, lived frugally, and saved her wages to rescue her own family. Citing God’s rescue of his people from Egypt, Tubman swore she would allow nothing to make her stray from her God-given task to fight against slavery.

“I was free,” Tubman said, “and they should be free also; I would make a home for them in the North, and the Lord helping me, I would bring them all there. Oh, how I prayed then, lying all alone on the cold, damp ground; ‘Oh, dear Lord,’ I said, ‘I ain’t got no friend but you. Come to my help, Lord, for I’m in trouble!’”

Tubman made 19 return trips to the South to save others from slavery. Listening for the voice of God for guidance, she only went where she felt he was leading. Abolitionist Thomas Garrett said he had never met anyone with more confidence in God’s voice. Other abolitionists cited God as the source of her strength, and claimed that she trusted him as protector and deliverer of the weak.

To protect her “passengers” as well as her ultimate mission, if a slave considered returning to his master, Tubman would hold a gun to their head and ask them to reconsider. A slave who went back could easily give away the others and risk ending the entire operation. “…if he was weak enough to give out,” Tubman said, “he’d be weak enough to betray us all and all who had helped us, and do you think I’d let so many die just for one coward man?” In spite of this, Tubman said she never had to shoot anyone she helped.

Throughout her work with the Underground Railroad, Tubman freed over 300 slaves. In the Civil War, Tubman worked as a laundress, nurse, and a spy for the Union army. She was also the first woman to lead an armed expedition in the war. Though she received accolades from the government, Tubman died in poverty in 1913, in her home in Auburn, New York – a property she left to the African Methodist Episcopal (AME) Zion Church.

This fall, Focus Features film Harriet will be in theaters. Starring Tony Award Winning Actress, Cynthia Evivo (Widows, Bad Time at the El Royale) as Tubman and directed by Kasi Lemmons (Luke Cage, Talk to Me), Harriet will follow Tubman’s escape from slavery and her work with the Underground Railroad. Make sure to check out this movie.