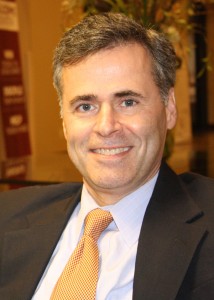 In November, the Rev. L. Fitzgerald Reist II, secretary of the General Conference, announced the precise apportionment of delegates to the various annual conferences in the United States and worldwide. Reist noted he is required to apportion delegates based on the figure supplied by the commission and a formula contained in the Book of Discipline. The application of the formula revealed that 864 delegates have been apportioned for General Conference 2016 to be held in Portland, Oregon, May 10-20.

Nearly every annual conference in the US will send a smaller delegation to General Conference 2016; several delegations will remain the same size they were in 2012.

However, the combination of the commission’s decision to reduce the number of delegates and the application of the Book of Discipline formula affects US annual conferences in dramatically different ways. For instance, the size of the California-Nevada and California-Pacific annual conferences’ delegations will remain the same as they were in 2012, six and eight delegates respectively. Conversely, both the North Georgia and Oklahoma delegations will each lose four delegates—a 15.4 percent reduction for the former and a 22.2 percent loss for the latter.

Commission chairwoman Judi Kenaston and Reist stated that one of the main reasons the commission voted to reduce the number of delegates was the conviction that “a smaller General Conference [would] allow for a slightly better sense of community and a better chance to provide an environment for Christian Conferencing.” Commission members voted 14-2 in favor of the reduction. Kenaston and Reist noted that the two members opposed actually wanted a larger cut.

Walter Fenton is the development director for Good News.