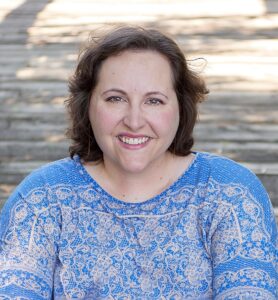 September first was my one-year anniversary working with TMS Global. My job is to interview cross-cultural witnesses (CCWs, or missionaries) and write their stories.

You’d think this job has the potential to be depressing. After all, the world kind of feels like a dumpster fire so much of the time. But I’ve found that the opposite has happened. These people I talk with who live and work in very hard places are often filled with optimism and hope, rather than the despair I expect.

Here are a few things I’ve learned about how to stay hopeful in challenging times.

1. Recognize that the world is broken, but God is still good. Cross-cultural witnesses (CCWs) often see and experience very hard things. It may take a bit of wrestling, but at some point they learn to accept that we are dealing with the effects of living in a broken, fallen world. But that doesn’t lessen the reality of God’s goodness. Oftentimes the suffering remains, but people experience God’s love, comfort, and presence in the midst of suffering, giving them hope and relief.

2. Develop a solid theology of suffering. One CCW believes it’s important to understand what God has done to suffering through his work on the cross.

“His death in particular, stripped naked, beaten, mocked, turned away from, betrayed – there are so many layers of suffering. He takes what was a mockery and what was meant to belittle, oppress, smash him, his spirit, the movement of God, and he transforms that into the greatest moment in history,” she said.

We can even learn from Jesus’ posture on the cross, with arms fully outstretched. “He gives us this model of facing our suffering,” she observes, “and doing so, in our case, with open arms to God.”

She has a deep sense that God is good, and that he uses what the enemy has meant for harm for his purposes and his kingdom, working all things together for the good of those who love him. She also has a firm belief that God really can transform and redeem anything.

3. Know what you are, and are not, called to. One CCW who lives in South Asia says the need in his region can be overwhelming. He has to decide who he can and cannot help. Understanding his calling helps him make these choices. Ultimately, he notes, his calling is to pursue the Lord and know him more. And God is asking him to live out his calling in a specific way.

He is surrounded by suffering and hunger. He knows he cannot help everyone. “That would be overwhelming,” he said. “But the 25 people that we now employ at our textile business, and their families, in that specific small little group, I think is my calling. So I can work hard and maybe have an effect on that small number.”

He believes he and his team could have 100 businesses like the one they have now and still not make a drop in the bucket, from a numbers standpoint. The need around them is so great. “But that’s God’s problem. He has called us to be obedient in this specific thing, and we have to trust he’ll call and move and do other things in other places with other people,” he said.

4. Take breaks and practice self-care. Our CCWs tell me it’s important to rest, spend time alone with God, see a counselor, talk with a spiritual advisor, and do other things to be re-filled and prevent burnout. They also say it’s important to incorporate joy and celebration into our lives. Whether we are a cross-cultural witness or not, we can’t be just focusing on the hard stuff all of the time!

5. Remember that God can bring life anywhere, even where it’s least expected. One of our CCWs tells Bible stories inside of brothels. Others minister to men and women in prison, provide trauma care for people in refugee camps, start businesses in heavily impoverished areas, and more.

All over the world, in brothels, prisons, refugee camps, communities experiencing poverty, oppression, war, or abuse – places where it seems impossible for the light to break through – our men and women are seeing God bring light and life. If God can work in these places, surely he can work, and is working, anywhere and everywhere.

6. Remember that God can use hard times to unite the Church. One of our international partners lives in Estonia, where he pastors a church. Over the last year, several Ukrainian refugees have arrived in his community and at his church. He found that when the Church is pressed, it often results in unity, as there’s only time to deal with what is truly important.

“Now that lives are on the line, it’s a matter of life and death for many people,” he said. “Until now, we had our own opinions and differences. And now we come together to seek God and pray and fast and do everything we can to host the Ukrainians.”

He discovered that the war between Russia and Ukraine is causing Estonian Christians to pray more, seek God, and come together as they work to become ministers of reconciliation.

7. Remember that God is still working, even when things seem like a mess. When the Taliban took over Afghanistan following the departure of the US military, various news outlets depicted a bleak picture for those who live in the country. Two of our CCWS have connections in Afghanistan. They believe it’s important to keep loving, praying, and serving.

They speak of God as a master chess player. Even when the board looks chaotic, and it looks like God is losing, he’s still got a move, and he’s still in control. They encourage believers to see events in light of the entire biblical revelation. God is still working out his purposes. And eventually, people of every tribe, tongue, and nation will gather around the throne, praising God, including Afghan believers.

This is just a sample of the wisdom I’ve gained from talking with cross-cultural witnesses over the past year. These stories have changed how I see the world.

This is one reason why it’s so important to tell stories of the ways that God is working in the world. When we become glued to the news or internet 24-7, our focus can be limited to only see nothing but trouble abroad and in our own country. But when we take a deeper look, or a wider view, we can see that in the midst of it all, God is working, and his purposes are still being accomplished. That’s the way our cross-cultural witnesses have chosen to see the world, and I’m so grateful that they’ve given me a glimpse into what they see.

Jenifer Jones is a communicator for TMS Global (tms-global.com).