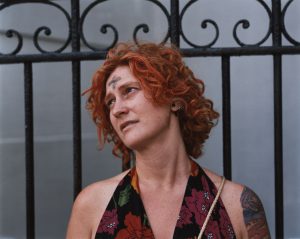 Ash Wednesday is a most unusual day. It begins the season of Lent, a 40 day period before Easter Sunday (excluding Sundays). It is a religious season of fasting and prayer arising from the ancient Jewish tradition of penance and fasting. The lection from Joel 2:1-2, 12-17 reaches back to that tradition. Ashes are placed on the forehead in the sign of the cross – a symbol of grief, grief that we have sinned and caused a separation of ourselves from God. Ash Wednesday opens Lent. But neither Lent nor Ash Wednesday is mentioned in the Bible.  So why observe this most unusual day in a United Methodist Church?

I remember as a child, going to school on Ash Wednesday (just another day for us Protestants); and the Catholic kids would show up with an ashen cross on their foreheads. They’d been to early mass – it was a Catholic thing. In that era, no Protestant church in my community kept the observance. Many years later, after 10 years serving as a United Methodist pastor, I was in an area where the only other churches were a Lutheran and Catholic Church. There I participated in my first Ash Wednesday service with the imposition of ashes, thanks to my Lutheran colleague. It was a strange and foreign thing to me.

After 42 years in ministry, Ash Wednesday is still strange and foreign. A few years after participating in my first service with the imposition of ashes, I was in a community that was largely Catholic. My five United Methodist colleagues thought that during our annual joint United Methodist Lenten services – which always began on Ash Wednesday (with no ashes; but rather holy communion) – we should offer the imposition of ashes. They asked if anyone had any experience with ashes. I was the only one – thanks to my Lutheran neighbor years before. And so it was that I became the designated “imposer” for the 16 years I served in that community.

I’ll never forget the first time ashes were offered. As people came forward to receive holy communion at either side of the chancel, those desiring the mark of the cross, came to the center where I marked their forehead with the ashen cross, saying, “Remember that you are dust; and to dust you shall return.” We pastors thought a few people might decide to receive the mark of the cross before receiving holy communion. Oh we of little faith. We were all surprised. Nearly every person in attendance, more than one hundred, came to be marked. Tears were streaming down the faces of worshippers and pastors alike as the meaning of Ash Wednesday took root in our souls. It was not a Catholic thing; it was a faithful remembrance of God’s grace.

After those evening Ash Wednesday services, it was not uncommon to find many of the United Methodist worshippers at the nearby Giant grocery store with the mark of the cross upon their foreheads. Some of us commented about our childhood days in school when we’d mock the Catholic kids with dirty foreheads. Sometimes the Catholic kids made comments that made us Protestant kids think we were going to Hell because we didn’t have an ashen cross on our forehead. Sometimes we all have ways of degrading others with our religious beliefs.

Too often our religion gets in the way.  And all the while, God, like a good parent, is patiently coaxing the childish ways out of us. More than 20 years ago, God began coaxing the childish thoughts and ways regarding Ash Wednesday out of six United Methodist pastors in Central Pennsylvania. God showed us the foolishness of our childish ways and our overdue need for repentance. We began to talk about moving our Ash Wednesday service earlier in the day so that we had the opportunity to bear the mark of the cross and be a witness to the grace of God throughout our work day.

In my last appointment, I added a noon time service to our Ash Wednesday schedule; and many folks who did not like to drive after dark came for the imposition of ashes. In the world in which we live, churches that want to make an impact upon lives for Christ will find ways to make the strange and foreign practices of faith meaningful. We must provide these opportunities for connecting the bruised and broken spirits of people in our communities to the God who loves them, who forgives sin, and heals all brokenness. We must provide alternate options and locations for the holy to break in upon the busy world around us.

However, there is a serious warning, which our Lord Jesus gives in his teaching known as the Sermon on the Mount. This is the second lection from the Gospel of Matthew 6:1-6, 16-21. It is a warning about not letting any spiritual discipline become a source of spiritual pride. Of course, no religious ritual can make our heart right with God. Some who receive that ashen mark, may be tempted to wear it proudly.  Some may feel a profound and silent connection with others they see who have also received ashes this day. I have found that embracing this ritual, too often forgotten in most Protestant traditions, has added to my keeping of a faithful Lent. For me, the ashen cross is not a badge of pride or honor. It is a mark of love, grace, and forgiveness; a reminder of my impending mortality and death; and the hope of resurrection and new life.

It is good for us to repent of our sin; but that is something we should do each day, not just on Ash Wednesday. It is good to clearly identify as a Christian, but again this should be an everyday identification. In a world marked by division, discord, and racial and religious hatred where Christian values and individuals are often targeted, now is the time to stand up and clearly identify ourselves as “Cross People!” It is time to live boldly for Jesus Christ! We belong to God. When on Ash Wednesday we voluntarily receive the mark of the cross, we identify ourselves publicly as Christians. God has marked us as God’s own. The liturgical words heard in many churches on this day are: “Remember that you are dust, and to dust you shall return.” These words remind us of the brevity of our life, and the weight our relationship with God carries. Yes, we are all dust. But we are more than that. Our life matters!

Too many people give in to the burdens of stress, depression, and feelings of inadequacy. Rather people should cling to the hope that those things don’t really matter. All our human worries will, at the end of our days, seem like specks of dust in the vast expanse of infinite time and space. The writer of Ecclesiastes seems to understand this line of thinking, asserting, “Everything is hevel.” “Everything is meaningless,” as some English translations say it.  A more accurate translation is vapor, vanity, or dust.  “All we are is dust in the wind,” as the song by the group Kansas says. Kerry Livgren, the songwriter, is a Christian.

Ash Wednesday calls us to repent for the way we have treated ourselves, our fellow human beings, and our fellow creation. St. Francis and other theologians did not view Nature as “Mother Earth,” but as our “sister” – not a goddess to be worshipped, but a “sister” to be admired and protected.

And yet, in the midst of that existential realization, know that God still cares for you! Our God cares about sparrows and lilies. They matter to God.  And people matter even more. All that God created matters. God created people from the dust of the earth and breathed into us the breath of life.

No matter how small a speck of dust you are, God loves you. You matter to God. You are the crown of creation. Oh, we are blessed to be dust – the dust from which God created us in his image, the dust to which God gave dominion for the earth, the dust to whom God offers life eternal, the dust which God loved so much to redeem through his only Beloved Son.

And that is what Ash Wednesday is about. This strange and foreign religious ritual is a mark of faith in God. You are dust, and yes you will someday die physically; but you shall live eternally. You are loved. You are special. You are the crown of God’s creation. Oh, you are dust now, and to dust you will return; but even so, you are more precious than gold. You are a beloved child of God!

Dennis W. Derr is a retired elder in the Susquehanna Conference. He resides in coastal Delaware and serves as a Director of Travel Ministry with Educational Opportunities.