Commentary: Now Is the Moment to Debunk the Evangelical Takeover Myth

“What we are facing is a classic Evangelical Takeover. We are the Southern Baptist Church, 30 years later. Those behind the Evangelical takeover are well funded, well-organized, and have no interest in taking prisoners.”

Those who raise an eyebrow at reading this dire assertion over their morning coffee are not alone.

The writer of the blog “The Thoughtful Pastor” Dr. Christy Thomas continues in “NOW Is the Moment, UMC: Will You Stop the Evangelical Takeover?”

“Those adhering to this far more fundamentalist-type theology have infiltrated themselves into the life and the leadership of the UMC. Those funding and plotting this takeover are representatives of or leaders in strongly Evangelical movements and groups like Good News, the Wesleyan Covenant Association, and The Institute for Religion and Democracy.”

Good News celebrated its 50th anniversary last year, so how one argues that it is part of a covert initiative expanding a fresh plan for domination is difficult to defend. Evangelicals have long been part of the fabric of United Methodist congregational life, as have Progressives. There cannot be a takeover when widespread presence is easily established and documented over the course of multiple decades. In fact, there are fewer evangelicals in the United Methodist Church now than there were 30 years ago: many voted with their feet and joined other denominations.

Nor are evangelicals the only voice on issues of sexuality: a group is certainly well-funded and well-organized that travels to General Conference with pockets full of duct tape so that activists can be hog-tied and silenced as an embodied protest against the Book of Discipline and its statements on human sexuality. 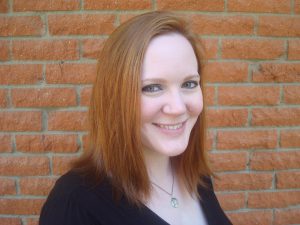 Stepping away from the conspiratorial tones that suggest infiltration and plotting at the level of Russian spies poisoning a former double agent in a quiet English town, let’s consider the simple assertion here. Evangelical theology and fundamentalist theology have long been conflated, often by pollsters and journalists who otherwise have earned my respect. Thomas conflates these when she summarizes several recent articles, concluding, “In the last week, the mainstream news has come out with article after article about the devastation that Evangelicalism has brought upon itself. Three things characterize the coming demise: its unholy marriage with politics, the racism and sexism that underlie their theological stances, and their astoundingly uncritical embrace of Donald Trump as the best possible person to represent them on national and worldwide stages.”

I have not shied away from leveling warranted critiques at what I broadly define as “evangelical,” having written about evangelicalism in North America several times over the past few years. No movement is perfect, and cracks have been showing in evangelicalism for some time. But even as I have called for intellectual honesty and accountability within evangelicalism, there remains that sticky problem: how to define it. And I certainly haven’t been alone.

There are a great many descriptions and definitions of the word “evangelical.” Three years ago in The Atlantic Jonathan Merritt wrote, “Divergent definitions have led to inconsistent, even contradictory survey results about evangelicals’ beliefs and characteristics. Reports based on these surveys can shape elections, public policies, and broader public opinion.” In fact, its use has been so disputed, some people have suggested jettisoning the word altogether because it can be used in so many ways as to be meaningless. Last fall, Scot McKnight suggested that it was time to Bury the Word “Evangelical”. In December, David French wrote It Might Be Time to Retire the Term Evangelical, commenting that, “as Keller notes, it used to clearly distinguish you from the fundamentalists. Now, sadly, it’s more likely to identify you as a fundamentalist.” A recent news story about evangelical leaders calling on the President for immigration reform illustrates how a word widely used or misused can create misunderstanding. People hear, “evangelicals elected the President,” yet there are clear, sharp distinctions among people broadly generalized as evangelicals.

If you hear a poll quoted about political activity of “evangelicals,” it’s worth asking: “but how did you define evangelical?” It’s used to characterize everything from hate groups like Westboro Baptist “Church” and its protests of military funerals with placards that say, “God hates f***,” to religious fundamentalists who may pin their faith to a literal six-day creation interpretation of the opening chapters of Genesis, to culturally “mainstream” evangelicals (think Bill Hybels and Willow Creek), to authors like recently newsmaking Jen Hatmaker.

Mischaracterization of a movement confuses honest attempts to analyze it clearly. And questions like, “do we want a mindless fundamentalist reading of Holy Scripture to be the centerpiece of the Methodist movement?” are certainly mischaracterizations. Fundamentalists don’t support women in ministry: there are many “evangelical” women clergymembers. Fundamentalists don’t consider theistic evolution: “evangelicals” aren’t anti-science but rather embrace a robust notion of faith and reason. Further, for Wesleyan Methodist “evangelicals” in particular, social justice is a natural part of sanctification: concerns about creation care, racial justice and racial reconciliation, #metoo, sex trafficking, immigration reform, and the benefits of globalization abound. “Evangelicals” took buses down to New Orleans for mission trips to help rebuild homes after Hurricane Katrina. “Evangelicals” crowdfund for strangers, stock food pantries, respond to wildfire victims, and volunteer with Meals on Wheels.

Those who have been most burned by toxic expressions of a particular theology or faith are usually the ones quickest to condemn the entirety wholesale. It is difficult not to be reactionary against the whole when specific experiences have been so painful. It is also, however, unfair. My own early experiences of negative aspects of conservative Protestant North American Christianity served as an unfortunate gauntlet for my faith later. (“Your dad is the pastor? Wait – your mom? Isn’t that unbiblical?” the tall adult stranger asked the eleven-year-old child.)

I’m also sympathetic to a great deal of underlying angst at the current political situation in North America. On a daily basis. While I have a great deal of respect for the late Rev. Billy Graham, some of Rev. Franklin Graham’s statements on what is acceptable behavior from a sitting President have left my mouth hanging open in astonishment. The overall tensions in the nation, from a blinding succession of headlines on White House shake-ups and investigations to mass shootings, have left everyone on edge. In times like these, many find that they love to hate “evangelicals,” the population that purportedly elected the current President. If only we could reduce it to such simplicity so easily.

Whatever one’s personal experience of a theology or faith, whatever level of breaking news fatigue one suffers from, the truth is that, far from building momentum for a sneak-attack takeover of an otherwise peaceful denomination, “evangelicalism” began fracturing in the 1970’s and 1980’s, as one of the articles above points out, when evangelicals began to align themselves for or against evangelical President Jimmy Carter. For several years – preceding the last presidential election – commentators have been wrestling with whether “evangelical” actually means anything anymore. There has been a great sifting, like someone tilting a shallow bowl back and forth, allowing silt to filter away to see what is left. Like the Wall Street housing bubble, the perception of congregational health over a couple of decades was a bubble – and the evangelical bubble has burst. Now, assets are being reviewed to see what is actually left that is of value.

Takeover might be remotely possible if evangelicalism was something definable, uniform, and narrow. As it is, no one can even agree on what it is – or was. It’s hard to predict dire consequences when the supposed threat has undergone vast changes in a relatively short time on the church history span of eras. This isn’t a defeatist surrender of what remains that is valuable: but we must acknowledge that North American Protestant Christianity has morphed, retracted, grown, and reconfigured significantly in the past 50 years – all branches of it. Which begs the question – what blind spots do Progressive Christians have that are contributing to their own bubble that will inevitably burst?