Coming Out of Exile 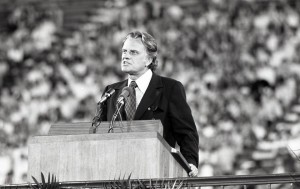 The 1960s were not a good time for evangelicals. For one thing, the Methodist liberal establishment did not even want to admit evangelicals were evangelicals. When I went to the head of the chapel committee at my Methodist seminary and asked if we might be able to include some evangelicals among the chapel speakers, he informed me everyone at the seminary was evangelical, and just who did I have in mind. When I explained he replied, “I believe you are talking about fundamentalists and we’re not going to share our pulpit with any of them.”

When Billy Graham came to Chicago and some of us wanted to ask Graham to visit our campus, the president of the school said, “No, because we do not wish to be identified with that kind of Christianity.”

The prevailing seminary and liberal institutional view was that “fundamentalism” was an approach to Christianity of a former day and was not appropriate for Methodists, neither in the present day nor for the future. Methodism was set in its direction. In a survey of seminaries conducted in 1926, every single Methodist seminary had declared its orientation as “modernist.” As early as June 1926, the Christian Century had declared that the modernist-fundamentalist war was over and fundamentalism had lost. It announced its obituary in these words: “It is henceforth to be a disappearing quantity in American religious life, while our churches go on to larger issues.”

Institutional liberalism was out of touch – and I was frequently bemused in those seminary days by how out of touch it was. When someone mentioned revivals in seminary, the professor indicated that revivals were a thing of the past and he had not heard of a Methodist church that had held a revival for years.

It so happened that a friend of mine from Taylor University days, Jay Kesler, was at that very moment holding a revival and would preach at 152 revivals during his years at college, most of them in Methodist churches. Youth for Christ was on the scene, as was Campus Crusade and Billy Graham’s ministry. Evangelical schools were flourishing.

That was the situation when Chuck Keysor, a pastor from Elgin, Illinois, wrote an article for the July 19, 1966 issue of the denomination-wide Christian Advocate entitled, “Methodism’s Silent Minority.”

“Within the Methodist church in the United States is a silent minority group,” Keysor wrote. “It is not represented in the higher councils of the church. Its members seem to have little influence in Nashville, Evanston, or on Riverside Drive. Its concepts are often abhorrent to Methodist officialdom at annual conference and national levels.

“I speak of those Methodists who are variously called ‘evangelicals’ or ‘conservatives’ or ‘fundamentalists.’ A more accurate description is ‘orthodox,’ for these brethren hold a traditional understanding of Christian faith.”

Keysor explained in the article that this minority was often accused of being narrow-minded, naïve, contentious, and potentially schismatic. This was unfortunate because these people loved the church and had been faithful Methodists all their lives.

In making his case Keysor mentioned that there were many more of them than official Methodism was counting. At least 10,000 churches, for example, were using Bible-based Sunday school material instead of the official Methodist material. The 10,000 figures brought strong reaction and led to charges of irresponsibility and plain out lying. But Keysor knew whereof he spoke.

Trained as a journalist he had served as managing editor of Together magazine, Methodism’s popular family magazine. He had then been converted in a Billy Graham crusade and spent some years as an editor at David C. Cook, an evangelical publisher. The 10,000 churches figure had come from his years at Cook. He knew more about what churches were not using Methodist materials than did the Nashville editors at the time. At Cook, he also became aware of the evangelical world. 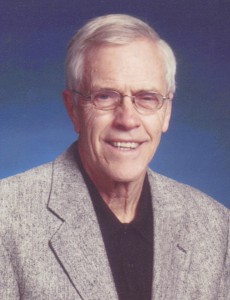 Keysor’s article drew more responses than any other article Christian Advocate had ever published. The responses followed a common theme: “You have spoken our mind. We didn’t know there were others who believed like we did. What can we do?” Keysor called together some of the most enthusiastic responders. Hardly any of those early responders would be recognized today. Nor were they recognized then. They, after all, were the “silent minority.” They were the little people, the populists — rural church pastors, long-suffering lay persons, conference evangelists.

The obvious step forward for Keysor, a trained journalist, was for a magazine. A notable voice of encouragment was from Spurgeon Dunnam of Texas Methodist (eventually becoming The United Methodist Reporter). In the September 6, 1968, issue Dunnam editorialized that the church needed a conservative voice. The liberal voice was presented by the official Methodist press with Christian Advocate and Concern (Dunnam was one who believed that an official “press” was too often public relations-oriented and thus reflected the views of the leadership) but there was no conservative voice and Good News could fill the void.

“The Texas Methodist is pleased to make known to its readers that within the past year a responsible ‘conservative’ journal of opinion has been born within the United Methodist Church. It is called simply Good News, and we think it is just that.”

Coming out of exile. Would it be possible for evangelicals to get together? On August 26, 1970, the first national convocation was held. Sixteen hundred registered and crowds on some evenings swelled to over 3,000. The speakers included luminaries such as evangelist Tom Skinner, Bishop Gerald Kennedy, Harold Ball of Campus Crusade, and E. Stanley Jones. Dr. K. Morgan Edwards of Claremont School of Theology gave the keynote address. People who came to the convocation prayed and hugged and worshipped and wept and said “Amen” and “Hallelujah” without fear of disapproving stares around them. Twenty percent of the attendees were between 20 and 35 years old. Keysor wrote of the event, “We are coming out of exile.”

“A survey of Methodism in America today reveals these basic thrusts. One is devoted primarily to the status quo. To these, the institution called Methodism is given first priority. It must be protected at all costs from any threat of major change in direction….

“The other two forces do question the theological soundness of institutional loyalty for its own sake. The progressive, renewalist force has properly prodded the Church to take seriously the social implications of the Christian gospel…. The more conservative, evangelical force is prodding the church to take with renewed seriousness its commitment to the basic tenets of our faith…”

When Dunnam was writing those words, the Reporter was reaching a million persons per week and was the largest-circulation religious paper in the world. Under Dunnam’s leadership, it investigated both liberal and conservative activities. Even when Dunnam disagreed with Good News, he always treated us with integrity.

In the midst of all this activity, Good News was not on solid ground financially and staff-wise. Then a providential person and offer came on the scene. Dr. Dennis Kinlaw, president of Asbury College in Wilmore, Kentucky, was cheering Good News on from the sidelines, but he came up with an idea to help Good News as well as Asbury College. He offered Keysor a job of teaching journalism part-time at Asbury with the understanding that the rest of his time could be used to edit the magazine. For the fledgling Good News board it was an answer to prayer. The move was made in the summer of 1972.

At the time Good News was not even recognized as an advocacy group in the church. Engage magazine listed the special interest groups at the 1972 General Conference: Black Methodists for Church Renewal, the Women’s Caucus, the Young Adult Caucus, the Youth Caucus, the Gay Caucus. There was no evangelical caucus. By 1976 things had changed. Good News was able to generate 11,000 petitions, most having to do with maintaining the Discipline’s stand on marriage and sexuality in response to an aggressive progressive agenda.

Keysor knew that these controversial cultural and theological issues would divide the church. The institutionalists responded with the kind of language that would be used frequently of evangelicals of the Good News-type in the years to come: “reactionary,” “out-of-step,” “fundamentalist,” “highly subsidized,” “hateful,” “seeking to undermine the church’s social witness,” “not serving the interests of the church.”

One critic, Marcuis E. Taber, summed up the accusations in an article that appeared in the Christian Advocate (May 13, 1971) entitled, “An Ex-Fundamentlist Looks at the Silent Minority.” According to Tabor, Good News was an “ultrafundamentalist” movement with an emphasis on literalism and minute rules which was opposed to the spirit of Jesus. It had no future in a thinking world.

The Christian Advocate gave Keysor a chance to respond and so he did in the fall of 1971. The response, classic Keysor, was perceptive, straightforward and prophetic. It said basically that Tabor and others were reading the church situation wrongly. Storms were battering the UM Church and soon it will be forced to jettison more of its proud “liberal” superstructure. Meanwhile evangelical renewal was taking place: the charismatic movement, the Jesus People, Campus Crusade, stirrings in the church overseas. If there was a right side of history, it was with evangelical renewal. This is what it meant to be “a new church for a new world.”

Was Keysor right? Looking back on our history, this is worth a discussion.

Riley B. Case is the author of Evangelical & Methodist: A Popular History (Abingdon). He is a retired United Methodist clergy person from the Indiana Annual Conference, the associate director of the Confessing Movement, and a lifetime member of the Good News Board of Directors.