Christ on the Wrist 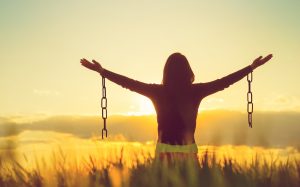 Her spiritual journey began by asking about a tattoo of Jesus on the wrist of a client. Aimee Burke cuts and styles hair in a hipster neighborhood in Toronto. “She partied a lot and was partial to coke,” reported The Globe and Mail, one of the largest newspapers in Canada. “Her hookups comprised partners both male and female. She was unhappy.”

The question about the image of Christ was the spark that got Burke to visit church. “I’m pretty sure I went to the service hungover from the night before,” she recalled. But she found herself weeping during the service. “I just felt less empty,” she recalled.

Burke’s is an unconventional conversion story, especially splashed on the pages of a newspaper in a country where the numbers of those who reject faith are on the rise. According to the news magazine Maclean’s, the percentage of Canadians rejecting religion (26 percent) is nearly the number of those embracing it (30 percent), with 45 percent saying they were “somewhere in between.”

“As the Christians would say, I’ve surrendered over my life,” Burke said. “I do everything. I pray in the morning, I pray at night, I read my Bible every day. … Now I’m waiting for marriage. I’ve been sober for almost two years.”

While church attendance numbers are not on the upswing for young men and women in her age demographic, Burke still detects a spiritual hunger. “I think people are looking for something to believe in,” she said, “even if it’s just themselves.”

This observation dovetails with the message of David Zahl’s book Seculosity. While it may appear that our modern culture has abandoned ancient religion, perhaps it is more accurate to surmise that we have merely replaced one set of orthodoxies, rituals, and dogmas for another in the seemingly religious pursuit of career, parenting, technology, food, politics, and romance.

“Bombarded with poll results about declining levels of church attendance and belief in God, we assume that more and more people are abandoning faith and making their own meaning,” writes Zahl. What these polls actually tell us, he believes, is that “confidence in the religious narratives we’ve inherited has collapsed. What they fail to report is that the marketplace in replacement religion is booming. We may be sleeping in on Sunday mornings in greater numbers, but we’ve never been more pious. Religious observance hasn’t faded apace ‘secularization’ so much as migrated….”

Zahl observes that “we fail to recognize that what we’re actually worshipping when we obsess over food or money or politics is not the thing itself but how that thing makes us feel – if only for a moment. Our religion is that which we rely on not just for meaning or hope but enoughness.” Successful enough? Happy enough? Thin enough? Desired enough? Perhaps, good enough?

One of the cruel elements of the modern-day transfer of religiousity is the inescapable absence of grace. After all, careerism, technology, and politics don’t appear to know how to speak the language of mercy, peace, and love.

“What makes Christianity a religion of grace, ultimately, is its essential revelation of a God who meets us in both our individual and collective sin with a love that knows no bounds, the kind of love that lays down its life for its enemies,” writes Zahl. “Christianity at its sustaining core is not a religion of good people getting better, but of real people coping with their failure to be good.”

Aimee Burke told the newspaper that all the jokes about saying Hail Marys when she swears at work are worth it. “This is going to sound really Christian-y,” she said, “but it felt like the chains came off of me.”

Interestingly enough, that is the very imagery used in “And Can It Be?,” the beloved hymn written by Charles Wesley in 1738. “Amazing love! How Can it be/ That thou, my God, should die for me!”

For the world outside the four walls of our churches, the good news about faith in Jesus Christ is most notably not about the trappings and shortcomings and failures of church leaders, congregations, and ecclesiastical politics. Instead, it is exclusively about the “amazing love” Wesley poetically addressed.

“Long my imprisoned spirit lay / Fast bound in sin and nature’s night; / Thine eye diffused a quick’ning ray, / I woke, the dungeon flamed with light; / My chains fell off, my heart was free; / I rose, went forth and followed Thee.”

Even wrapped in 18th century language, Wesley’s refrain reflects the heartfelt testimony of Christian believers around the globe. The image of being unshackled universally resonates.

In an illuminating essay entitled, “I Spent Years Searching for Magic – I Found God Instead,” Dr. Tara Isabella Burton describes a time in her life of wavering between being a Wiccan and believing in nothingness, years not long ago “where the world seemed too bereft of significance to bother.” Dreamily, she longed for life to be more like a novel, a poem – something miraculous and with flamboyant pizazz. “I wanted magic. The kind of magic that transforms. Frogs into princes. Women into trees. Loneliness into poetry.”

As a student and travel-writer, Burton scrambled frantically from one exotic wanderlust destination to another, experimenting with fleeting romances, red wine, and tarot cards. “I wanted to outrun the Nothing,” she wrote for Catapult. “There was nothing I would not have sacrificed…. I hit bottom, in a thousand different ways, and got what I wanted, in a thousand more….”

One day, she stopped running. “I found myself sitting eyes downcast in a midtown church with stained glass windows and Gothic arches and incense and magnificent voices proclaiming the glory of whatever poetry was pointing toward.”

Burton embraced a faith that “proclaimed a sanctified world, and a redeemed one – an enchanted world, if you want to call it that – but one where meanings were concrete. It offered me not just a sense of emotional intensity, but a direction in which to channel it. It contained magic not for the sake of magic, but rather miracle for the sake of goodness. God died and came back from the dead not because magic was real, but because love was stronger than an unmagical world.”

Burton understands the difficulty of stepping out in faith to those who live in uncertainty: “God was made man, and died, and came back from the dead – which is an utterly absurd thing to say if you are not Christian, and even if you are,” she wrote. Nevertheless, there is a compelling magnetism and spiritual allure to the ancient proclamation that Christ died, Christ rose, and that Christ will come again.

“It is a story not just about the possibility of a world with meaning in it, but a story about a world where the meaning is, quite specifically, and utterly fully, love. It is a world that is predicated upon the love of a creator who has built a good world, and who – when sin afflicts it – comes into that world, in all his vulnerability, in all his mortality to save it. Love birthed the world; love redeems it; love sanctifies it. Our very humanity, our very existence, is contingent upon it.”

In a different era, it was Charles Wesley’s duty and gift as the poet to describe the Christ-centered liberation of the soul. “No condemnation now I dread; / Jesus, and all in Him is mine! / Alive in Him, my living Head, / And clothed in righteousness divine, / Bold I approach th’eternal throne, / And claim the crown, through Christ my own.”

Strangely, it all kind of connects if you saw the face of Jesus on a wrist in a hair salon. Second chances at life work like that.