Both Conservative and Liberal 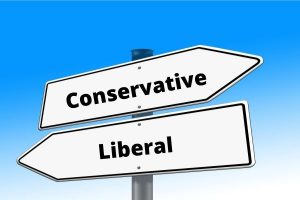 The United Methodist Church inherited from the Church of England via John Wesley the idea of “the middle way.” For Anglicans, this “middle way” meant the church could be both catholic and reformed (the two major theological poles in the 1500’s and 1600’s when the Anglican Church was formed). For Wesley and Methodists ever since, this has meant pursuing both personal spirituality and social ministry. For United Methodists, it is not strange to believe that we can both evangelize and preach the gospel as well as serve the homeless and advocate for racial justice.

The latest iteration of this “middle way” or “balancing act” understanding of the church comes from the Rev. Adam Hamilton’s remarks at a recent leadership conference at his Church of the Resurrection held for several thousand United Methodist leaders. He maintains that the denomination can find unity by being both conservative and liberal.

The idea of “big tent” United Methodism is attractive to many leaders. The UM Church has historically been more open and accommodating to a variety of theological perspectives. The question remains whether such an approach can hold the church together in the face of the deep conflict over ministry with LGBTQ persons. The UMC Next and Mainstream groups believe it can.

What we find when we look at how this is fleshed out in Hamilton’s thinking, however, leaves the crucial questions unanswered.

Hamilton’s understanding of conservatism reflects an ambiguous and broad perspective that begs the question. “To be conservative means there are certain things that are true and they’re always going to be true and you conserve those treasures – the manifold treasures of God. You hold on to those things and you continue to preach and teach them even if they’re not popular or cool anymore.”

This description certainly fits all the traditionalists I know. We continue to preach and teach that God designed human sexuality to be expressed exclusively within a lifelong covenant of marriage between one man and one woman. We do so even though this idea is “not popular or cool” in contemporary U.S. culture. However, Hamilton does not believe this 3,000-year-old understanding is part of the tradition that is “always going to be true.” Instead, he puts it in the bucket of biblical teachings that might have reflected God’s will for a particular time, but no longer. Or perhaps he puts it in the bucket of biblical teachings that never truly reflected the will of God. (See Hamilton’s book Making Sense of the Bible, where he proposes dividing Scripture up into three buckets: one containing teachings that reflect God’s will for all times and places, plus the two other buckets named above. Along with other conservative scholars, I would reject that method of categorizing Scripture.)

The issue is not whether to be conservative, but what to conserve. How do we decide? United Methodists say that the Bible is “the true rule and guide for faith and practice. Whatever is not revealed in or established by the Holy Scriptures is not to be made an article of faith” (Confession of Faith, Article IV). Hamilton and his allies are unable to point to any place in Scripture where it is established that sexual relationships between persons of the same sex are affirmed or even permitted. Yet, he throws out the established understanding of the church without any Scriptural warrant. That is not conservatism.

Here is where Hamilton would probably say that our conservatism needs to be balanced by our liberalism. “To be liberal means to be generous in spirit, open to reform, willing to see things in new ways today that I didn’t see them yesterday…constantly growing.”

Again, I see this description of liberalism in many traditionalists I know. They maintain their convictions with a generous spirit and a pastoral heart. Traditionalists seek to reform themselves and the church in the light of Scripture under the guidance of the Holy Spirit. United Methodist traditionalists strive to grow in our understanding of Scripture and its application to the circumstances of life, open to new perspectives and seeking to become more like Jesus.

This description does not answer the question of how or when a liberal approach to theology ought to modify or nullify a conservative approach. Is the acceptance of same-sex relationships a “reform” (good) or an abandonment of truth (bad)?

Hamilton elaborates on his understanding of how this balance occurs. Faith, he explains, “holds together the head and the heart and that holds together evangelism and social justice, personal piety and at the same time social holiness.” The church can hold both Republicans and Democrats.

It is a mythical stereotype that conservatives care only about evangelism and personal piety, while liberals care only about social justice and social holiness. Most United Methodist I know care about, and practice, both, although they might emphasize one more than the other. This notion of balance gets us no closer to resolving the conflict that is currently ripping our church apart.

Hamilton’s notion of balancing conservatism and liberalism really amounts to little more than asking, “Can’t we all just get along?” Under this framework, conservatives have to become less conservative and liberals less liberal in order to “meet in the middle.”

In the end, deciding what is true or what should be an “article of faith” cannot be settled by determining whether it is conservative or liberal, nor can it be resolved in the tension between the two. There has to be some other “higher authority” to adjudicate what is true.

United Methodists, along with most global Christians, believe that “higher authority” is the Bible, God’s self-revelation meant to lead us into all truth. Of course, the Bible is read and understood under the guidance of the Holy Spirit and the Church’s Tradition, informed by our understanding of the historical context of its writers. Submitting to God through obedience to Scripture helps us settle the question of what are those “certain things that are true and they’re always going to be true and you conserve those treasures.” It also helps us be open to new perspectives and continual reformation and growth.

We are called to be both conservative and liberal in Hamilton’s sense. But first and foremost, we are called to be followers of Jesus Christ, “learners under discipline” in obedience to Jesus’ teachings throughout the Bible. It is that framework that makes sense of life, theology, and everything else.