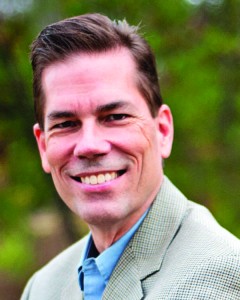 After an agonizingly long period of formation, the Bishops’ Commission on a Way Forward for The United Methodist Church began its work in December. The commission consists of 32 members reflecting the broad geographical, ethnic, and theological diversity within United Methodism.

The commission is being moderated by three bishops, Sandra Steiner Ball (West Virginia), Kenneth Carter (Florida), and David Yemba (Democratic Republic of Congo). The members of the commission include eight bishops (not counting the moderators), 13 clergy (two deacons and 11 elders), and 11 laity. Geographically, one-third of the commission is from outside the United States (seven from Africa, two each from Europe and the Philippines).

The commission’s deliberations began with a conference call in mid-December. Roughly a half-dozen face-to-face meetings are tentatively planned in 2017, with more in 2018. The investment of time will be significant, with meetings planned to last 2-1/2 to 3-1/2 days each. It is expected that commissioners will do assigned reading and other background work in between meetings.

The purpose of the commission was set forth in the bishops’ statement to the 2016 General Conference outlining their call to find a new way forward in unity. The commission is charged with “discerning and proposing a way forward through the present impasse related to human sexuality and the consequent questions about unity and covenant” (October 24 press release). Highlights of that call include:

• “To lead the church toward new behaviors, a new way of being and new forms and structures which allow a unity of our mission of ‘making disciples of Jesus Christ for the transformation of the world’ while allowing for differing expressions as a global church”

• To deal with the subject of human sexuality, all the legislation regarding sexuality that was referred by the 2016 General Conference to this commission, and “to develop a complete examination and possible revision of every paragraph in our Book of Discipline regarding human sexuality.” Many assume that this means the commission will be looking for ways to delete or weaken the church’s paragraphs on sexuality. But this purpose could just as easily mean a strengthening, clarifying, and restating of the church’s long-standing teaching on sexuality and marriage. In any case, revisions are “possible,” not mandated.

The bishops, particularly the moderators, have committed to regularly communicate with the church about the work of the commission. They will issue statements monthly on the commission’s progress, which reports began last October even before the naming of the commission.

The commission faces some steep challenges. People from all over the world, speaking a variety of languages, and coming from diverse personal backgrounds, will need to forge relationships that can lead to trust and open communication. We will need to address a topic that is fraught with deep emotional and personal impact. We will need to attempt to bridge a theological divide in our church that is more like a chasm. We will need to consider the impact of the commission’s recommendations on every single United Methodist, every congregation, and multiple regions and cultures around the world.

The commission comes into being at a time when significant parts of the U.S. church have determined to live in violation of the requirements of our Book of Discipline as established by the worldwide church in General Conference. That continued disobedience endangers the church’s unity and can influence the very nature of what it means to be United Methodist. Advocates for such disobedience are members of the commission, as are persons who staunchly defend the church’s current teachings and requirements around sexuality, marriage, and ordination. How will these differences be bridged?

The commission’s work also takes place at the same time that other significant initiatives are moving forward in the church. One is the effort to delineate a global Book of Discipline that all United Methodists must live by, while allowing annual conferences and perhaps jurisdictions to adapt other parts of the Discipline to their local context. A second initiative is the development of entirely new Social Principles that are globally applicable and couched in more understandable language. These and other initiatives will need to be coordinated with the commission’s work, so that the recommendations of all groups will be coherent with each other.

The bishops of the church are coordinating a parallel effort in the grassroots of the church to engage in dialogue around the topic of human sexuality and its implications for the unity of the church.

Given the broad scope and significance of the commission’s work and the challenges it faces, the bishops have requested that prayer be a central focus of the commissioners, as well as the general church. Please remember to regularly lift up the commissioners and our work, as we seek a Christ-honoring way forward. Pray for God’s grace, not only upon the deliberations of the commission, but upon the commissioners’ lives, as we sacrifice significant time away from family, work, and ministry and experience the demands of international travel in order to devote ourselves to this important task.