A Time for Clarity 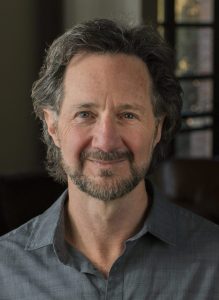 At the same time, the Council of Bishops announced it is calling a special session of the General Conference to meet virtually on May 8, 2021, to consider a variety of issues, the most important of which is how we will conduct business as a church when we cannot meet in person.

United Methodist pastor and blogger Andy Bryan summed it up very well in a recent tweet: “I am a part of a denomination that needs to set a meeting to suspend our rules so that we can create new rules to dictate what we are supposed to do when we cannot meet to create rules.”

If that sounds confusing, it’s because it is confusing. And it’s confusing because we are a confused denomination. For fifty years many of our leaders – pastors and bishops – have confused the acceptance of nonbiblical theologies with openness. They have confused affirming behaviors contrary to the teaching of Scripture with giving grace. And they have wrongly confused the views of a postmodern, progressive culture with the values of God’s Kingdom.

Confused leadership creates confused organizations that create confusing plans that create more confusion – and more distrust. That’s why the Good News office (and the offices of all the orthodox renewal groups) has been flooded with the concerns of faithful UM pastors and laypersons who believe the additional postponement is nothing more than a ploy, the goal of which is to discourage traditional members to the point they will leave the church. And many, after being disappointed by the Council of Bishops over and over again in the past, are thinking this may now be the time to do just that.

We should give the General Commission on the General Conference some grace. The pandemic put them in a very difficult place. The Commission had to determine if a truly fair and representative General Conference could take place virtually, knowing that in many countries delegates might not have the same access to technology that we in the United States enjoy. And we should be grateful that the Commission announced that the postponed Conference will be scheduled in 2022, rather than leaving us without any idea when the Protocol of Reconciliation and Grace through Separation will be considered.

Still, we are in a confusing place. Unless some clarity is given regarding our future, the results are predictable. Members will leave. Churches will exit (some already have as a result of General Conference 2019 and the original postponement of GC 2020). In states where the laws favor the local church over the denomination (and there are many) lawsuits will be filed by some congregations to leave with their property. The Wesleyan Covenant Association’s recent announcement of a new orthodox Wesleyan denomination, the Global Methodist Church, will increase the number of churches who are willing to depart the UM Church, even if they must fight their way out through the courts. And, of course, apportionments will decline, further exacerbating the denomination’s already precarious financial situation.

Without clarity about a way forward, the Wesleyan movement, whether in the form of a traditional expression of the Christian faith or in the remaining post-separation UM Church, will be harmed numerically, financially, and spiritually. In the midst of a global pandemic, as racial issues continue to divide our country, at the same time that more people in the U.S. are walking away from the faith than ever before – in other words, when those around us desperately need the hope of the Gospel and the witness of the church – a lack of leadership and clarity about our future will weaken our ability to minister to a hurting and needy world.

What needs to be done? Denominational leaders need to state clearly and explicitly that they support the Protocol and that they will do all they can to secure its ratification.

Some already have. The progressive Western Jurisdiction did so last fall. A broad group of traditional leaders, including bishops, pastors, and laypersons, many not associated with conservative renewal groups, reiterated its support of the Protocol in February before the postponement was announced. And Reconciling Ministries reaffirmed its commitment to the Protocol shortly after the delay was made public. Conservative and progressive leaders have spoken out. It’s time for others to do the same.

1. The team that negotiated and proposed the Protocol should make a joint statement that they are still committed to its passage with no amendments. The entire church was grateful that an agreement was reached by progressive, centrist, and traditional leaders that makes an amicable parting possible. Since that time, other proposals have been put forth, but none by a team that is theologically diverse and representative of the whole church.  We need those who performed the arduous work of creating the Protocol to remind us why it is still the best and most fair way forward. We need them to reaffirm that in spite of other proposed options, they are still fully in favor of the Protocol.

2. Centrist leaders need to reaffirm their unequivocal commitment to the Protocol. Centrists on the Protocol team played a valuable role in its creation. But since that time, we have not heard much, if anything, from them as to why it is still the way forward. Progressive and traditional leaders have reiterated their support of the Protocol. It is imperative that those who claim to be at the center of the church do so as well.

3. The Council of Bishops must lead the way and be clear that it is committed to the Protocol, as proposed. Nothing would be more helpful in alleviating the distrust and the angst so many of our members are feeling as a strong statement by the COB that it endorses and will work for the passage of the Protocol. If we must wait until 2022 to vote on the Protocol, the Council could be the “calm and assuring presence” our bishops have talked about so often by assuring the church that they will use all of their influence to secure the Protocol’s ratification.

4. If the Council of Bishops fails to make a statement, traditional bishops should declare they are committed to an orthodox Wesleyan expression and that they will support the new Global Methodist Church. Whereas most progressive bishops have been very open in the past about their support of The One Church Plan and other more radical solutions to our current crisis, traditional bishops have been less willing to indicate which plan they support. They have believed that rather than being an advocate for a particular path forward, it was better and more in keeping with their role as a bishop to the whole church to explain clearly the various plans. That way their pastors and members could make an informed decision for themselves about the solution they thought best. We can appreciate the balanced approach of our traditional bishops. But it is now time to move from education to direction. Again, what we need is clarity – what do the traditional bishops believe, what will they do, and how will they lead if the Council of Bishops fails to do so.

There is talk of traditional delegates boycotting the special General Conference to signify their dissatisfaction that the Protocol was not included on the agenda. If successful, they could prevent a quorum for the Conference being reached and no business could be conducted. I don’t want that to happen. It will not serve the church well and it will only make traditionalists look small and petty. But it may be the route some will take if they believe support for the Protocol is waning.

There are also discussions of delegates joining together to add the Protocol to the agenda and voting on its passage. This would require two-thirds of the delegates agreeing to suspend the rules of the Conference. Am I in favor of this path? Yes. There is no reason that an up or down vote could not be held on the Protocol. The Conference could vote to act on it as is with no amendments. The Protocol has been widely distributed; we have had more than ample time to consider it; and if paper ballots work for matters to be addressed in the special Conference called for May of this year, there is no case to be made that they cannot be used for the Protocol. Leaders of all the major factions within the church have previously supported it and we all expected it to be passed this August. We don’t need hours of debate, quibbling over details, or dealing with everyone’s better idea. We can and should vote on the Protocol on May 8.

If the bishops and the members of the Commission on General Conference believe we should wait until 2022, then they must provide what the church needs. Clarity about their commitment to the Protocol. An assurance that if we wait until 2022, the Protocol will be passed. Reason to believe that even if we disagree on important issues, we are not confused about the way forward.