A People of One Book

If the Methodist movement has any hope for continuing its vibrant global mission into the future, it must build its mission on the same foundations on which John Wesley built. 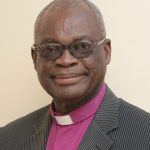 On February 3, 1738, when John Wesley returned to London after he had served as a missionary in America, he had this to say, “It is now two years and almost four months since I left my native country, in order to teach the Georgian Indians the nature of Christianity. But what have I learned myself in the mean time? Why, … that I who went to America to convert others, was never myself converted to God.”

Four days after this confession, under Providence, Wesley met Peter Bohler, a minister of the Moravian Church. Bohler took Wesley through the Bible and on several occasions explained to him that it is by grace that we are instantaneously saved, through faith in Christ alone. Finally, according to his Journal, on May 24, 1738 Wesley experienced this grace firsthand.

“I went very unwillingly to a society in Aldersgate Street, where one was reading Luther’s Preface to the Epistle to the Romans,” he wrote. “About a quarter before nine, while he was describing the change, which God works in the heart through faith in Christ, I felt my heart strangely warmed. I felt I did trust in Christ alone for salvation; and an assurance was given to me, that he had taken away my sins, even mine, and saved me from the law of sin and death.”

Wesley later placed his conversion to God – and indeed, his entire ministry – in the context of the Bible.

“I want to know one thing – the way to heaven; how to land safe on that happy shore. God himself has condescended to teach that way: For this very end he came from heaven. He has written it down in a book. O give me that book,” he famously wrote. “At any price, give me the book of God! I have it: Here is knowledge enough for me. Let me be homo unius libri [a man of one book]. Here then I am, far from the busy ways of men. I sit down alone: Only God is here. In his presence I open, I read his book; for this end, to find the way to heaven. I then search after and consider parallel passages of Scripture, ‘comparing spiritual things with spiritual.’ I meditate thereon with all the attention and earnestness of which my mind is capable…. And what I thus learn, that I teach.”

Wesley is here recapturing the mission of God as found in the whole Bible. That is, God wills to be known and worshipped by all persons and nations as the One and only Creator, Ruler, Judge, and the Savior of the world, and that in Jesus Christ this mission of God has been fully realized. After his conversion, Wesley referred to the Bible as “the book of God,” and himself as “a man of one book.” For him, in all matters the Church is to be judged by Scripture – and not Scripture by the Church. As he put it, “as long we have the Scripture, the Church is to be referred to the Scripture, and not the Scripture to the Church; and that, as the Scripture is the best expounder of itself, so the best way to know whether anything be of divine authority, is to apply ourselves to the Scripture.”

Wesley also understood that the Holy Spirit who inspired the original authors of the Bible continues to inspire current individuals and groups as they study and meditate on the Word. Additionally, he admonished Christians to “consult those who are experienced in the things of God, and then the writings whereby, being dead, they yet speak.” Here, Wesley is referring to some of the early African Church Fathers like Origen, Athanasius, Clement of Alexandria, and Augustine. In his book The Rebirth of African Orthodoxy: Return to Foundations, Thomas C. Oden states that these Church Fathers were considered among others as “the most authentic commentators on Scripture, as being both nearest the fountain, and eminently endued with the Spirit by whom all Scriptures was given.”

Dr. Oden points out that in addition to accepting the biblical interpretation of these early African Fathers, Wesley was also greatly influenced by their commitments to holy living, by how they immersed themselves in prayer, their dedicated reading and studying of the Bible and by opening themselves to the leading and guidance of the Holy Spirit, particularly in worship. These African saints became models for Wesley’s own life and ministry in eighteenth century England. Today there are African Methodist scholars who also consider the early African Church Fathers as models of reliable interpreters of the Bible and have returned to them, studying their Bible commentaries and Christian spirituality. (African scholars are sincerely grateful to Dr. Oden and the Center for Early African Christianity for making available Bible commentaries of the early Church Fathers, particularly that of the African Church Fathers.)

Wesley’s view of the Bible is extremely important for the future of global Methodism. May we reflect on the opening words of Wesley on “Thoughts Upon Methodism.”

“I am not afraid that the people called Methodists should ever cease to exist either in Europe or America. But I am afraid, lest they should exist as a dead sect, having the form of religion without the power. And this undoubtedly will be the case, unless they hold fast both the doctrine, spirit, and discipline with which they first set out.”

To maintain our identity and relevance in the world as the people globally called Methodists, we will have to be people of the “Book of God” – the Bible. As John Wesley and the early Methodists were, may we be a people of one book.

Robert K. Aboagye-Mensah is the past Presiding Bishop of the Methodist Church Ghana (2003-2009). During that period he also served as a member of the Central Committee of the World Council of Churches (WCC), and also as the Vice-President of All Africa Conference of Churches (AACC) for West Africa sub-region. The Most Rev. Dr. Aboagye-Mensah was a member of the Board of Directors of The Mission Society from 2009 to 2015. This is the third of a series of articles provided by TMS Global to platform some important voices in global Methodism. Image: Celebration in Lawra, Ghana for the dedication of a borehole at the Methodist Integrated Health Project. The Most Rev. Robert K. Aboagye-Mensah, in the middle in the cassock, presents cloth as a gift to short-term team members who helped build a parsonage in another town – and to Mary Kay Jackson. A TMS Global missionary and engineer, Mary Kay had drilled the borehole as part of her work with relief agencies to bring potable water to rural villages in Ghana. Photo provided by Mary Kay Jackson.