A Christian Response to Sexual Harassment 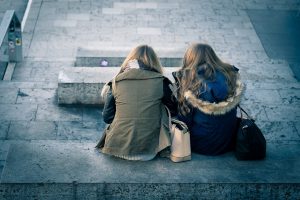 It has been alarming to read and hear the steady drumbeat of new allegations of sexual harassment and inappropriate behavior by leaders and other powerful men in our country. A small ripple has become a tidal wave of reports, swamping even the most powerful who have withstood a winked-at reputation for decades.

What is new at this time is the spotlight being put on women’s stories of abusive behavior. It is one thing to read the statistic that more than 40 percent of American women report having experienced sexual harassment. It is another thing to hear the stories of some of the behavior that women have had to endure.

As a married father of three daughters, these stories are beyond disgusting. As a Christian, they are morally reprehensible. I find it difficult to conceive how some men could act this way, although I know in my head that such behavior has existed since the dawn of time.

We can and should make sure that laws and policies protect women and men from abusive behavior. We can and should provide clear avenues for victims to find redress for the abuses committed against them. But laws alone cannot solve a problem of the human heart. Only Christ can.

God is in the transformation business. He wants to transform our lives into the likeness of Jesus Christ. And he wants to transform our culture through the leavening power of the Holy Spirit expressed in the lives of believers who permeate society like yeast in dough. That transformation is an inner change wrought by the Holy Spirit, as we cooperate and live into the change he is working in us.

There are several images in Scripture that can help us welcome God’s transformation into this area of our lives.

One image has to do with treating women with respect. The Apostle Peter says some pretty revolutionary things in I Peter 3:7, when he commands husbands to “be considerate as you live with your wives, and treat them with respect.” Although specifically addressed to husbands and wives, the points apply to all male-female relationships. Peter wants us to act with consideration and respect. None of the stories of sexual harassment that I have read betray any sense of the perpetrator acting with consideration or respect.

Women are given a status equal to men by the use of the terms “partner” and “heirs with you of the gracious gift of life.” In God’s eyes, women and men are of equal value and worth. We can demonstrate that with numerous examples from the way that Jesus treated women. As such, women are entitled to consideration and respect. Women are not things to be used to satisfy men’s desires, but equally powerful human beings with equal stature and equal moral agency.

In the above cited passage, Peter uses the term “weaker partner” to describe wives. Of course, this is not the kind of phrase one uses in modern day public discourse, but it was a common understanding during biblical days. Throughout history, all kinds of wrong-headed applications have been made from this passage. In fact, scientists have extended great efforts to prove that women are stronger than men in many ways (albeit perhaps not in terms of brute strength). But I think that misses the point.

In Peter’s time, women were in need of protection. Culturally and economically, women were for the most part unable to function as independent people. It was the man’s role to care for and protect women. This role fell naturally to the father and then to the husband, but it was also assumed by the church in the case of widows. I have become much more aware how dangerous it might be to be a woman in our society, based on how pervasive and widespread are the instances of sexual harassment and even rape.

Women today still need our protection. They do not need the stifling kind of controlling “protection” by a male authority figure. They need all of us to watch out for each other, offering strength and encouragement and help in time of need. In short, they need consideration and respect. And in the words of that new ubiquitous saying, “If you see something, say something.” We need to speak up for each other and call out behavior that is inappropriate.

These concepts of equal status and worth and the need for consideration and respect for women in particular were revolutionary in Bible times. Women were not generally regarded in this way. Over time, the Christian gospel changed society, but the transformation has not been complete. There is still work to do.

I realize that the predominant motif of sexual harassment or abuse is an issue of power, with a more powerful person (in the world’s eyes) taking advantage of a less powerful one. But I cannot help but wonder if some of the seeming epidemic of sexual abuse is the result of our society having lost a healthy understanding of the purpose of sex. Through the widespread use of birth control, we have fairly effectively separated sex from procreation (which can be a very good thing, but it can also have negative consequences). And in more recent years, changing mores have separated sex from marriage. It is no longer discouraged to live together without being married, and in many instances it is assumed that people should do that. In the attitudes of many, sex has become a recreational activity between consenting adults on par with going to see a great movie or going for a bike ride.

This trivialization of sex has deprived it of the sacred mystery that God intended it to have, serving as part of the glue to hold a lifetime relationship together and symbolizing the uniting of two persons into one intimate relationship. It is no coincidence that the Old Testament euphemism for sexual relations was “to know” a person. Sex is meant to point to the most intimate and knowing of human relationships, and to point toward the ultimate knowing relationship between a person and God. Paul looks forward to a time when “I shall know fully, even as I am fully known” (I Corinthians 13:12). Yet today it is considered normal to hop into bed with a person after the first or second date, when you hardly know the other person’s name!

Part of the antidote to sexual harassment and abuse is to recover God’s purpose and understanding behind sex. When we come to terms with the deep and sacred meaning God intended for a sexual relationship, we will treat sexuality with the seriousness and deference that it deserves.

The bottom line is that this whole area of sexual harassment and abuse is an area where Christians should be leading in a counter-cultural direction, yes in our teaching, but supremely by the way we live and treat others. Where we have failed to live up to God’s ideal, it is disappointing, and we must resolve to live in ongoing repentance and transformation. The good news is that forgiveness and transformation is available to even the most sin-hardened among us. All we need to do is turn and ask.

Although painful in the process, God’s healing is available to victims of sexual harassment and abuse, as well. The Church is positioned to offer the affirmation of women’s worth and equality, as well as the ministry of the Holy Spirit in bringing restoration and healing to those who have suffered. Part of our responsibility is to make it safe to talk about experiences of abuse in a church context in order to open the door to that healing and affirmation. In the Church, we tend to be afraid to talk about sex and power. By the grace of God, we need to overcome that fear.