A better way to live

I think many of us are feeling that things are changing. Our culture, once friendly to the Christian faith, is becoming more and more hostile. And persons who hold to a traditional view of morality are often ridiculed as judgmental, mean-spirited, and on the wrong side of history. 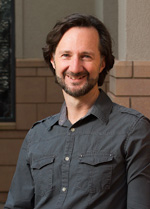 I’m not willing to give up on the power of the Gospel to convert people thoroughly, heart and mind, to Jesus Christ. And I’m not willing to believe that the church cannot influence our culture in powerful and dramatic ways. I believe we can. In fact, I believe in the present dark moment, we, as the people of God, can have one of our finest hours.

But I am certain that the battle to bring secular people to faith in this cynical era will not be won through politics, power or even by the most compelling intellectual answers. We’ve tried to do it that way and it didn’t work.

There are still important reasons for Christians to engage the culture philosophically and through the arts. But I’m convinced the only way we will impact our culture significantly is for people to see the truth, not just hear it. And the truth is that the way of Jesus is a better way to live.

Our current secular culture perceives Christians as judgmental, angry, self-righteous, and defined by a political agenda. Only after Christians are seen as living authentic lives of love and compassion and service – and the Church is seen as a servant community that cares more and loves more than anyone else on the planet – will we get our culture to listen to our claim that Jesus Christ is Lord and Savior, who can connect lost souls to God and bring life out of death.

And it can happen. I’m sure of it because it happened once before. In the early centuries AD of the Roman Empire, society was cynical, violence was celebrated, morals had decayed and life was cheap. Twenty centuries later, does any of that sound familiar?

The Romans were cynical about their gods. Their deities were flawed and petty, engaging in foolish and egotistical rivalries – not better than people wanted to be, but worse. And though Romans might sacrifice to their gods in hopes of blessing and prosperity, religion as a whole was losing its influence on the daily lives of the middle and upper classes.

Our culture is also cynical about religion. Fewer and fewer people in the U.S. claim a connection with organized religion. It has become more prevalent to attack and dismiss religion as a crude superstition.

Whether it’s the intellectual attacks of those known as “the new atheists,” secular attempts to remove faith from the public square, or the exposure of the church’s flaws (especially the unforgivable cover up of child abuse by church officials), you can see that persons in our time are as cynical regarding religion as the Romans were in the first centuries after Christ.

During that same period, Romans reveled in the violence of “the games.” They rejoiced to see men fight to the death, whether at the hands of other gladiators or being mauled by wild beasts in arenas throughout the empire, including the Coliseum which seated 50,000.

We haven’t gone quite that far, but there are similarities. Boxing has given way to UFC cage matches. G.I. Joes for boys have given way to explicit video games that simulate murder and even rape.

Morally, first century Rome was a time of sexual promiscuity and decadence. Affairs were common, marriages didn’t last, and it was permissible for men to keep young male and female slaves for their sexual pleasure.

Our time is characterized by human trafficking, the omnipresence of pornography, strip clubs, children sending naked pictures of themselves and others via telephone (sexting), casual hook ups and friends with benefits, so that sex is devalued to nothing more than the gratification of physical desires.

Human life in both cultures is deemed expendable if inconvenient or unwanted. Roman children born deformed or weak or even female could be discarded, left exposed to the elements to die of starvation or mauled and eaten by wild beasts.

Today, we create “clinics” where the unwanted life, often because of defect or gender, is dismembered and discarded. Over the last 40 years we have seen over 50 million abortions. Of those, less than five percent were conducted because the life of the mother was at stake or because of rape or incest.

Two cultures, 2000 years apart, but not that dissimilar. And yet, three centuries after it began as a lower-class Jewish sect in faraway Palestine, the Roman Emperor Constantine announced his conversion. And before the year 400, Christianity had become the official religion of the Empire, embraced, some estimates state, by nearly half of its inhabitants.

How had a despised and persecuted sect with no political power, that worshipped a man executed as an insurrectionist, and that appealed at first primarily to the poor and the uneducated, change the hearts and minds and eventually the culture of people who were cynical, licentious, crass, and crude? Simply put, the early Christians lived the way Jesus lived. They loved the way Jesus loved. They served the way Jesus served. And when persecuted, they died the way Jesus died, praying for the forgiveness and the salvation of those who had ordered their deaths.

How did the early Christians love and serve and live better? There were unwanted babies left to die because they were deformed or because they were female (there were 50 percent more boys in Roman households because female infants had been discarded). Christians would go into the woods and rescue those abandoned children and raise them as their own.

In times of plague, the Romans commonly abandoned their relatives at the first sign of illness, even pushing them into the streets before they died, in hopes of escaping the disease themselves. Not so the Christians. They not only cared for their own and nursed them to health, but also took in and cared for unbelieving neighbors and strangers – many dying themselves as a result of contracting the disease.

Christians provided food and assistance to the poor regardless of their faith and to both sexes, though Roman welfare was given only to males. They were faithful to their wives and kind to their children.

Pliny the Younger, a Roman governor, gave the following account of the Christians he had interrogated sometime between 111-113 A.D.: “… They were accustomed to meet on a fixed day before dawn and sing responsively a hymn to Christ as to a god, and to bind themselves by oath, not to some crime, but not to commit fraud, theft, or adultery, no(r) falsify their trust …”

In the midst of the decadence and the cynicism and the hedonism of Rome, the Christian way, the way of compassion and purity and service, looked like life, a superior kind of life. And what was once despised became treasured. And the foolish One, crucified in weakness and shame on a cross, became adored as Lord of all, God in the flesh. And a culture was changed.

Our culture can be reached. Its promises of life and happiness in material possession and pleasures will leave people in our time as empty and as unfulfilled as did the cynicism and selfishness of the Roman Empire. But whether they know it or not, people in our crass and cynical society are looking for a better way. And when they see it in us – the way of service, sacrifice and love – they will be able to believe that the way of Jesus is the way that leads to life.

We don’t have home field advantage anymore. But we do have a real opportunity to become focused on the way of Jesus and live it out the very best we can. If we do, I believe God will be pleased and a world can be transformed.