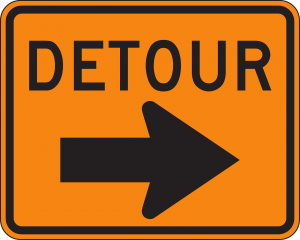 The Protocol for Reconciliation and Grace through Separation is not currently on the agenda for the special virtual General Conference.

The Commission made the expected decision that an in-person General Conference could not take place in 2021, due to the travel restrictions in place now and expected to remain in place for the foreseeable future. Travel by delegates from outside the U.S. to attend General Conference will likely still be impossible throughout 2021. Those delegates make up 40 percent of the General Conference, and it would be inappropriate to meet without them.

A Technology Study Team met during January to consider the possibility of a virtual General Conference. After extensive research and conversations with representatives of the church outside the U.S., the team concluded that a virtual General Conference, even with a limited agenda, would not be possible. Some of the reasons for this conclusion are:

As one who promoted the viability of a virtual General Conference, reading the report of the Technology Study Team convinced me that it is not feasible with current technology during a pandemic. This decision is disappointing, and the situation is frustrating, but I believe it was the right call.

The Council of Bishops proposes that the special session gather on May 8 for an extremely limited agenda. The first task would be to secure a quorum in order for the special session to take action. In light of the above considerations, it is unlikely that more than a scattered few delegates from Africa or the Philippines could attend. It must be acknowledged that, despite the high value on universal participation by all delegates, this special session will mainly include U.S. and European delegates who have access to Internet technology. But this situation is unavoidable in trying to get some of the church’s administrative processes unstuck.

With the knowledge that many delegates could not participate in a deliberative General Conference, the Council of Bishops has limited the proposed agenda to twelve administrative items that it considers non-controversial. These agenda items provide for:

The virtual General Conference will also vote to allow the voting on the above items to be done by paper ballots that would be compiled by mail and the results announced on July 13, 2021. The paper ballots would not allow any amendments to the above legislation. Delegates would simply vote yes or no. Although not all delegates could participate in the virtual General Conference, all 862 delegates could cast paper ballots on the proposed legislation.

What about the Protocol?

The agenda for the virtual special session of General Conference does not include the Protocol to allow for separation in the UM Church. Some have said that such a decision is too important to be made when we are not together in the same room. Further, the items on the special session agenda could not be amended, and some have said they want to make amendments to the Protocol.

However, the decision about separation requires urgent resolution. Many of the other decisions, such as the budget and the number of bishops to elect, depend upon how many churches and annual conferences will remain in The United Methodist Church after separation. It would be better to make the decision regarding separation before needing to make all these other decisions.

It is in no one’s best interest to prolong this decision. Deciding now would enable The UM Church and the new traditionalist denomination to begin moving ahead in ministry as we come out of the pandemic. Many are ready to act, and deciding now would open the door for churches that are ready to go in a new direction. The Protocol has been discussed publicly for over a year, so the delegates are well aware of what it contains.

It is in the best interest of centrists and progressives that General Conference make a decision now regarding the Protocol. Once traditionalists start moving to a new denomination, it would allow centrists and progressives free rein to change the church’s position on marriage and sexual ethics, as well as enact new structures of regionalization at the 2022 General Conference. If the decision on separation is postponed to 2022, it is likely that these other changes will have to wait until 2024.

The need to offer amendments to the Protocol is not essential. The mediation team negotiated the major terms of the Protocol based on compromise and give-and-take. Changing any of those major terms could jeopardize the carefully balanced agreement and throw the adoption of the Protocol into question. It would be better to adopt the Protocol as negotiated, with the implementation dates extended by one year, which would be possible under the plan of the special virtual session.

Hope for the Future

Meanwhile, we look to the Protocol mediation team to provide leadership in continuing its support and promotion of the Protocol. The Reconciling Ministries Network and the Western Jurisdiction and its progressive bishops have recently reiterated their support for the Protocol, as has the Atlanta group of traditionalists. With support across the spectrum, including from bishops, the Protocol can move forward as a positive way to amicably resolve the decades-long conflict in the UM Church.

Whether the decision is made in May or next year, we believe an amicable separation will release the church to be what its members determine. Freed from conflict, both groups could wholeheartedly pursue ministry according to their mission and identity. They could focus their energy on mission, and no longer be distracted by conflict.

Over the past year, we have been learning to endure and persevere. Yes, it is tiring, hard work. It is discouraging at times to see the goal line shift farther into the future, whether we are thinking about the pandemic or the future of the church. The promise remains that God is with us and will never leave or forsake us.

Be patient, then, brothers and sisters, until the Lord’s coming. See how the farmer waits to see the land yield its valuable crop, patiently waiting for the autumn and spring rains. You too, be patient and stand firm, because the Lord’s coming is near (James 5:7-8).

Patient endurance is our calling in this moment. As we see what God unfolds in our lives and the life of our church, we put our faith and trust in him. With Jeremiah, we are confident that God has “plans to prosper [us] and not to harm [us], plans to give [us] hope and a future” (Jeremiah 29:11). We can stand firm on that promise and the Lord’s matchless presence at all times. “Do not be afraid. Stand firm, and you will see the deliverance the Lord will bring you today” (Exodus 14:13).