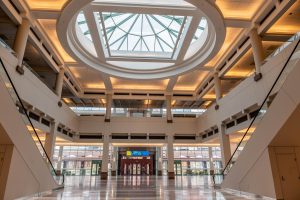 As the Covid-19 pandemic continues to ramp up across the U.S. and around the world, church leaders are thinking once again of General Conference, scheduled for August 29-September 7, 2021, in Minneapolis, Minnesota. There are rumors floating around that General Conference is going to be postponed again. Those rumors are not correct. No such decision has been made to postpone General Conference a second time.

But in the interest of addressing the concerns about the possibility of a “normal” General Conference next year, some of the options that could be considered should be examined, along with their pros and cons.

A Full Ten-Day In-Person General Conference as Scheduled. This option would be the preferred choice of most delegates, all things being equal. There is no substitute for gathering in-person to ask questions, engage in discussion, and modify proposals that the General Conference will consider. This option envisions dealing with the Protocol for Separation along with all the other legislative items (budget, new Social Principles, bishops for Africa, resolutions on social issues, etc.). Having a “normal” General Conference is what we are used to, and it has been planned for the last nine years. The people of the Minnesota Conference have prepared extensively to host this event and are ready to do so.

Obviously, the biggest downside to this option is the question about whether global travel will be possible by August. Complicating matters is the need for non-U.S. delegates – more than 370 out of a total 862 delegates – to obtain visas in order to attend. Right now, U.S. embassies are not granting visas for visits to the U.S. Will they be open and able to grant such visas in enough time for delegates to obtain them and participate in the General Conference?

This hinges on the availability of a vaccine. Most health experts expect that a vaccine will be broadly available to the American public by the middle of next year, if not earlier. It will take time for a substantial percentage of the U.S. population to be vaccinated and to make large gatherings possible once again. (Minnesota is currently banning indoor gatherings of 250 or more.) But it is far less certain that the populations in Africa and the Philippines will have broad access to a vaccine that quickly.

Applications for a visa will probably require proof of vaccination. Some of the vaccines being tested right now require two doses a month apart. It is unknown whether there will be enough doses of the vaccine available to cover the populations of developing countries, including the delegates that would travel to Minneapolis, in time for them to obtain visas.

Holding General Conference without the participation of most of the delegates from outside the U.S. would be legal, but it would be morally wrong, unless there are no other options. Delegates from outside the U.S. make up about 44 percent of the conference. Making decisions about the future of the church with such a large part of the body missing is unthinkable. The decisions made by such a General Conference would be forever suspect.

Another downside to holding a “normal” General Conference is its impact on how to deal with the consequences of separation. If, as expected, the Protocol for Separation passes General Conference, the stage would be set for forming a new conservative Methodist denomination. That new denomination will maintain some of the UM Church’s current positions (for instance, regarding marriage and human sexuality, as well as basic doctrinal standards), while wanting to streamline the way the church operates. At the same time, those remaining in the continuing UM Church will want to make changes, as well. They will liberalize its position on marriage and ordination for LGBTQ persons, add the possibility of a U.S. central conference that enables each region of the world to be self-governing, and probably trim the size and number of general church boards and agencies. Many 2021 delegates will likely decide to align with the new traditionalist denomination. As a result, hundreds of delegates would be voting on petitions that will create or defeat rules for a denomination they will not be part of following separation.

An Abbreviated General Conference Agenda. One solution to this last problem would be to shorten the agenda of General Conference to deal only with those items of business that are necessary to prepare the way for separation. These would include the Protocol itself, the quadrennial budget, election of some general church officers (for example, the Judicial Council), and changes to the pension program as voted by the 2019 General Conference. All other petitions and proposals could be referred to the next (post-separation) UM General Conference.

This abbreviated agenda would allow essential matters to be addressed in implementing the separation. A special General Conference for the post-separation UM Church could then meet in fall 2022 or spring 2023 with new delegates elected from those parts of the church that remain with it. That special General Conference could then enact all the changes to The United Methodist Church envisioned by progressives and centrists without interference from conservative delegates who will not be part of the post-separation UM Church. The new traditionalist Methodist denomination would have its own convening general conference in roughly the same time frame to formally establish its policies and governance.

A Virtual General Conference. Most people have gotten used to participating in meetings and worship through video conference applications, such as Zoom. A number of annual conferences have successfully met virtually using video conference technology. If international travel is impossible, a virtual conference might be possible. Some UM leaders are urging consideration of this option, and the Commission on the General Conference has formed a technology study team to examine this alternative.

A virtual conference would have to be limited to an abbreviated agenda, as described above. Given the number of people involved in the online platform, the pace of discussion and action would be much slower, so fewer items could be dealt with. Because of the time differences between Africa, Europe, and the Philippines, the working day would be much shorter – perhaps only six hours. This would again speak in favor of an abbreviated agenda spread over several days.

Many of the virtual annual conferences allowed participants to sign in from their home or office. That could still work for the U.S. and Europe. However, Africa and the Philippines might find it necessary for delegates to meet at central locations in order to adequately provide for secure Internet connection that can handle a more reliable video conferencing situation. If that were the case, it would be fairer to require all delegates to meet in central locations for the duration of the conference. United Methodist missiologist David Scott calls this format a “distributed” General Conference, since groups of delegates would be meeting in person, while interacting with other groups virtually.

If a virtual format were adopted, legislative committees would be impossible. Instead, the conference would need to follow the pattern of the 2019 General Conference, where the body operated as a committee of the whole to perfect legislation before finally voting on it in plenary session.

This model for holding General Conference could also enhance participation by individual delegates. There could be time before, during, or after the plenary sessions for delegations to discuss the business of the conference and ask questions. Those questions could be posed in writing to the bishop who is presiding over the whole General Conference. The bishop could then organize a response to all of the various questions that are asked, without having to do so on the spur of the moment. That would allow for more efficient use of time. Speeches for and against could be rotated among the jurisdictions and central conferences to give every area a chance to be heard.

Another difficulty is the possibility that individual delegates could be manipulated by false or misleading information. The General Conference staff would need to ensure that all delegates received the same information. Explanatory information could be video recorded ahead of time and shown to the various delegations in their own language. Answers to questions would need to come from trusted sources of centralized information. The presence of official observers could ensure delegate voting integrity and the impartiality of how delegate groups are administered.

A third issue with this option is the possible loss of money obligated under contract to the hotels and conference venue. Even with a potential loss, however, a virtual conference would cost far less because the travel costs would be much lower. Money saved could be used to supply needed technology equipment for annual conferences to participate virtually. But a special called session of General Conference in Minneapolis in 2022 or 2023 could greatly reduce or eliminate any loss of deposits.

A Special General Conference. The Council of Bishops could call a special General Conference that could meet virtually even before the scheduled date of August 29, 2021. This special session could deal only with the matters covered in the call, which would be the abbreviated agenda proposed above. That would reduce or eliminate the number of additional petitions to be submitted. It would also focus the General Conference on resolving the question of separation, so that all parts of the church could move forward in the way they believe God is leading them.

The regular session of the General Conference that was scheduled for August 29, 2021, could then be postponed to spring of 2023. That would allow the annual conferences and congregations remaining in the post-separation United Methodist Church to elect new delegates representing a centrist/progressive vision for the church. It would hopefully allow enough time for the whole world to be vaccinated and obtain visas as necessary for travel. The conference could be held in Minneapolis, which might diminish or eliminate any financial loss of money deposited for the 2021 General Conference session. And it would take advantage of all the preparations that have been done for 2021.

One of the major goals of the Protocol was to resolve the conflict by providing an avenue for separation, thus avoiding lawsuits. Delaying action would open the door to wholesale legal actions that would cost millions of dollars. That money would be better spent on the mission of the church, rather than in courtrooms.

And if there were no Protocol, the conflict would resume within the UM Church. Right now, there is a moratorium on complaints and trials. However, if General Conference is postponed again, that moratorium would fade. Complaints would be filed, trials would be demanded, and conflict would ramp up again.

Most of the people who have been following this conflict for the last several decades are ready for it to be over. They are not willing to wait another year or three. Too much is at stake, given our current inability to pursue the church’s mission unhindered. Postponement is not a healthy option.

Act to Resolve. No matter which option is chosen, there are advantages and disadvantages for each. Some options may ultimately be ruled out by events beyond the control of the church. It is helpful to think through the various possibilities and strive for one that maximizes fairness and universal participation, while providing for the clearest and earliest resolution to the deep divisions within our denomination. While we are engaged in conflict, we are not moving forward. It’s as if two people are in opposite ends of a canoe rowing in opposite directions. Meanwhile, the canoe is sinking. It is time to act to resolve the conflict for the sake of the church’s future.