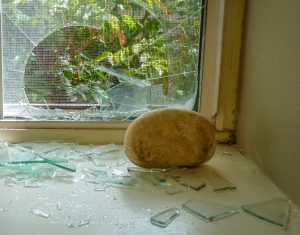 Covid vaccination for United Methodists in the United States is an issue of choice – not of convenience. Inoculation availability in the U.S. is widespread and accessible. This is not the case for all United Methodists in other countries. While it can be hard for urban and travel-oriented United Methodist to comprehend, some General Conference delegates live hundreds of miles away from locations where vaccinations are offered by their governments and health agencies. Those in rural sections of some countries have limited travel options (no private cars, buses and planes run irregular and infrequent schedules, dirt roads are sometimes impassable, and costs are prohibitive for the average person). This creates extraordinary hardship when it comes to reaching destinations to get vaccines.

To attend General Conference, international delegates must meet the government requirements for entry to the United States, which include a WHO-approved Covid vaccination. While the vaccine is provided free of charge for delegates by their home nation, the travel and lodging expenses are not. Neither are they provided by The United Methodist Church.

Traditionalists established a freewill, non-obligatory program to help defray the travel costs for rural General Conference delegates in other countries to receive the vaccine. The program covers travel, hotel stays, and food while delegates receive the vaccine at government health facilities.

Unfortunately, this has suddenly become a hot-button controversy, instead of a widely supported mission. The reaction of progressives and institutionalists to this traditionalist effort to help international General Conference delegates receive vaccinations for Covid-19 is as predictable as it is sad.

The Executive Committee of the Council of Bishops, a body of international bishops, unnamed members of the Commission on General Conference, and progressive bloggers report being “appalled” and “outraged” at the “harm” we are doing and have charged us with colonialism and “jeopardizing the integrity of General Conference.” Our motives are reported to be perverse and cynical, though none of our critics has spoken with us about why we began this initiative. These attacks are the same charges the same people have levelled against us whenever we have collaborated with international delegates on issues where we hold common beliefs.

First, how did we arrive here? Then, let’s ask and answer who is truly guilty of a colonialist mindset – traditionalists or progressives and institutionalists?

I know how the vaccine initiative came about because I was on the phone call when it was developed. The conversation really was this simple. “For the good of the church, General Conference needs to meet in 2022 and pass the Protocol.” “What’s likely to prevent that from happening?” “If the international delegates are not able to attend in representative numbers, the Commission on General Conference could understandably decide GC should be postponed.” “How can we help with that?” “One African bishop and a number of African delegates have asked for help in getting vaccinated so they can attend.” “Are the General Board of Global Ministries, the Commission on the General Conference, or the Council of Bishops doing anything to help make that happen?” “No. Representatives of the Council of Bishops have told us there are no such plans from official church agencies to help delegates get vaccinated.” “Let’s offer to provide travel expenses for those delegates who want to get the vaccine.” “Shouldn’t we ask other groups to join us so it’s clear we don’t have an ulterior motive?” “Yes, in addition to inviting the General Board of Global Ministries, let’s ask progressive and centrist caucus groups to help fund the effort.” (By the way, we did ask those groups to join the effort and they declined.) “It’s going to be expensive.” “Sure, but our people are counting on us to get the Protocol passed and stop the harm being done to the church.” “We will have to move quickly because the Commission on the General Conference might make a decision on postponing General Conference as early as January. We need to demonstrate that nearly all delegates can get vaccinated in order to attend General Conference.” “OK, our decade of partnering with international delegates has created a good network for getting the word out and helping delegates become vaccinated. Let’s do it whether or not we have to pay for it all.”

Thus, the plan was created. The Wesleyan Covenant Association (WCA), Good News, the Confessing Movement, and UM Action were very transparent about what we were doing by informing key episcopal leaders of our plans, by asking other groups to join us before the plan was put into action, and later when we announced to the general church what we were doing. Nothing was hidden. Nothing was nefarious. Nothing was done that deserved to be described as dark and malevolent. Even if some might disagree with our efforts, neither our actions nor our motives warranted outright condemnation from our brothers and sisters in Christ. Such is the world we live in. Evidently, such is the church we live in.

So, what about the charge of colonialism? And who has actually acted in ways that could be described by that ugly term?

Was it a traditionalist bishop or a progressive bishop who wrote the following after General Conference 2012? “Delegates from Africa once again proclaimed that their anti-homosexual stand was what U.S. missionaries taught them. I sat there wondering when our African delegates will grow up. It has been 200 years since U.S. Methodist missionaries began their work of evangelization on the continent of Africa; long enough for African Methodists to do their own thinking about this concern and others.” It was not a traditionalist, but progressive Bishop Minerva Carcano who disrespected an entire continent. How did the Council of Bishops, the Commission on General Conference, and progressive bloggers who champion the dignity and inclusion of persons of color respond? Were they outraged and appalled? Did they condemn her colonialist assertion that if Africans do not share her opinions they are unthinking and ignorant? No. Not one of them said a public word taking her to task.

Who withdrew their financial support from Moscow Seminary after General Conference 2019? When the Russian delegates spoke often and passionately on the conference floor, defending a traditional understanding of sexual ethics, was it traditionalists, or progressives and centrists who sent the message: there will be no more support for your theological training until you begin to teach what our liberal western seminaries teach? It was not traditionalists, but a large centrist/progressive local church that has promoted the UM Church as a “big tent,” welcoming all. Several church ministries in Africa suffered a similar fate after GC 2019, prompting the WCA to start a Central Conference Ministry Fund to help projects that lost financial support from centrists and progressives. Did any group that has condemned us for providing funds for vaccinations speak out against removing funds from those who are doing the work of Christ in Russia and Africa? Of course not.

Who is currently floating plans to regionalize the church? Who is proposing to create a structure that would keep international delegates from voting on the sexual ethics and the ordination standards that Methodists in the United States would be expected to follow? Who is putting into reality Mainstream UMC executive director Mark Holland’s idea that, “It is impossible to share a governance structure with a global church which is both fundamentally disconnected from and disapproving of the culture of the United States. This new reality gives us 5 reasons why we should consider some version of an autonomous U.S. church.”

Disapprove of the culture of a western, post-modern, progressive nation with a liberalized sexual ethic (and a church that approves of its values), and a leading centrist spokesperson believes the solution is a U.S. church that is independent from the influence of those unenlightened persons who have not yet accepted the superiority of the American way. And that is the church centrists and progressives now envision and are proposing.

Who wants to diminish the influence of international delegates in the affairs of their denomination because they do not see them as equal partners in determining the will of God? It’s not traditionalists, but progressives and centrists who see international delegates as obstacles to enacting what liberals in this country have decided is God’s will. It’s they, not traditionalists, who see Africans and Filipinos as “work-arounds” to be marginalized, not as brothers and sisters worthy of respect and of fully participating in the process of holy conferencing.

By contrast, who is currently preparing for a denomination in which whites may very well be in the minority? In fact, a denomination in which Americans may be in the minority? Not the progressives and the centrists who plan to remain in the present UM Church in the United States, which is over 90 percent white and which will remain close to that when traditionalists leave.

The Global Methodist Church will be very different. Most of Africa will probably go with the GM Church and a good part of the Philippines may join, as well. International members and persons of color are likely to be in the majority of the new denomination. We who are creating the GM Church know that and we welcome it.

And who believes that international delegates are so lacking in conviction and virtue that their votes can be bought by the promise of a vaccine? That’s one of the charges made against our efforts: we’re attempting to buy votes. Really? By offering to help delegates become vaccinated when we have not made our assistance dependent on anyone telling us how he or she will vote? When we will have no way of knowing how anyone voted when General Conference is over? That’s our plan for influencing the outcome of General Conference? We’re spending $135,000 to buy votes when even Mark Holland agrees that 80% of the international delegates and at least 90% of the Africans voted for the traditional plan in 2019? The charge that traditionalists are buying votes is ludicrous.

But more egregious is the insinuation that the integrity of Africans, Filipinos, and others is for sale to the highest bidder. Those of us who have worked with and who are friends with international delegates know them to be persons of integrity and principle. And it angers and disgusts me when progressives insinuate otherwise. I wait for the Executive Committee of the Council of Bishops, members of the Commission on General Conference, and progressive and centrist leaders to join me in expressing how appalled and outraged they are by these attacks on the integrity of our brothers and sisters.

So, who looks down upon and diminishes delegates living outside of the US, most of them persons of color and poor? Who has demeaned their intellect, their education, and their virtue? Who has defunded them for holding to the positions the UM Church has held since its inception? Who is creating a church that will diminish their influence in the future?

I guess a simpler way of asking those questions is: Who is guilty of a colonialist mindset? Not those who have treated international delegates as equal partners and who are grateful for their influence and who are creating a denomination where their strength will be even greater. Just maybe it’s the group that, for years, has thought it a useful tactic to project their own failures and prejudices onto others. That would include many institutionalists, progressives, centrists, and bishops. And just maybe the next time they decide to be appalled, aghast, and outraged, they should begin with the log in their own eye. That would certainly give them more credibility than they now possess when they condemn others.

Rob Renfroe is a United Methodist clergyperson and the president of Good News.