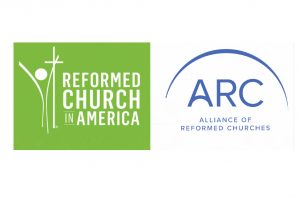 In October 2021, after 16 months of Covid-related delay, the General Synod of the Reformed Church in America (RCA) adopted a plan to allow traditionalist congregations to disaffiliate over the church’s gridlock over LGBTQ ordination and same-sex marriage. That plan has now given rise to a new, theologically conservative denomination called the Alliance of Reformed Churches. Several smaller networks of traditionalist churches also formed prior to the General Synod’s action.

According to articles by Kathryn Post in Religion News Service (RNS), “The RCA is a historically Dutch Reformed denomination dating back to the 1620s, when New York was known as New Amsterdam. Today, the RCA has fewer than 200,000 members and 1,000 churches.”

“It’s really about how we view the Bible, how we understand God and the nature of the church,” the Rev. Lynn Japinga, professor of religion at RCA-affiliated Hope College, is quoted as saying. “It’s a fundamental difference in approach to the Christian faith that’s the source of all this.”

The Rev. Ron Citlau, senior pastor of Calvary Church near Chicago, frames the question this way, “The issue for me and many of the people I know is, is it a thing for which Jesus Christ needs to come to redeem us, or is it a blessing he wants us to embrace? If we get sin wrong, there are larger issues at stake.”

The Reformed Church has similar issues of accountability comparable to The United Methodist Church. According to the articles, “The RCA has a localized structure that gives classes – regional church groups [similar to UM annual conferences] – authority over matters such as discipline and ordination. While all RCA churches follow the Book of Church Order, they don’t have to follow the General Synod’s recommendations.”

David Komline, associate professor of church history at Western Theological Seminary, is quoted as saying, “The General Synod has repeatedly made statements that are more traditional in orientation about sexuality, but those are just statements. There are no mechanisms in place to hold people accountable to these statements.”

Attempts to amend the Book of Church Order to define marriage as between a woman and a man passed the General Synod, but failed to win the necessary two-thirds approval from classes. According to Citlau, “We found that the RCA is designed in such a way, intentionally or not, in which the vast majority cannot move to what they believe is right because there are just enough progressive classes that can veto.”

The 2018 General Synod formed a team “charged with discerning whether the RCA should stay together, restructure, or separate.” The team proposed three options: 1) organizing the classes [annual conferences] by affinity, rather than geography, allowing churches to opt into classes based on shared values; 2) creating an external RCA mission agency that would allow departing churches to continue supporting RCA’s global mission work; and/or 3) allowing a departing church to retain its property and assets. These three proposals were considered at the 2020 General Synod that was postponed until 2021.

Even before the General Synod acted, one class [annual conference] withdrew from the RCA. As Citlau, one of the leaders in the breakaway class, is quoted as explaining, “The RCA has this albatross around its neck, and historically it moves very slow. From our point of view, the house is burning. We can’t keep saying, we’re going to wait five more years and have a couple of committees. It’s already a bloody mess, and until you’re willing to get in there and make some choices, there’s no way through.”

Komline, the church history professor, is quoted as saying, “People on different sides of the spectrum have been fighting for about 40 years and they’re sick of it. They believe their fighting is impeding their mission. I think that’s the case on both sides. The liberals want to go pursue justice, as they define it, and the evangelicals want to share the gospel as they define that.”

In response to the conflict, the 2020/21 General Synod adopted regulations for churches that have chosen to leave the RCA to retain their assets and buildings (the third proposal above). “We believe that the RCA has an opportunity in this moment to act in an exemplary way by providing a generous exit path for churches who decide to leave, and also by inviting these churches to act generously themselves,” Brian Keepers, a Vision 2020 team member who presented the recommendation, is quoted as saying.

The delegates overwhelmingly defeated a proposal to create an external global mission agency (the second proposal above).

However, the delegates did approve the first proposal above, forming a team to restructure the denomination’s regional church groups by affinity, rather than geography. Each group/class would make its own decisions on ordination and marriage.

It remains to be seen, however, whether traditionalist churches will stick around to participate in affinity classes. On New Year’s Day, 43 congregations left the RCA to join the traditionalist Alliance of Reformed Churches (ARC). According to the articles, “At least 125 churches from various denominations are in conversation with ARC leaders about joining.” Steven Rodriguez, an RCA church planter in Brockport, New York, is quoted as describing the departing churches as “a large group of conservative churches that are also providing a lot of income to the denomination.”

The new Alliance, according to one RNS report, “besides not affirming same-sex marriage or ordination of LGBTQ individuals, will have a strong emphasis on church planting and feature a flexible organizational model meant to foster theological alignment and efficient decision-making, according to ARC leaders.” As Tim Vink, the new denomination’s director of spiritual leadership and outreach, describes it, “We have a passion for this remnant of believers to become a part of reformation and revival in the Northern Hemisphere. Part of our strategic thinking is designing things for the 21st century that allows a multiplication of gospel-saturated churches and a multiplication of disciples.”

“We believe if the church is going to be successful in the 21stcentury, it needs to be powered by a more agile structure and it needs to be more theologically aligned than theologically diverse,” Dan Ackerman, ARC’s director of organizational leadership, is quoted as saying.

According to the RNS report: “Joel Baar, an ARC board member and elder at Fellowship Reformed Church in Hudsonville, Michigan, which opted to join ARC by a vote of 604-9, said that theological conformity of ARC is part of what appealed to his congregation. ‘As the RCA was attempting to define and clarify marriage,’ said Barr, ‘and efforts had been happening over the decades in that regard, there continued to be this tension within the RCA of whether or not the Bible was the full authority of God’s Word. We started feeling at Fellowship we no longer belonged within the RCA.’”

According to the articles, “RCA leadership has reached out to its congregations, hoping to sell them on RCA’s increasing diversity and new international church-planting and missional partnerships. Yet, the RCA is also committed to allowing departing churches to leave on good terms. ‘We want to bless our brothers and sisters who are choosing to find another denominational family,’ said Christina Tazelaar, director of communication for the RCA.

“The ARC seems equally dedicated to a smooth transition. ‘We bless the RCA, we pray for the RCA,’ said Vink.” Nevertheless, he went on, “the General Synod in October made it clear to many conservative churches that the time is now to look for a new wineskin.”

It is striking how similar the RCA’s situation is to our United Methodist dilemma. Even the words used by the leaders on both sides correspond almost exactly to what UM leaders have said.

If the Reformed Church in America could find a way to pull off an amicable separation, why couldn’t The United Methodist Church do the same? Here’s hoping the 2022 General Conference will follow their gracious example.

The Reformed Church in America faces rupture over LGBTQ gridlock

The Reformed Church in America moves toward restructuring, prepares for departures