Living on a Mission Field 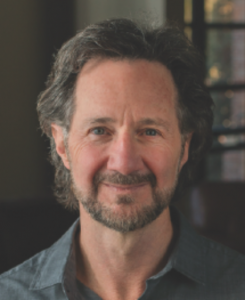 Welcome to the mission field! That may sound strange to those of you living within the United States, but it’s true, and it’s important for us to understand that we are living on a mission field. That reality should impact how we see ourselves and how we relate to those around us.

Because of the First and Second Great Awakenings and later revivals, our culture in this country has been greatly impacted by the Christian faith. Since the founding of the colonies, Christians in the United States enjoyed what you could refer to as “home field advantage.” From that time until the 1960s Christian beliefs and values were held by most of our citizens. There were skeptics in every time period, even some of our founding fathers, who did not affirm the Christian faith. But their views were a minority opinion with little impact on the masses and their beliefs. Most people, even many of those who were not professing Christians, viewed the church as an important part of American life and respected its moral teachings.

That has been changing and it will continue to change. According to Gallup research, “U.S. church membership was 73 percent when Gallup first measured it in 1937 and remained near 70 percent for the next six decades, before beginning a steady decline around the turn of the 21st century.” In 2020, church membership among Americans fell below 50 percent.

We now live in a culture that rejects traditional morality, openly attacks a belief in God, and condemns traditional Christians as judgmental bigots. Christians no longer have home field advantage in the U.S. Barring a miracle, we Bible-believing Christians will find ourselves more and more objects of ridicule, discrimination, and possibly persecution.

“The decline in church membership is primarily a function of the increasing number of Americans who express no religious preference,” reports Gallup’s Jeffrey M. Jones. “Over the past two decades, the percentage of Americans who do not identify with any religion has grown from 8 percent in 1998-2000 to 13 percent in 2008-2010 and 21 percent over the past three years.”

It’s important to understand that those of us who follow Jesus are not just people with a mission. We are people living on a mission field – and that should change how we see the people around us.

Go to a mission field and you don’t expect people to think or act like Christians. India, China, the Middle East. You know people there have different beliefs and different values. You expect them to see the world differently than you do. It doesn’t offend you that they do not believe or behave like Christians. In fact, you are moved by compassion for them, and you look for ways to help them come to know the truth of the Gospel.

That’s how we should see our current reality in the U.S. More and more people have never been in a church. Many have never heard enough about Jesus to accept him or reject him. What they “know” about Christians is what the culture has told them through movies, television shows, and the progressive websites and blogs they read. Of course, their values and their sexual ethics and where they look for happiness and meaning are different from those of us who know Jesus. Of course, they’re skeptical of our message and our motives.

Our unchurched neighbors and friends are deeply loved by God. Jesus said, “For the Son of Man came to seek and save the lost” (Luke 19:10). They are lost from God and from his ways. A lost world has told them who they are, what to value, and how to live. And along the way, they have become lost from all that God desires for them.

The right response to people who are lost is not anger but compassion. The mission is not to condemn them, but to rescue them. We don’t wash our hands of them; we open our hearts.

Having our heartfelt values rejected in the public square is painful. We can become angry and bitter. We can resemble the old man who yells in frustration at the neighbor’s kids who are tearing up his yard, “Get off my lawn.” But when we understand we are on a mission field, we will not feel angry or threatened when we find people around us who believe and act differently. We will feel genuine concern, and we will pray for them and ask God to show us how to reach them.

The Apostle Paul lived his life on the mission field because during his lifetime that’s what the whole world was. Look how he told Timothy to respond to nonbelievers, even those who opposed him.

“The Lord’s servant must not be quarrelsome but must be kind to everyone, able to teach, not resentful. Opponents must be gently instructed, in the hope that God will grant them repentance leading them to a knowledge of the truth, and that they will come to their senses and escape from the trap of the devil, who has taken them captive to do his will” (2 Timothy 2:24-26).

When I was in India, I visited a Hindu temple where I watched as a mother had her two sons kneel with her and offer a plate of fruit to an idol of one of their deities, Hanuman, whose features so resemble a monkey that Hindus refer to him as “the Monkey God.” I watched them worship a competitor, a rival to my Lord Jesus Christ. I saw their lips moving, asking Hanuman for blessing and protection and life. I did not feel anger towards that mother or her sons. My heart broke for them. They are lost in a lost world, seeking life and knowing of no better place to look for what they desperately need.

When you’re on a mission field, you don’t get angry at people for who they are or how they live. You weep for them. You feel compassion for them. You pray for them.

Whether they are Hindus in India, the people of Paul’s day who were without Christ, or those in our time who oppose the Gospel and reject all we believe, Paul tells us we must be “kind,” “not resentful” towards such people. We are to engage with them “gently” and never be quarrelsome.

We are on a mission field. The people who may bother us – how they look, what they think, who they have sex with, the values they live by – they need Jesus.