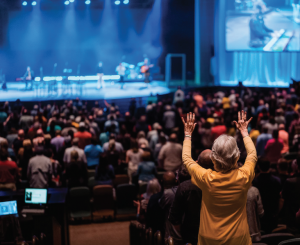 In the midst of chaotic and frustrating times within United Methodism, there is a simultaneous larger pan-Wesleyan movement calling for a renewal of minds and hearts. Over a three-day event in late September, more than 2,100 attended Seedbed’s New Room Conference in Murfreesboro, Tennessee. An additional 600 participated through livestreaming.

Despite dozens of book titles under its imprint, the Rev. J.D. Walt insisted that Seedbed, the host of the annual New Room gathering, is not merely a publishing company. “Publishing is not an identity, it’s a strategy. We’re an awakening company,” the Seedbed leader told the assembly.

In our contemporary culture, the challenges facing the Christian church are daunting. “If you listen close enough, there is a generation that is leaving the church – a generation that some are not just calling the ‘nones,’ but now calling the ‘dones,’” said the Rev. Tara Beth Leach, author of Radiant Church: Restoring the Credibility of Our Witness. Particulary on social media, there has been a notable trend of declarations from former churchgoers “deconstructing” their faith. 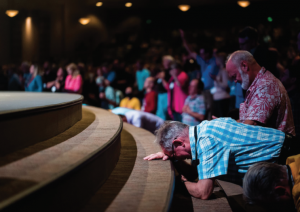 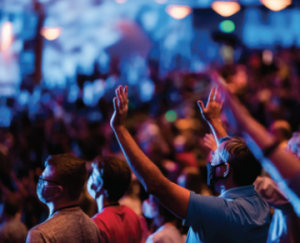 Photos on this spread: New Room participants pray and worship during the three-day event. Photos courtesy of Seedbed.

“Returning to church as we have known it, cycling back, is simply not an option,” said the Rev. David Thomas, senior advisor to New Room, in his opening address. “This is where we’re helped by listening to the young. Emerging Christian leaders, these resilient ​millennial and GenZ Christians, don’t want our church. They’re not rude about it. But ​they’re clear: they don’t want our org charts and structures, our career ladders and ​programming, our metrics and trophies. Emerging adults have come of age in a time when church is seen in society as the problem, not ​viewed positively or even as neutral. The young live in a world that perceives ​Christianity as undermining the social good.” 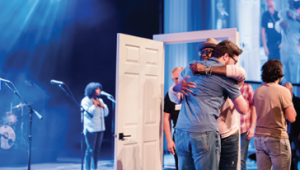 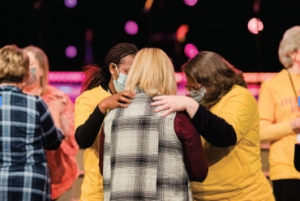 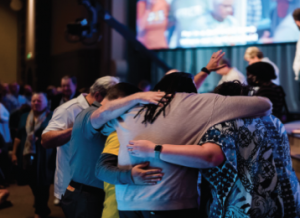 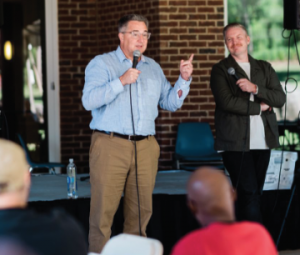 Leach believes this a critical time for the church to engage in self-examination. “Perhaps more than ever it’s time we take our finger and point it back inward and ask, ‘Lord, what have we done? What have we abandoned? What have we participated in that has led to this place of a diminished witness?”

Not without hope, Leach believes that the church still has an opportunity to provide a compelling witness. “We are still at this watershed moment,” she said.

The gospel of Jesus Christ remains a magnetic message. “The body of Christ is still the best vehicle the world has for translating the glorious good news of Jesus Christ to a lost and hurting world,” the Rev. Carolyn Moore, pastor of Mosaic Church in Evans, Georgia, and author of Supernatural, told the conference.

Unified Wesleyan Witness. From the very beginning, New Room and Seedbed has operated as a network for Wesleyans across a multi-denomination spectrum that wants to see a spiritual awakening in the United States and around the world. “We are an awakening platform and we are just trying to give it away,” Walt said. “As far and as wide as anybody will receive it.” He slightly modified the familiar appeal of Methodism’s founder John Wesley: “If your heart is as ours, let’s just take each other’s hands and let’s sow for awakening.”