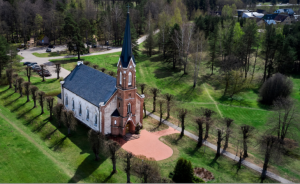 Since the 2016 General Conference, The United Methodist Church has been trying to find a way to resolve our differences that can be supported by a majority of the denomination. The Commission on a Way Forward was set up to bring recommendations to a special General Conference in 2019. Unfortunately, the Commission was not allowed to consider all options, but was limited to what the Council of Bishops thought would keep us “together” as a church.

At the 2019 General Conference, progressives and centrists put all their eggs in the “One Church Plan” basket. They believed the best or only way forward was to allow annual conferences and clergy to have autonomy to figure out whether or not to broaden the definition of marriage to include same-sex couples and ordain openly gay clergy. Traditionalists relied on maintaining the church’s long-standing conception of Scripture, defining marriage as between one man and one woman and restricting non-celibate gays from ordination.

In the months following General Conference, the question was asked whether a way could be found to bring about separation in a gracious, Christ-honoring way, rather than resort to spending millions of dollars on court battles over church property. This led to various groups trying to negotiate plans of separation that would be acceptable to many persons across the theological spectrum. Passing a plan of separation by a slim majority would not be helpful if many in the church refused to honor it.

Eventually, representatives of all the major advocacy groups (left, right, and center) agreed on the Protocol for Reconciliation and Grace through Separation. Crucially, this proposal also had support from leaders (mainly bishops) outside the U.S. Since then, it has been endorsed by five annual conferences, including very progressive and very traditional ones, ranging from 64 percent to 86 percent in favor. This is the kind of broad support that could lead to a successful implementation of a gracious separation.

The Protocol was headed for likely adoption at the May 2020 General Conference, until Covid-19 hit. The postponement of the conference, first to August 2021 and then to August 2022, has caused some to think that the Protocol has “timed out.” That for some reason, it no longer can be considered.

Of course, this is not true. The Protocol was validly submitted by the Sierra Leone, Michigan, and Zambia Annual Conferences prior to the deadline, and it is to be considered by the delegates at the General Conference, whenever it meets.​​​​​​​

The other myth floating around is that “conditions have changed” since the pandemic and therefore the provisions of the Protocol need to be reconsidered. I wrote on this question last week.

If anything, over the last two years, the need for the Protocol has become even more clear, with some annual conferences ordaining multiple non-celibate lesbians and gays as clergy. The divergence of practices from one annual conference to another and the divergence of theology regarding the inspiration and authority of the Bible mean that we cannot fruitfully live together in one church body.

This has not stopped a few church leaders from trying to find another way forward that does not involve separation or that keeps as many local churches as possible bound within the UM Church. Some leaders are still in denial about how deep the divide is within our church. Other leaders are in panic mode because any kind of broad separation will impact the UM Church institution in dramatic ways. Preferring to try to hold as many churches within the denomination as possible, by whatever means necessary, some leaders do not favor allowing separation at all. Such a short-sighted, institutional preservation approach will only make the conflict worse and cause more harm to the church.

Some leaders proposed that the jurisdictions should be abolished and that every region of the church should have two different conferences – one traditionalist and one centrist/progressive. Everyone would still be United Methodist, but the different theological conferences could operate under different rules according to their consciences.

This approach would not ultimately be acceptable to most traditionalists because it would leave us yoked as part of a denomination that affirmed what we believe to be contrary to the teaching of Scripture. It would also confuse the identity of what it means to be United Methodist.

Most progressives could not accept this approach because it would permit parts of the UM Church to practice what they call discrimination against LGBTQ+ persons. The need to “correct” the “injustice” practiced by traditionalists trumps any desire for a papered-over unity in the denomination.

About the same time that the Protocol became public, another proposal, called the Christmas Covenant, also came to light. The Christmas Covenant would set up each different region of the church (U.S., Africa, Europe, the Philippines) as its own separate conference, each able to operate by its own set of rules.

I have analyzed the shortcomings of the Christmas Covenant before. It does not solve the theological impasse because every region – and notably the U.S. – would have a significant number of both traditionalists and progressives. The fight would continue at a regional level, and it would be set up for progressives to prevail in the U.S. region of the church.

The Christmas Covenant may very well be how the post-separation United Methodist Church would organize itself. But it is not a substitute for the Protocol. Some form of separation is still needed to resolve the conflict.

Both the Connectional Conference redo and the Christmas Covenant also require two-thirds votes in favor at both the General Conference and all the annual conferences. (The Protocol does not.) This makes it even less likely for either to pass General Conference while traditionalists remain in the church.

One avenue for separation was adopted by the 2019 General Conference. That is the Par. 2553 disaffiliation. While the cost for this option has come down for churches in most annual conferences, it still remains high. While a few churches have taken this route, many local churches are unable to afford the cost, making it not a viable way for most churches that would like to move to the Global Methodist Church to do so.

Another option for separation has recently surfaced, which is to use Par. 2548.2 as a way to allow local churches to leave the denomination to unite with another denomination. This could be a viable way forward for some, especially if General Conference is unable to meet as scheduled. It would require a two-thirds vote by the local church and approval by the bishop, Cabinet, district board of building and location, and the annual conference. So there are a lot of hoops to jump through.

The 2548.2 separation would be helpful for local churches that are in a desperate situation in their annual conferences. Perhaps they experience hostility from their bishop or superintendent. Or perhaps many of their members are ready to leave the local church if it does not immediately take action. In these kinds of situations, 2548.2 could relieve the pressure on individual churches and clergy. For the reasons given above, however, it would not be a broad scale way to resolve the UM Church’s impasse.

Neither the 2553 nor the 2548.2 approaches would eliminate the need to pass the Protocol. For full and fair separation to take place, the Protocol is the only avenue before the delegates to achieve a gracious result.

A Call to Grace

Just in the last few days, another statement has been issued by centrist and progressive leaders calling upon the church to facilitate separation. They say, “The season for waiting on General Conference legislative solutions as the only way forward has passed. We recognize that continued delay in making decisions about the future of The United Methodist Church hurts our mission and is especially harmful to our central conference and LGBTQIA+ siblings who are caught up in this conflict.”

We would strongly support several of their proposals:

We strongly disagree with the Call to Grace assessment that, “Given the safety considerations that result from this [Covid] tragedy, it appears likely that the General Conference, scheduled for August-September 2022, may be postponed again.” The Commission on the General Conference is the only group that can make that decision, and they are currently operating under the assumption that General Conference will be held as scheduled. Any change in that position will be decided by that Commission in the spring. With the U.S. opening its borders to vaccinated persons and the steadily increasing supply of vaccines for non-U.S. countries, it appears feasible for delegates to travel to the U.S. for the conference. We continue to believe that an in-person General Conference is possible, and that a distributed General Conference would also be possible in the event that everyone meeting in the U.S. becomes impossible. What it will take is the will on the part of our leaders to make it happen.

What the Call to Grace and all the “other ways forward” show is that leaders across the spectrum long for this impasse to be resolved in a grace-filled way. Their statement says, “Those who have decided to remain in The United Methodist Church wish to begin doing the work now of envisioning the future UMC. To be able to do that requires the ability to graciously release others to their own future.” This works both ways, and we heartily agree.