The Structure of Things 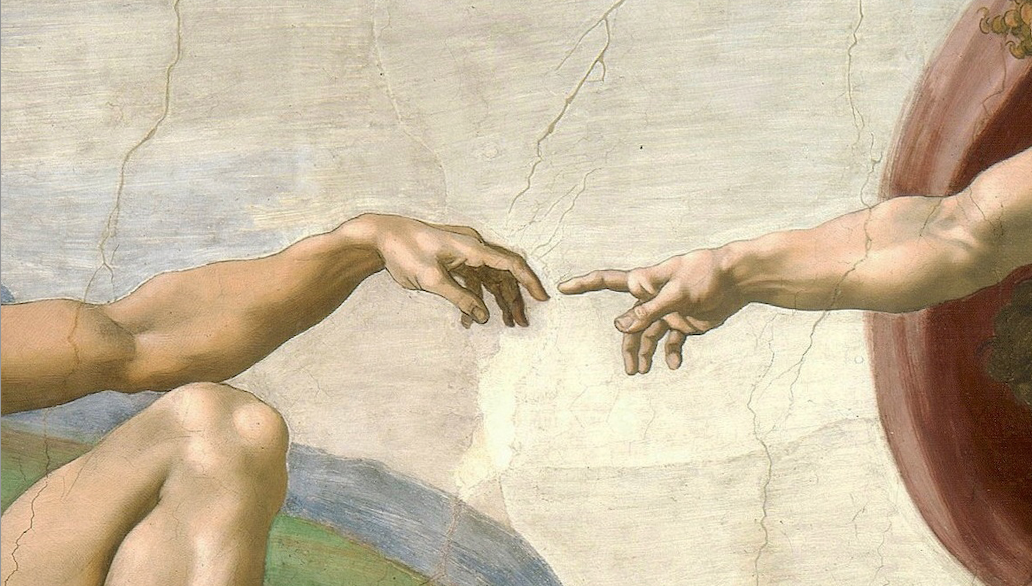 I would argue that many of the problems in the world today are because we reject the structure of things that God has placed inherently in his created universe.

Christians point back to Genesis 3 for the explanation of much that is wrong with the world today. We call it “The Fall.” It was when the first humans, Adam and Eve, chose to reject God’s structure and choose their own way.

Adam and Eve wanted to be like God, able to make their own determination about what was good and what was evil. As my pastor pointed out in his sermon on this passage last Sunday, the irony is that Adam and Eve were already like God. They were created in his image. They were made to live forever in fellowship with him. They would have expressed God’s understanding of good and evil by virtue of their continued fellowship with him. But they instead wanted autonomy – to make their own moral framework. In doing so, they rejected God’s structure, the structure that he had placed within all of creation, both morally/spiritually and physically. As a result, the whole structure became warped and spoiled, leading to the experience of sin and evil we witness today.

The Consequences of the Fall

Because Adam and Eve rejected God’s structure, sin and evil permeated the world. No part of the world is untouched by it. No person is untainted by it. This is what we mean by “original sin.” As our Articles of Religion put it, “it is the corruption of the nature of every [person], … whereby [humanity] is very far gone from original righteousness, and of [one’s] own nature inclined to evil, and that continually” (Article VII). We cannot reject the inherent moral/spiritual structure of the universe without consequence.

In the process, Adam and Eve are separated from God, cut off from the daily fellowship that they once enjoyed with him. This is spiritual death, and it is characteristic of all people today.

Adam and Eve were also banished from the Garden of Eden and no longer had access to the tree of life. So they began to physically die. As the generations rolled along, the lifespan of people grew shorter and shorter, until we arrive at the biblical “three score and ten” (Psalm 90:10).

All the sin, evil, death, and spiritual dis-ease we experience is traceable back to the human desire for autonomy from God. We reject the structure of things God has created and end up beating our heads against the brick wall trying establish our own structure in its place.

Among many examples, we see this tendency toward human autonomy manifested in our inclination to try to determine on our own when life can begin and when it should end. The U.S. is one of less than a dozen countries in the world that permits abortion up until the time of birth. We ignore the God-given structure that creates new life within a mother’s womb, and we choose to end that life that is made in God’s image.

The reason most abortions are “necessary” is that we have also rejected God’s structure for marriage and family. Waiting for sex within the context and security of marriage is considered ridiculously old-fashioned. Rather than following God’s structure of building a relationship that is finally expressed in marriage and culminated in sex, we opt for pleasure first, relationship and marriage later (if at all). Babies don’t conform to this human-made structure, so unwanted or unplanned pregnancies are terminated, compounding the first rejection of God’s structure by another rejection. This is not to diminish those tragic situations when abortion becomes a medical necessity to save the life of the mother. Even then, however, we are cognizant that we are ending a human life, not removing a blob of cells, and we rightly mourn the loss.

Our desire to be autonomous leads us to contemplate physician-assisted suicide. We want to determine the moment of our own death, especially if we feel we cannot endure living anymore. There are times when people are faced with horrible physical or emotional pain that seems to justify calling an end to the suffering through dying at a time and in a way of our own choosing. We have both a desire and an obligation to extend compassion and mercy to all in those situations. We are compelled to offer help, both medical and psychological, to ease the pain as much as possible. But the answer is not to draw an artificial ending to the gift of life God has given us, violating that life-affirming structure.

We see this tendency toward human autonomy manifested in the attempt to remake gender into a personal and social construct, rather than a God-given gift attached to the physical reality of our bodies. Again, we must be sensitive to the very real psychological distress that some experience in connection with their gender. The answer is not to remake our physical reality to align with our perception of ourselves. Rather, it is to reconnect with the structure of things that God has placed within each person, where body, mind, and spirit align together in a human unity.

Fortunately, God has provided a way out of the morass of human autonomy seeking. He sent his Son Jesus to restore the structure inherent in creation and redeem those caught in the trap of rejecting that structure in favor of their own invention. Coming to Christ for salvation, we voluntarily surrender our own self-will to his lordship. The futile attempts to create our own moral universe and the resulting sin, pain, and harm are forgiven – wiped away in Jesus’ death on the cross. His resurrection reestablishes the deeper logic of the universe under God’s sovereignty. As disciples, our minds and hearts are transformed in keeping with God’s will, not our own (Romans 12:2). Although imperfect in our attempts, we strive to grow in holiness, which is conformity to God’s way. By the power of the Holy Spirit, we are changed on the inside, leading to a change in our thinking and actions, demonstrating our allegiance to God’s kingdom.

This is what it means to be a Christian – not just a walk down the aisle to the alter, but a transformed life of discipleship. That is why it is so disheartening at times to see Christians adopting the world’s value structure, rather than God’s. Our modern society values individual autonomy in the extreme. As a result, each person becomes his/her own arbiter of truth. Rather than submitting ourselves to the revelation of God’s structure as found in Scripture and taught by the Church through the centuries, we deem ourselves competent to override the apostles and prophets of Scripture and honored teachers of the Church.

Yet, we do not rest easy as rulers of our own individual kingdoms and supposed masters of our own fate. We become unfocused and distracted in life, running after all the things our world values instead of the “one needful thing” that Mary discovered at the feet of Jesus (Luke 10:41-42). In the words of professors Jenna Silber Storey and Benjamin Storey (First Things, May 2021, p. 15), “we suffer from something like the pixelated vision of the fly.” We are drawn in so many directions that our lives are sometimes dissipated in fruitless activity.

To be effective as Christian disciples, we find our focus in Jesus Christ, the author and perfecter of our faith (Hebrews 12:2). He is the guide to the purpose and meaning of our lives. In his structure, we find true freedom. We can learn the lesson of submission to something and Someone greater than ourselves, finding our place in the God-given structure of the universe. Finding that place – our place – is the fulfillment of God’s intention for us, bringing him glory and saturating us with joy.