God In Our Secret Moments 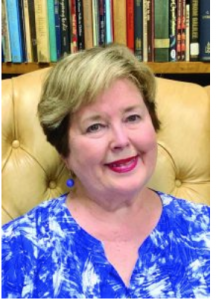 “It is always just possible that Jesus Christ meant what he said when he told us to seek the secret place and to close the door,” C.S. Lewis observed in God in the Dock.

In the Beatitudes, Jesus said, “And when you pray, you are not to be like the hypocrites; for they love to stand and pray in the synagogues and on the street corners so that they will be seen by people. Truly I say to you, they have their reward in full. But as for you, when you pray, go into your inner room, close your door, and pray to your Father who is in secret; and your Father who sees what is done in secret will reward you” (Matthew 6:6, NASB).

When my two sons were little boys, I gave them each a drawer at a table in their room. That drawer was theirs only. I called it their Special/Secret Drawer. They were young – ages five and three – and it gave them joy to have their own special place. Their own crayons, their own stamp collection, etc. I don’t know why it worked so well, but it did.

At that same time, I had my own Special/Secret Drawer in our guest bedroom. Into that drawer, I stuffed page after page of my hurtful marriage. I wrote a lot about my pain, my broken heart, and also a lot about what God was teaching me.  I read books that I knew would give me spiritual strength.

The book I clung to was Dennis Bennett’s book, Nine O’Clock in the Morning.  Bennett, an Episcopal priest, found himself in a spiritual wilderness. Along with his wife, Rita, he shared the fire that led to a longed-for renewal. This now classic story tells how the Charismatic Movement began and swept into churches across America.

I was in a spiritual wilderness. I could not sleep. I lost weight rapidly. I cried to the Lord for help.

The title of Bennett’s book is taken from a New Testament episode and the words of the Apostle Peter right after the Holy Spirit descended on the small group gathered and waiting for the Lord’s guidance. When they came into the streets, they were swaying and stumbling and so they were accused of being drunk. Actually, they were woozy with the power of the Spirit. Peter corrected them.

“These men are not drunk, as you suppose,” he said. “It’s only nine o’clock in the morning” (Acts 2:15). Then Peter explained that the prophet Joel had prophesied this very thing, that God said through Joel that he would, in the last days, pour out his Spirit on all people. That’s when the church was born, and three thousand people were added to their roll on that very day.

I began meeting the Lord each morning before the boys got up. There, he bathed me in love. I learned that, as C.S. Lewis said, Jesus implores us to pull away and go to God in secret. He would reward us.

That marriage lasted five more years before my husband divorced the boys and me. I include the boys in that statement because, by his choice, their dad has not seen them in thirty years.

But that’s not really the point of this article. I believe that my special times with my Lord in those early morning hours were the real reason I didn’t hit bottom five years later. The Holy Spirit had become real to me. And in all of the feelings of loneliness and betrayal that would come to me again, I knew I would make it. I threw away everything in that drawer.

In many churches, the Holy Spirit is ignored or feared. Yet when we ask him to baptize us with his Spirit, we find a life with Jesus that we had not known before. And by the way, he has never required me to do anything that would embarrass me. He is a Gentleman. My walk with him is between a Gentleman and a Lady.

Oswald Chambers says, “The Holy Spirit makes real in me all that Jesus did for me.” The United Methodist Church needs the power of the Holy Spirit to invade our lives with depth, joy, and power.  And we would all welcome a 3,000 member surge. Dear Lord, let it be.